Arsenal’s poor start to the Premier League season has left some fans desperate for new faces at the Emirates Stadium. With the January transfer window open, Mikel Arteta has the chance to bolster his squad for the second half of the season.

The Gunners have struggled in the league this season, and have found themselves in the bottom half of the table.

They’ve had disappointing defeats against Burnley, Wolves and Aston Villa at home since the start of the season.

But Arteta’s side have also beaten Chelsea and Manchester United in the Premier League, in an inconsistent campaign so far.

But the manager has talked down any chance of making signings this month, insisting that the squad is already too big. 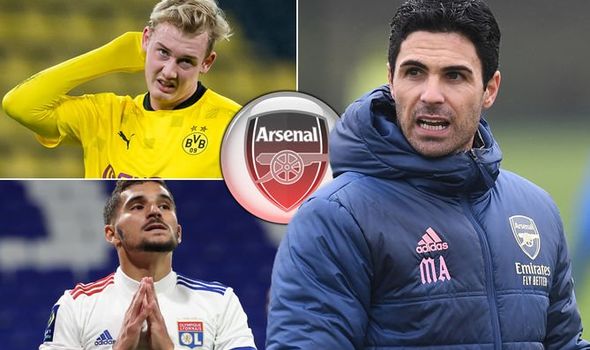 Arteta said: “Well, we have a large squad. We knew that and a lot of things we wanted to do in the summer, we couldn’t accomplish for different reasons.

“There are some players that are going to go on loan, they are going to leave, and that’s the priority at the moment.

“We cannot sustain the numbers that we have in terms of substitutions.

“We are looking to do that and then we will see if we have the right opportunities in the positions that we need some more help. We are working with the club to find that.” 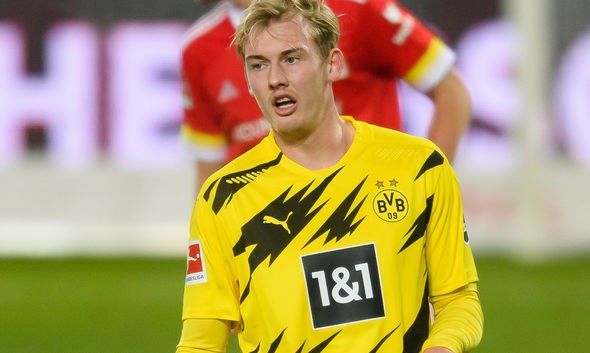 Arsenal’s interest in Brandt is genuine, according to Sport Bild’s Christian Falk, and the players are talking about his arrival in the dressing room.

Lyon’s Houssem Aouar has been linked with a move to Arsenal for well-over 12 months now.

Arteta is reportedly looking for a central midfielder, and Aouar would fit the bill perfectly.

But Lyon have put a £45million price tag on the France international, which may be too much for the Gunners.

Arsenal transfer news – who could leave?

Left-back Sead Kolasinac has already left the Emirates Stadium for his former club.

He agreed a loan deal to re-join his former colleagues at Schalke, in a bid to get regular first-team football.

Young centre-back William Saliba is reportedly fed up of life at the Emirates Stadium already. He signed for the Gunners a few years ago, but is yet to make a first-team appearance for the club.

Saliba has agreed with Arsenal to explore January loan options, according to L’Equipe, with PSV a viable destination.