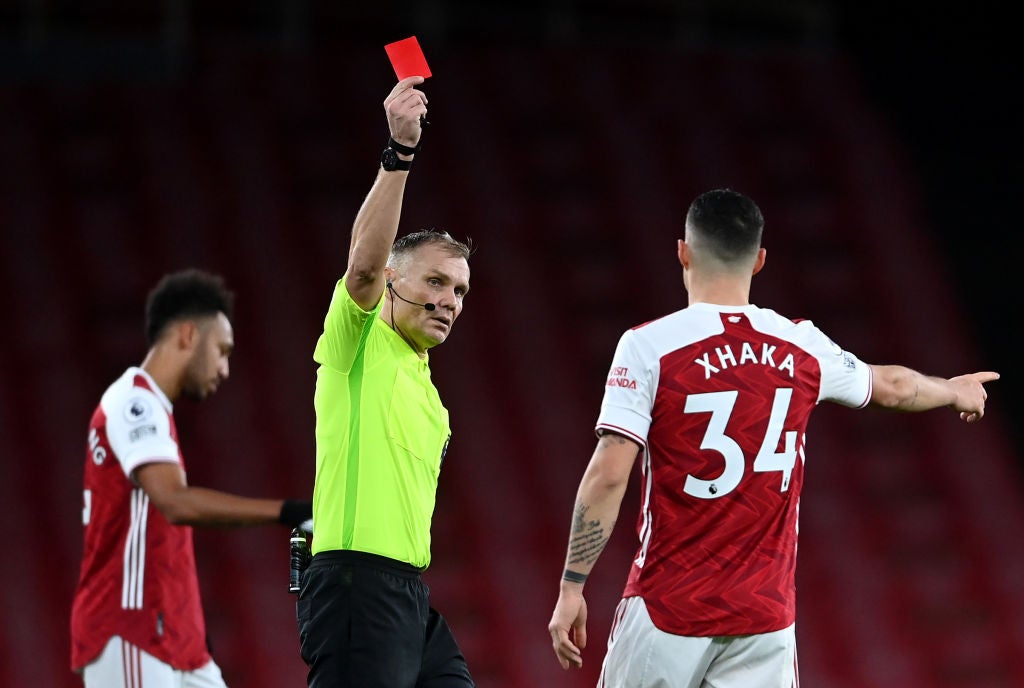 Granit Xhaka is sent off

It was, for a moment, a typical Granit Xhaka situation: a poor position, a poor challenge, an obvious yellow card.

But then, in the flash of an eye and in a game which had been very low in aggression and niggle up until that point, it became the other type of typical Granit Xhaka moments: brainless, needless, costly.

Dwight McNeil didn’t appreciate the blatant and slightly reckless foul in the first instance, which saw Xhaka get booked. The two squared up, Xhaka stepped back and fell over Ashley Westwood – then got up and grabbed the Burnley man around the throat, shoving him over too.

At what point does idiocy outweigh…whatever it is Xhaka brings the Arsenal midfield in his manager’s eyes? The Swiss midfielder has let the side and the support down time and time again, never learning and never improving.

As an aside, it’s now seven red cards since Arteta was appointed – no other team has had more than three.

Arsenal were in the ascendency until the red card, so it’s no surprise that one of Burnley’s key performers was goalkeeper Nick Pope.

He made both the routine and the slightly more spectacular saves, his handling off aerial balls was flawless and he came out of his box to good effect more than once.

Questions remain over Jordan Pickford, England’s No. 1, and Pope is best-placed to challenge him as the only real regular in the top flight who is in Gareth Southgate’s usual set-up.

But Pope’s own form this term hasn’t been terrific – so this outing was a real step forward for him, as well as for the Clarets in general. 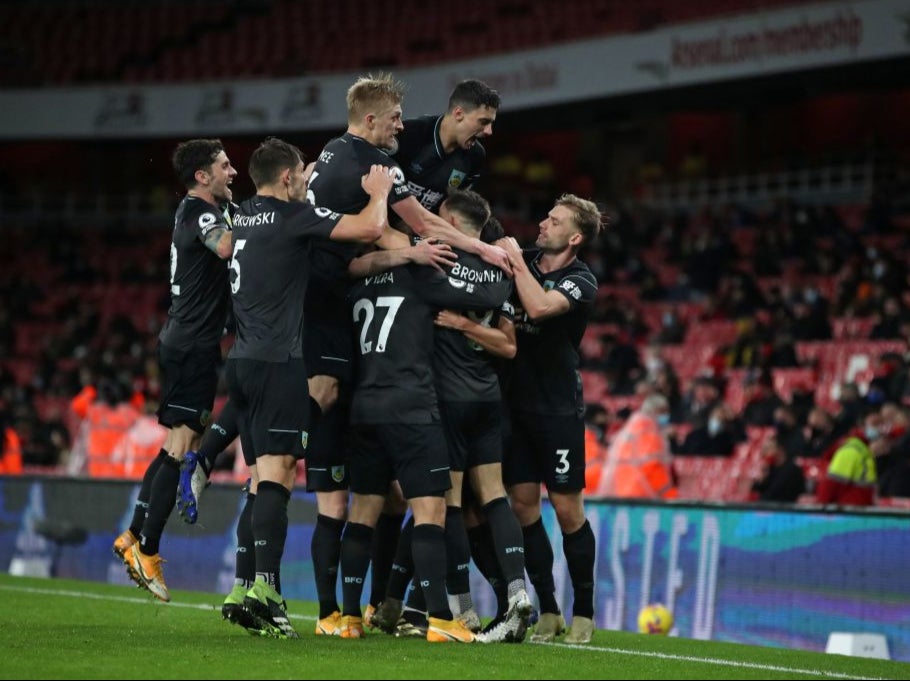 With the exception of Leicester, it proved to be an awful weekend for the English clubs who played in Europe.

Arsenal were just as susceptible to the joint-malaise suffered by Champions League and Europa League teams alike, unable on this occasion to match points and progress on the continent with victories domestically.

The Manchester sides drew – United would have taken that in midweek, in fairness – Chelsea lost, Spurs dropped points late on and Liverpool needed a late penalty themselves to earn a point.

It was the Gunners out of the so-called big six who looked best-placed to buck the trend…up until the 57-minute mark. Instead, they now merely look best-placed to no longer be referred to in conjunction with the phrase ‘big six’.

After Fulham took a point against Liverpool, this was an absolutely huge three points for Burnley.

Nine points means they are out of the relegation zone, one point above Fulham who are just below the dotted line.

Whether or not it’s relevant over the longer-term haul of the season, it also leaves Burnley just two places and four points behind Arsenal themselves, who now have one win in eight in the league.

With Southampton, Everton and Chelsea to come next, matters won’t be any easier for Arsenal in the coming weeks – while the Clarets now have challenges against Villa, Wolves and Leeds to try to add further points and kick-start their season rather later than usual.