Arsenal boss Mikel Arteta has been warned that he may have an unhappy player at the club in Emile Smith Rowe despite the Gunners’ strong start to the season. Five wins from their opening six games has seen Arsenal sit top of the Premier League table, and they have also won their opening Europa League game.

The Spanish coach has preferred a front four of Gabriel Jesus, Bukayo Saka, Gabriel Martinelli and Martin Odegaard that have begun the campaign with a combined ten league goals this season. The form of the forwards in the team has kept them ahead of the likes of Smith Rowe, who will have to wait for his opportunity.

The Englishman has played just 48 minutes this season across four substitute appearances, and may be getting impatient with his playing time according to former Aston Villa defender Alan Hutton.

“I think it’s been a difficult start to the season for him [Smith Rowe],” Hutton told Football Insider. “I mean, he’s still a very young player, he came in and he was one of the reasons they did well last season, him and the likes of Saka really set it alight. 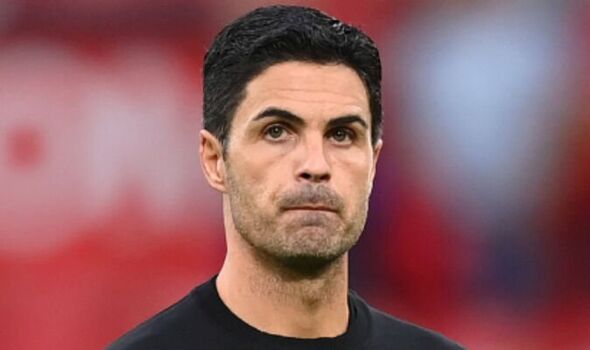 “With the players that are coming in, I don’t think he’s really had the game time that he was after. You can see just in his demeanour, he looks a little bit down, he’s not as happy as he was last season.

“Getting an injury at this point in time is not ideal, especially if you’re not a main player within that team. So it’s really about him recovering from this and getting back to where he was. We know he’s a great player but you have to show the manager that you can do it on a consistent basis.“ 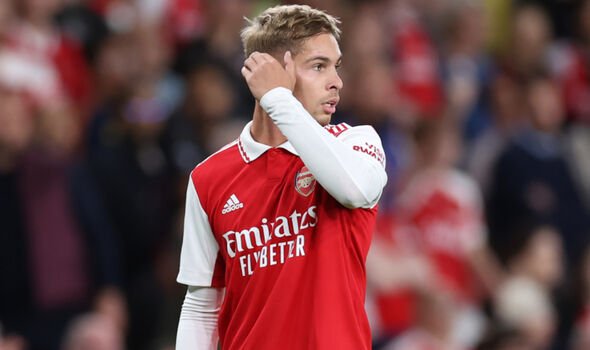 Smith Rowe suffered an injury in the warm-down after Arsenal’s 3-1 defeat to Manchester United last month, and may also miss the trip to Brentford according to GOAL. The majority of the 22-year-old’s playing time last season came on the left of a front three, where he scored ten times in the league last season.

However he has also been deployed in a deeper midfield role, including when he was brought on at Old Trafford. Martinelli’s strong form this season, three goals and three assists in six league games, makes it unlikely that Smith Rowe will reclaim that place among the forwards anytime soon.

The performance of Marquinhos during Arsenal’s Europa League win over FC Zurich saw him receive plenty of praise for a goal and an assist on his Gunners debut, while Fabio Vieira is returning to full fitness following an injury he picked up in pre-season to further add competition for Smith Rowe.