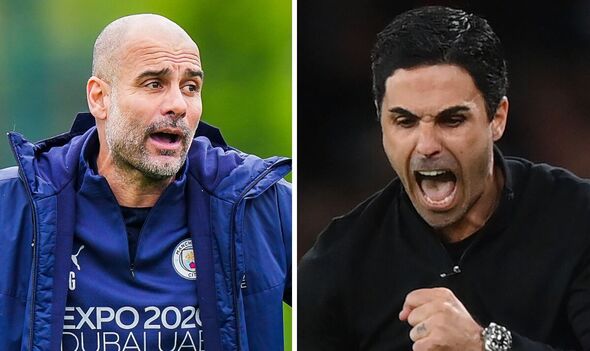 Arsenal look set to finally welcome back Emile Smith Rowe from his long injury lay-off in a significant boost to Mikel Arteta’s title hopes. The 22-year-old has been out of action ever since he pulled up in the warm-down following the 3-1 defeat to Manchester United back in September.

Last season saw Smith Rowe establish himself as a regular source of goals in Arteta’s side, finding the net 11 times in all competitions. Martin Odegaard’s move to Arsenal somewhat stunted Smith Rowe’s progression, but he was still held in high regard by Arteta and his fellow coaches.

He had to make do with a bit-part role earlier in the campaign before needing to undergo surgery on a troublesome groin injury. But the versatile attacker is now back and reportedly set to start in Arsenal’s FA Cup tie against Oxford on Monday.

It comes at a time where Arsenal are short of options off the bench in attack with Gabriel Jesus also out injured. Arteta ran out of ideas in Arsenal’s last fixture against Newcastle with the attacking trio of Gabriel Martinelli, Eddie Nketiah and Bukayo Saka unable to break down Eddie Howe’s rigid defence.

But Smith Rowe’s return to fitness gives Arteta a different option to change things up in attack. He scored most of his goals from the left flank last season, but he’s more than capable of being as effective as the attacking midfielder.

With Arsenal being so successful this season, Smith Rowe has become somewhat of a forgotten man at the Emirates. Martinelli, Saka, Odegaard and Jesus have all stolen the limelight at Arsenal while they’re also being linked with a big-money move for Mykhaylo Mudryk.

But Smith Rowe had been knocking on the door of the international team before his lay-off and his return will be a welcome boost for Arteta. City are breathing down Arsenal’s neck at the top of the table and Pep Guardiola is spoilt for choice in the attacking areas to change things up when it isn’t working.

There was no better evidence than their last game against Chelsea on Thursday with Guardiola being able to bring on both Riyad Mahrez and Jack Grealish in the second half, with the pair linking up for the game’s winner. Against Newcastle, Arsenal’s only real attacking options on the bench were both Fabio Vieira and Marquinhos.

Both have been tipped for bright futures, but they’ve found minutes hard to come by in their debut seasons at the Emirates. Young Nathan Butler-Oyedeji was even named on the bench as a central attacking option for Arsenal in that game, although Arteta opted not to give him a chance.

Arsenal’s ‘forgotten man’ will almost certainly be needed in both fixtures and it won’t be long until fans are reminded of his talents.