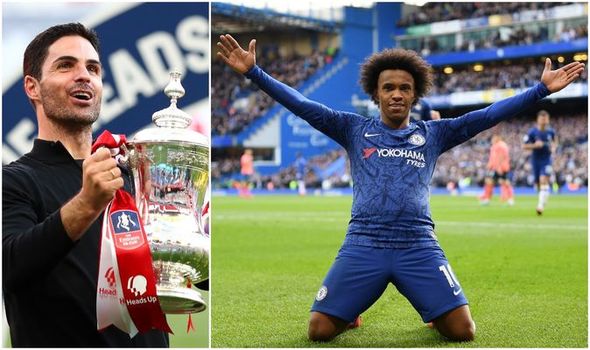 Arsenal could make four signings in the summer transfer window to strengthen Mikel Arteta’s ranks ahead of the Spaniard’s first full campaign in the dugout.

The FA Cup success has ensured a place in next season’s Europa League, while the team’s encouraging form in the Premier League in 2020 has given fans hope of a bright future under Arteta.

The Gunners have a limited transfer budget due to the financial impact of the coronavirus crisis the prospect of a fourth season outside the Champions League elite.

A new defender, midfielder and creative options are being looked at as Arteta.

Express Sport takes you through the Arsenal’s potential incomings and outgoings plus a potential XI at Arteta’s disposal for next term.

Bernd Leno was enjoying an impressive campaign before suffering a season-ending injury at Brighton.

Emiliano Martinez has shown his class while deputising and is likely to be the cup keeper next season.

A central defender to partner Willian Saliba is on the agenda.

Former Nice centre-back Malang Sarr is a target and could prove a bargain addition to fit their transfer budget. 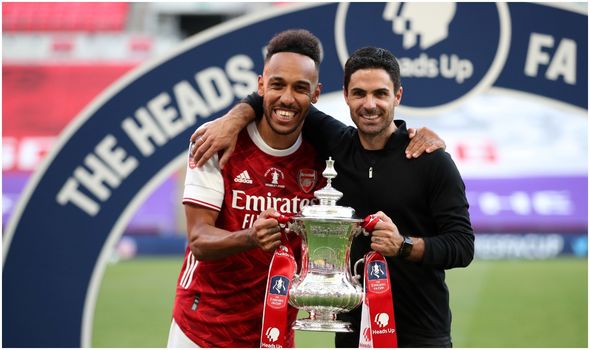 The likes of David Luiz, Pablo Mari and Rob Holding would provide strength in depth, Sokratis Papastathopoulos faces the axe while Calum Chambers could be loaned out.

Hector Bellerin and Cedric Soares will battle for the right-back spot. Kieran Tierney has the opposite flank secured so Sead Kolasinac could depart to ease the wage bill.

Atletico Madrid ace Thomas Partey is the top target, while a loan extension is being sought for Dani Ceballos.

A couple of outgoings are likely in the form of Lucas Torreira and Matteo Guendouzi set for the chop. 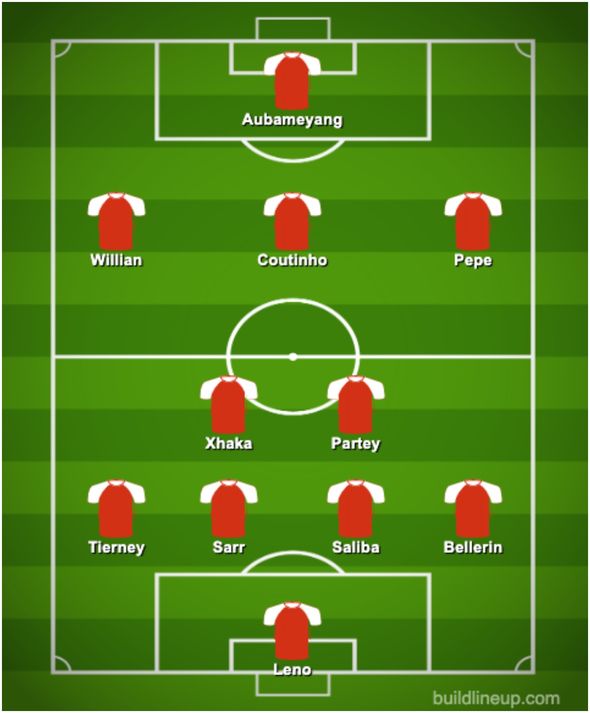 A new contract for Pierre-Emerick Aubameyang would be the best deal of the summer.

Willian is set to join on a free transfer from Chelsea. He could be joined by fellow Brazilian Philippe Coutinho on loan from Barcelona thanks to the club’s connections to Kia Joorabchian. Mesut Ozil could also depart, although his wages could prove problematic.

The likes of Bukayo Saka, Eddie Nketiah and Reiss Nelson would be expected to provide a long-term option for Arteta.