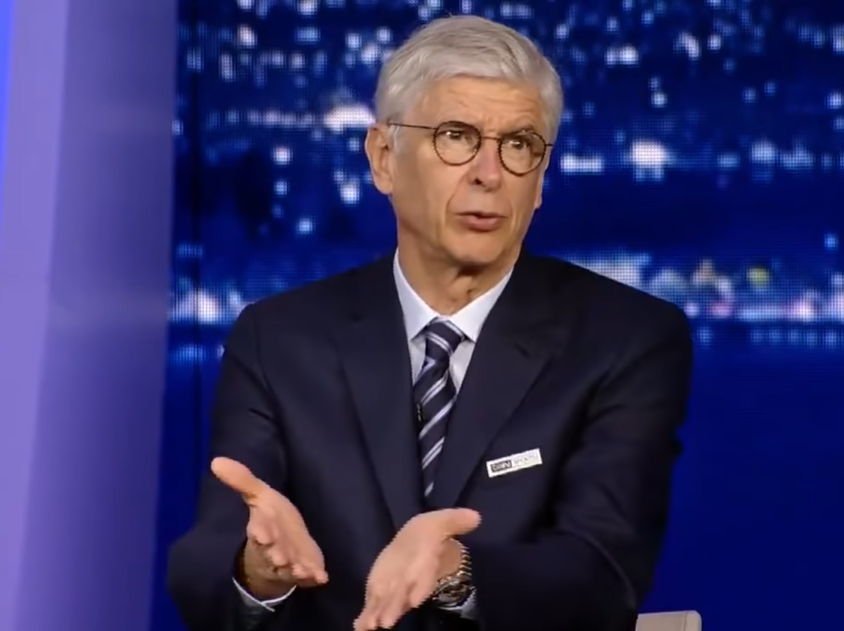 Saka and Smith Rowe have emerged from Arsenal’s Hale End academy in the last 12 months, while Martinelli was signed in 2019 for a fee of around £6m.

The trio are part of a new wave of players emerging at the Emirates, as Mikel Arteta discards with Wenger-era players like Mesut Ozil, Sead Kolasinac and Shkodran Mustafi.

Arteta took time to embrace the club’s academy players but the injection of Smith Rowe and Saka into the side has given supporters renewed hope that the Gunners can mount a recovery in the coming years.

And Wenger is no different, with the former Arsenal boss admitting he’s ‘optimistic’ about the club since seeing the trio emerge.

‘They [Smith Rowe and Saka] already were there when I was there a few years ago,’ said Wenger.

‘We had always a good youth system, with good young players. It’s good to see that they come out.

‘We just spoke about injuries and touch wood that these players [don’t get long-term injuries]. It’s a sensitive part between [the ages of] 20-22 once they get game after game to see if their body can adapt and cope with it.

‘Lets hope. They look to me to have top quality and as well a good mentality so I am quite optimistic for them.’

Wenger was speaking before Arsenal’s 1-0 defeat to Manchester City at the Emirates.

Smith Rowe was benched for the visit of Pep Guardiola’s side, while Saka was Arsenal’s liveliest player against the league leaders.

Raheem Sterling scored within two minutes and City looked to build on their lead during a dominant start.

But Arsenal came back into the game, even if they did fail to find an equaliser.