Coutinho’s agents are said to be travelling to London for further talks with the Gunners, while financially-striken Barca are said to be desperate to shift the high earner from their books.

However, Arsenal will have to fend off interest from their Premier League rivals Tottenham, Everton and Newcastle to sign the Brazilian. 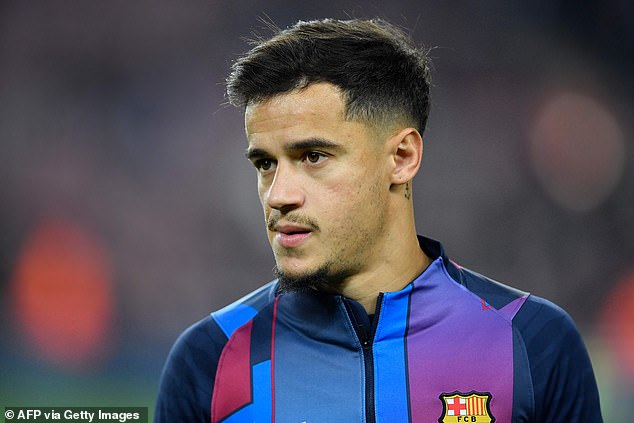 According to Fichajes.net, Arerta gave ‘a resounding yes when approving the arrival’ of the former Liverpool midfielder.

The Arsenal manager hopes Coutinho can rediscover the world class form he demonstrated during his time at Liverpool.

Speaking about his January transfer plans, Arteta said: ‘It would be useful to change something, even if it is never easy. 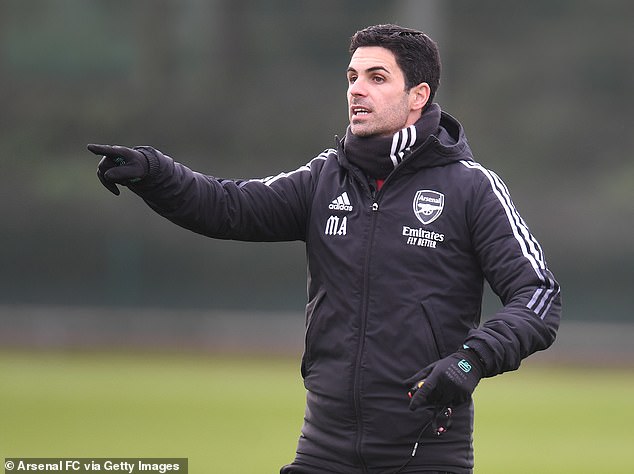 ‘We are working towards this, to understand what our needs are, and to find the right solutions.’

However, the Brazilian may struggle to make the Gunners starting XI after Arteta admitted he has been ‘very happy’ with their recent performances.

The Arsenal manager also said his side were showing unity’. He said: ‘We go to every ground to try to impose our game and this was a really good example.

‘It is a big win for us. We looked sharp and committed. I am very happy. It is not easy to win away in the Premier League. 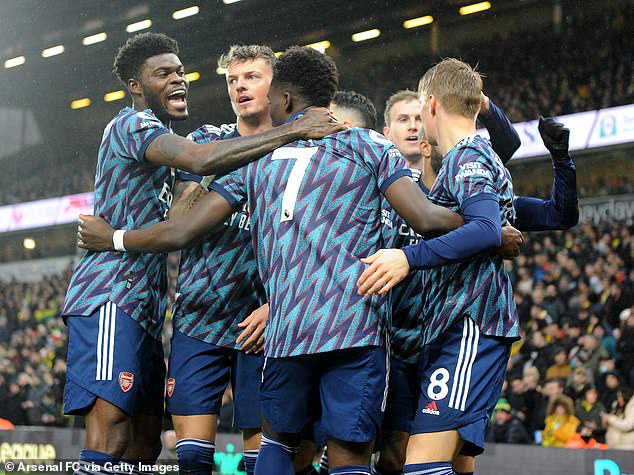 ‘The way we were dominant from the beginning and the quality we showed, I am very happy.

‘The direction the team is taking, how we are growing, the understanding, the unity and the support from our supporters in every ground is very much linked with the way we want to play.

‘The unity around the club and with our fans is very pleasing.’

Wales stars to share £10MILLION after qualifying for the World Cup