Arturo Vidal has revealed he isn’t happy with his current situation at Barcelona.

Vidal has made just one start for Barcelona this season, which came in the 4-0 La Liga win over Sevilla earlier this month.

He has found himself out of the pecking order with Sergio Busquets, Arthur and Frenkie de Jong all occupying the three central midfield positions. 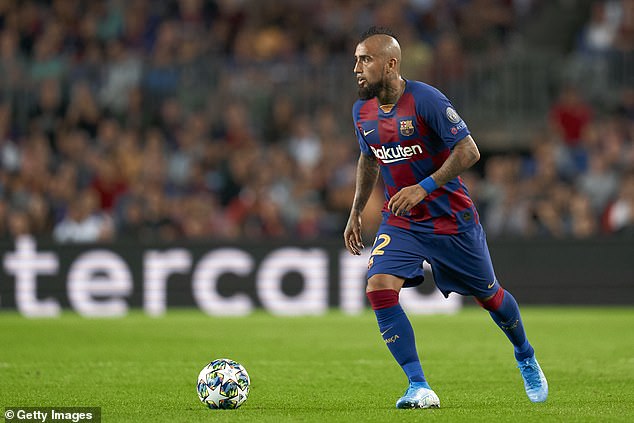 It has led to reports in Italy suggesting Vidal could be on his way to Inter Milan when the transfer window reopens in January.

But Vidal wants to try and work his way back into the team before considering his future away from the club further.

He told Chilean newspaper El Mercurio: ‘I will work hard to not leave this club and contribute to our seasonal objectives. But I’m not happy. 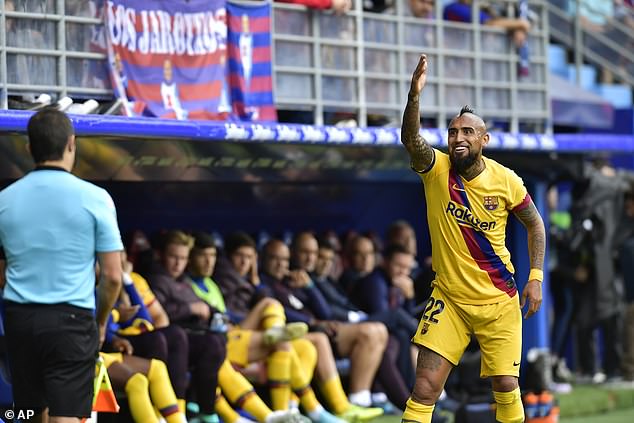 ‘Even if I’m trying to get through this situation and earn a place in the starting line-up.

‘I have worked hard my whole career, my moment hasn’t arrived yet, but I’m calm, as I know it will.

‘I don’t seem to be able to find an explanation. There are different ways to look at football, these are the decisions a coach must take. I try to help the squad when I’m called upon.’