Report and highlights as Leicester held on to secure 2-1 win at Aston Villa; hosts without injured Jack Grealish; Brendan Rodgers’ side raced into a 2-0 lead through James Maddison and Harvey Barnes goals; Villa hit back through Bertrand Traore; Foxes go second while Villa stay eighth

Leicester moved up to second in the Premier League after securing a 2-1 victory against Aston Villa on Super Sunday.

Brendan Rodgers’ side raced into a two-goal lead thanks to strikes from James Maddison (19) and Harvey Barnes (23), further enhancing their England claims in front of Gareth Southgate.

Southgate would have been disappointed not to have been able to cast an eye over Aston Villa captain Jack Grealish, who was missing through injury.

Villa struggled in the first half without their talisman, but they were given a route back into the game immediately after the interval through Bertrand Traore’s close-range finish in the 48th minute.

It set up a big finish to the game, but Leicester, who move above Manchester United ahead of their clash with Newcastle on Sunday evening, held on for victory at Villa Park.

Defeat leaves Aston Villa, who do not expect Grealish to be sidelined for long, in eighth. 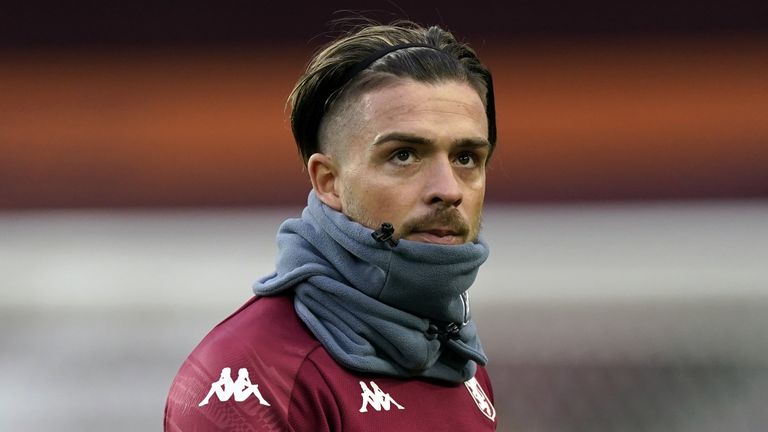 Leicester were quickly out of the traps and they were first to nearly every ball as Aston Villa, without Grealish, struggled to get a foothold in the game.

Despite the visitors being on top, it was Villa who created the first real opening of the game as Anwar El Ghazi’s cross picked out Traore on the edge of the six-yard box, but the forward’s shot was brilliantly blocked by full-back Luke Thomas.

The 19-year-old’s intervention proved critical as Leicester went straight up the other end to break the deadlock. Maddison was afforded far too much time on the edge of the penalty area and he bent the ball beyond the dive of Emiliano Martinez and into the bottom corner.

It was two four minutes later as Martinez spilled Jamie Vardy’s shot and Barnes was quickest to react, firing the ball into the roof of the net to give the visitors a commanding advantage at the break.

Most @premierleague goals + assists since Boxing Day this season:

Villa lacked any sort of spark in the first half, but whatever Smith said to his side at the break worked a treat as Matt Targett’s cross found its way to Traore, who fired home from close range three minutes into the second half.

However, Leicester held firm and Maddison tested Martinez with a free-kick before being forced off with an ankle problem and replaced by Nampalys Mendy after 64 minutes.

Vardy dragged wide as the game ambled to a conclusion and Villa tried to find the momentum to earn a point.

0.9 – Under Dean Smith, Aston Villa have averaged 1.5 points-per-game in league competition when Jack Grealish has featured compared to 0.9 points-per-game without him, losing all three Premier League matches without the Englishman since the start of last season. Centrepiece. pic.twitter.com/QafEdQ7IKY

What the pundits said…

“The impressive thing about this Brendan Rodgers’ side is the ability to deal with injuries. It shows their squad depth.

“They also bring in youngsters and the manager shows faith in those players.

“The tempo they started at showed they were not messing around. It caught Aston Villa off guard, and they were relentless. It was wave after wave of attack in the first half.”

Man of the match – Harvey Barnes

13 – Only Jamie Vardy (14) has scored more goals for Leicester this season than Harvey Barnes (13), who has now had a direct hand in nine goals in his last 11 Premier League matches (6 goals, 3 assists). Consistent. #AVLLEI pic.twitter.com/fVFZBuaCYx

Sky Sports‘ Jamie Redknapp: “I have been so impressed with Harvey Barnes all season. He has so much power and pace. He must be a nightmare to play against.

“He’s a player who is so high on confidence with a manager who really believes in him.

“You could see before half-time that Brendan was telling him, ‘every time you get the ball, I want you to run with it’. It helped that he was up against a right-back in Ahmed Elmohamady that hasn’t played a lot of football but he’s been doing it all season.

“He’s got tremendous quality and I’m really enjoying him at the moment. He might not get into the Euros as he’s got a long list ahead of him in Rashford, Grealish, Sancho, Sterling, Saka to name but a few.”

Sky Sports‘ Andy Hinchcliffe: “Harvey Barnes has really showcased his talents in this game. His strength, his speed and he scored as well. He’s adding more goals to his game and that’s absolutely vital for his development. Surely Gareth Southgate, watching on, has to have been impressed with his performance.” 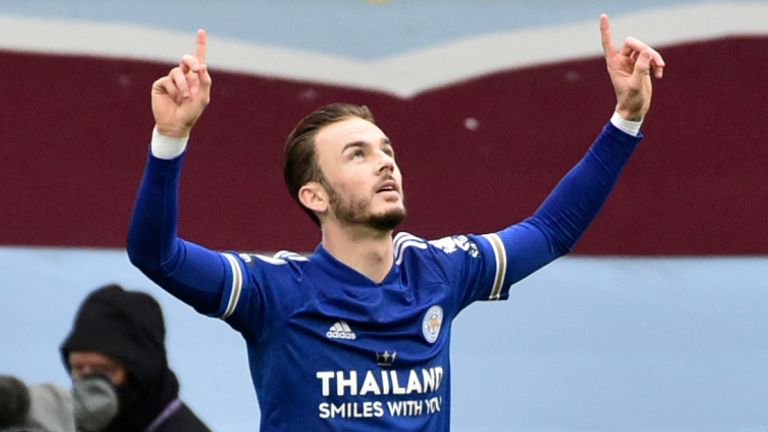 Meanwhile, Leicester are back in Europa League action on Thursday when they face Slavia Prague in the second leg of their last-32 clash before facing Arsenal next Sunday; kick-off 12pm.