Jack Grealish answered Dean Smith’s call for goals as one Aston Villa fan left another feeling very much at home at Villa Park.

Just days into his Villa reign, Smith had challenged his fellow supporter to add goals and assists to his stylish repertoire.

And Friday night the fans’ favourite opened the scoring on just four minutes to set up a second home victory in as many home games in charge for Smith, who answered the emotional call of his boyhood club after Steve Bruce’s sacking. 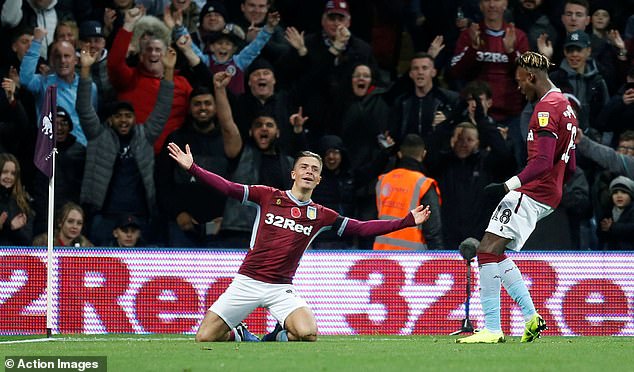 James Chester made sure of victory over a struggling Bolton side with a second-half header as Smith’s side responded in ideal fashion to back-to-back away defeats.

‘Jack’s been doing that since I’ve been here, he should’ve scored against Swansea and QPR and had chances against Norwich,’ said Smith. ‘He finished the goal really well, he could play more advanced for us.

‘It’s something we’re working on with him and he’s getting better at it. 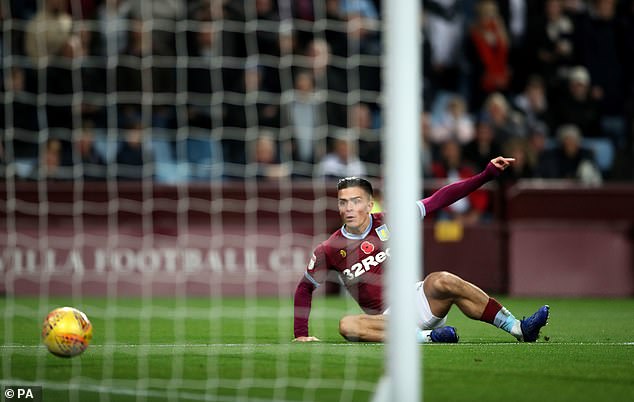 ‘He has the qualities to score regularly.

‘We deserved the win, but we weren’t anywhere near our best.

‘Once we scored our second goal, we had a 15-20 minute spell when we were excellent, it shows the levels we can get to.

‘There were lots of good things about the performance, but there was a lot of averageness as well – but it’s good to be saying that after a 2-0 win.’ 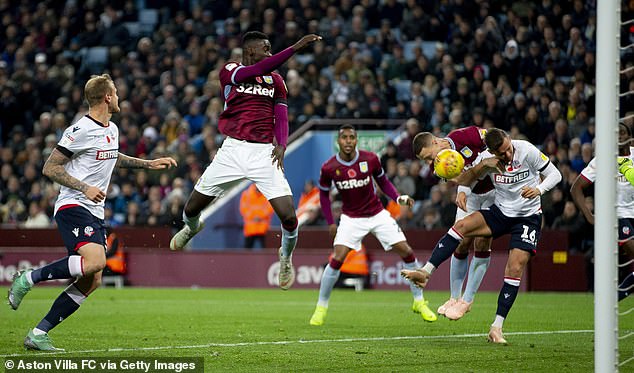 Villa led from the game’s first meaningful attack as Tammy Abraham superbly served up a chance that Grealish snapped up in style.

The on-loan Chelsea striker received Alan Hutton’s pass and turned skillfully away from a defender before threading a perfect pass into Grealish.

The midfielder timed his run to remain onside before rounding goalkeeper Ben Alnwick and finding the empty net.

Bolton had chances, most notable when Chester cleared a Jack Hobbs header off the line and when Villa goalkeeper Orjan Nyland saved well from Craig Noone. 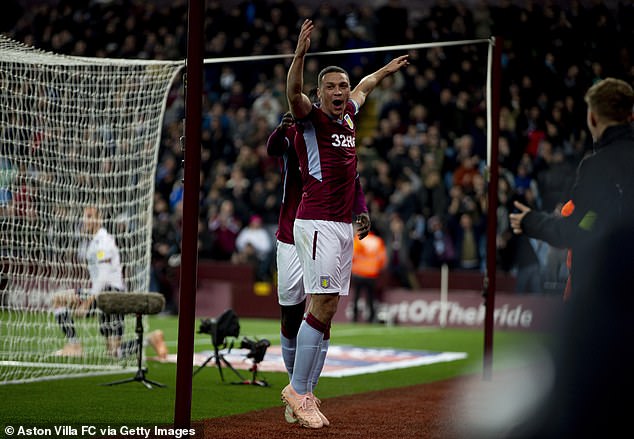 But Chester made sure of victory for Villa on 58 minutes, heading home from a Grealish free-kick after Bolton were penalised for fouling John McGinn to leave manager Phil Parkinson seething.

‘Joe Williams won the ball cleanly,’ said Parkinson. ‘It was a great tackle.

‘Officials have got to give us a helping hand by calling those very simple decisions right.

‘I think it’s unacceptable for this level. Their performance was probably not up to the standard required.’ 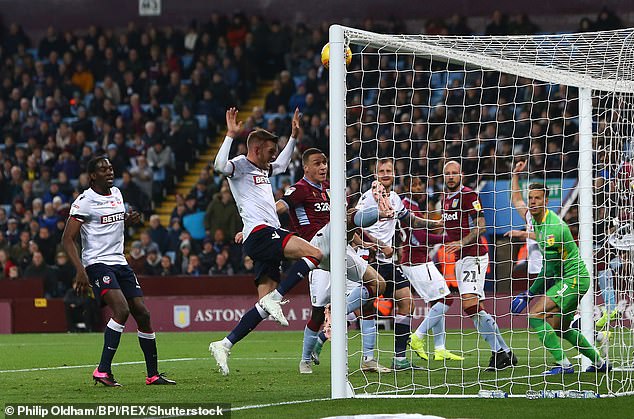 The midfielder timed his run to remain onside before rounding goalkeeper Ben Alnwick and finding the empty net. Villa could have been 2-0 ahead on 14 minutes when Albert Adomah cut in from the left before curling an effort just past the far post.

Bolton found some momentum, however, and should have drawn level when Villa defended poorly from a set-piece and Jack Hobbs headed goalwards, only for the acrobatic James Chester to clear brilliantly off the line.

Then John McGinn headed into the side netting as Bolton failed to clear their lines in a frantic scramble shortly before half-time.

Early in the second half Jonathan Kodjia produced a dangerous cross for Abraham, who was unmarked with the goal in his sights but failed to get the ball under control.

Then goalkeeper Orjan Nyland came to Villa’s rescue with a smart, low save with his legs to deny Craig Noone. But Villa doubled their lead on 58 minutes after McGinn was flattened to earn a dangerous free-kick.

It was swung by Grealish to the far post, where Chester beat Pawel Olkowski to head home.

Abraham went close to a third for Villa with an athletic overhead attempt that landed on the roof if of the net before Noone sent a long-range effort just wide for Bolton.

And in the closing stages Christian Doidge, the Bolton substitute, could have set up a tense finish but was denied superbly by a saving tackle by Axel Tuanzebe.

Harry Maguire's form is being questioned by his Man United teammates