Report and highlights as Aston Villa ease past Newcastle; goals from Ollie Watkins and Bertrand Traore seal all three points; Villa up to eighth, five points behind fourth-placed Liverpool with two games in hand; Newcastle now without a win in 10 games as pressure increases on Steve Bruce

Dean Smith, who was serving a one-game touchline ban for clashing with the officials during his side’s defeat at Manchester City on Wednesday, would have been delighted with what he saw from the stands as his side eased into a two-goal lead in the first half.

Ollie Watkins (13) ended a run of nine games without a goal to head past Karl Darlow before Bertrand Traore’s superb finish extended the hosts advantage (42). 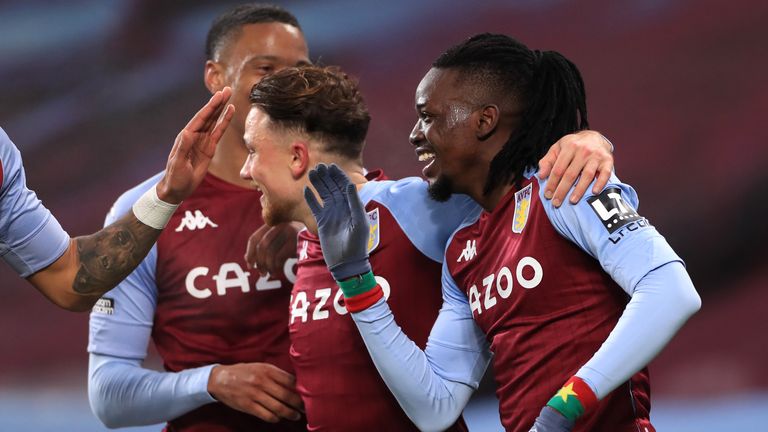 The visitors did welcome back Allan Saint-Maximin in the second half after more than two months on the sidelines with coronavirus, but a fightback never materialised as Villa eased to all three points.

Villa are now up to eighth and find themselves five points behind fourth-placed Liverpool with two games still in hand.

Meanwhile, defeat ramps up the pressure on Newcastle boss Steve Bruce, whose side are seven points above the relegation places and without a win in 10 games in all competitions. 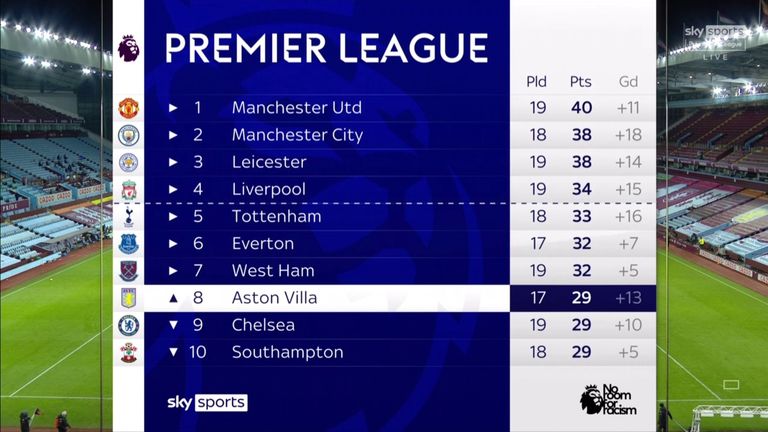 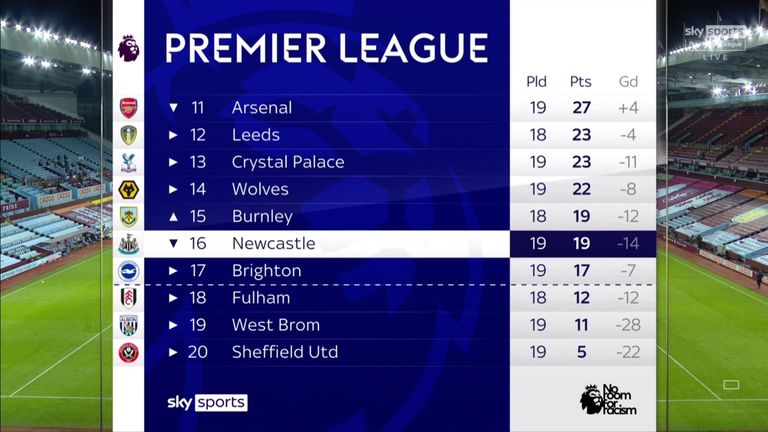 Carra: ‘Newcastle becoming a nothing club’ 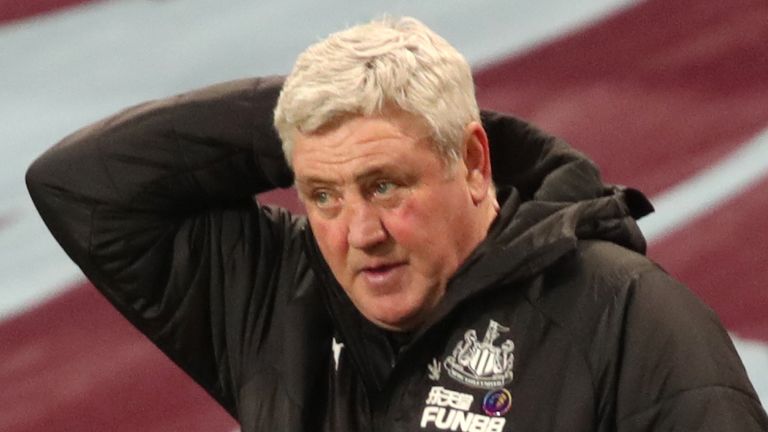 Jamie Carragher fears for Newcastle’s long-term future under the ownership of Mike Ashley and feels Steve Bruce’s side are drifting into another relegation fight following their latest poor performance.

“I mentioned how impressed I have been with Aston Villa, not just tonight but all season,” said the Sky Sports pundit.

“It’s the complete opposite with Newcastle. It just feels like a club that’s nothing at this moment, just sleep-walking into another relegation dog fight.

“Twice they have gone down under Mike Ashley. At this moment they have a bit of a gap between them and Fulham. There is still a long way to go but I would say Fulham and West Brom are in much better form than Newcastle.

“Steve Bruce is getting criticism at the moment. He’s the manager and the buck stops with him but until Newcastle get new ownership, we are going to be seeing the same thing.

“A team who are just drifting, doing nothing, becoming a nothing club and that’s what Newcastle have never been. There’s always been some sort of spark, some sort of interest, some sort of enthusiasm when you watch them play. 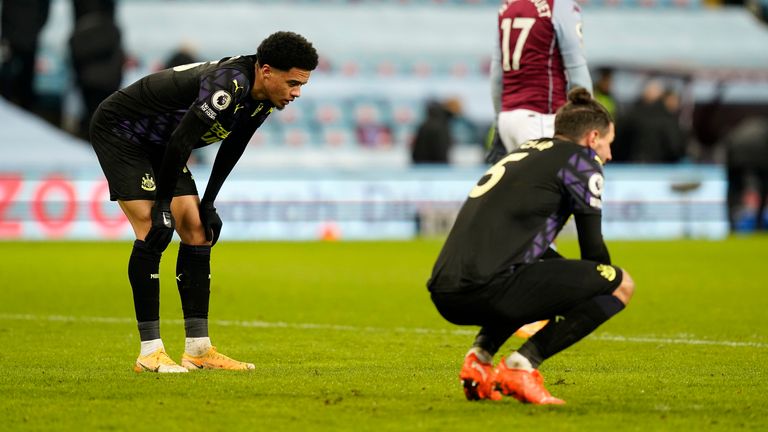 Next up for Aston Villa is a trip to Turf Moor on Wednesday to face Burnley; kick-off 6pm.

Meanwhile. Newcastle are back in action on Tuesday when they host Leeds at St James’ Park; kick-off 6pm.