Atletico Madrid’s £113million signing Joao Felix was the star of the show in the Spanish club’s pre-season victory against Juventus.

The talented Portuguese attacker had posed a constant threat in the ICC friendly in Sweden, and twice fired his side into the lead in the first half.

Juventus midfielder Sami Khedira had levelled the scores on 29 minutes but the Italian outfit, and new manager Maurizio Sarri, were ultimately left frustrated at full time. 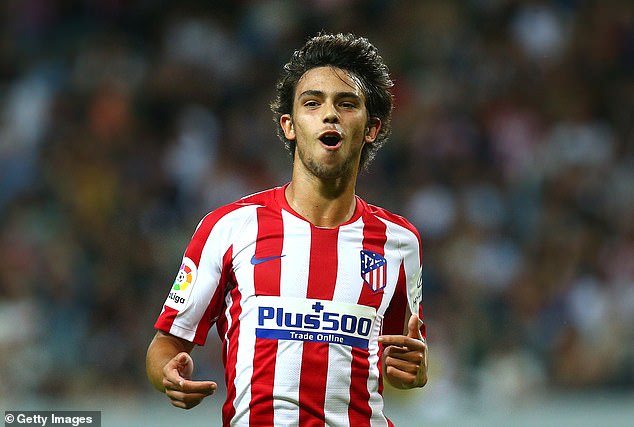 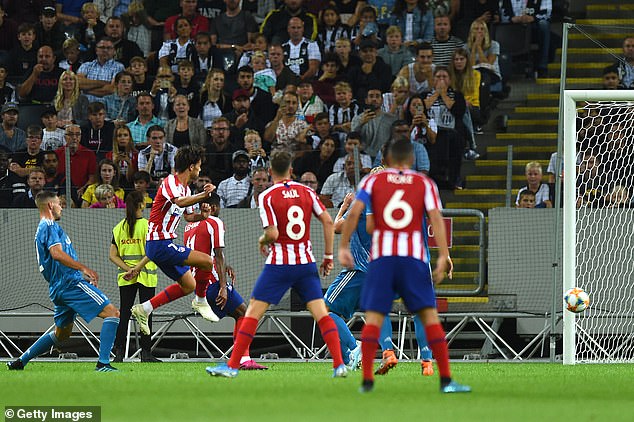 Atletico edged in front on 24 minutes, following a fine delivery from recent signing Kieran Trippier. The full back received the ball on the right flank and clipped a deft cross towards the penalty spot, which starlet Felix thundered past Wojciech Szczesny.

The £113million signing has impressed since signing for the Spanish giants from Benfica and his movement to evade De Siglio, followed by the unerring finish into the bottom left-hand corner, was superb.

But Juventus were level just two minutes later at the end of a frenetic opening half hour. Sarri’s side were rewarded for their patience at the edge of Atletico’s penalty area when a loose ball skewed out to Khedira, who nestled a tidy finish beyond the rooted Jan Oblak. 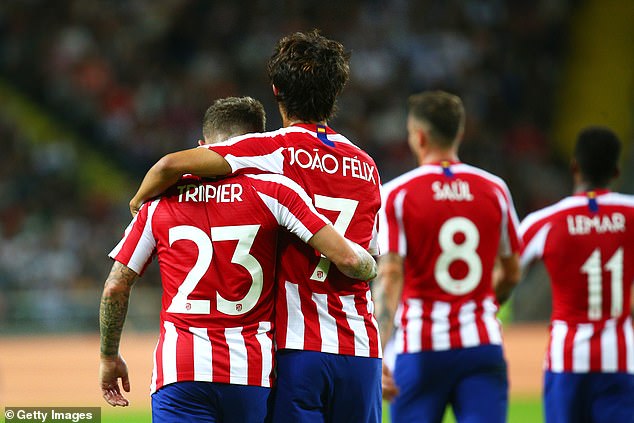 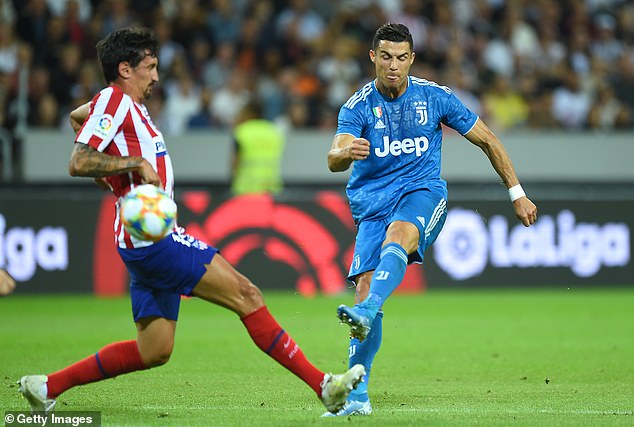 Felix would once again steal the limelight on 33 minutes, however, after the youngster fired the Spaniards back in front.

Thomas Lemar received possession a shade inside Juventus’ half, and launched a glorious ball over the back line for the wonderkid to latch on to. His finish was unerring again, lofted delicately over the onrushing Szczesny.

Cristiano Ronaldo, who had netted in Juventus’ pre-season victory over Inter Milan, struggled to make an impact in the first half, and frustration mounted when the superstar failed to meet Douglas Costa’s inviting ball in before the break.

The Italians emerged from the interval immediately on the front foot, and were inches away from levelling when Costa’s low strike cracked against the post.

Juventus were once again foiled by the woodwork on 57 minutes, after Adrien Rabiot’s powerful drive hammered against the upright. 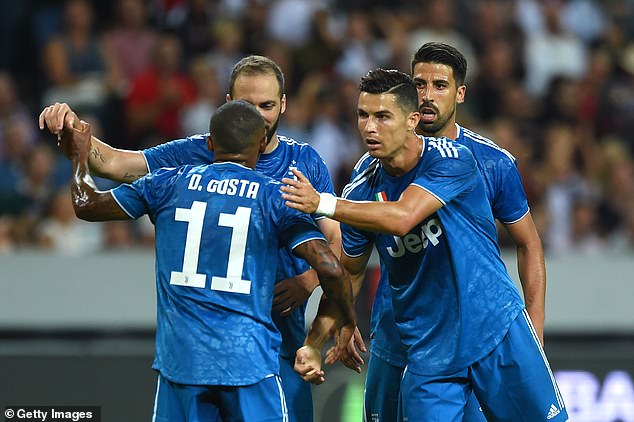 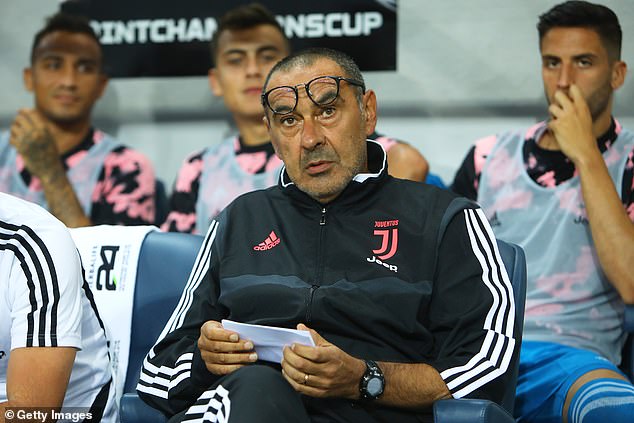 Paulo Dybala, introduced as a substitute after failing to seal a move to England before deadline day, then tested Oblak with a stinging drive as the game entered its final quarter.

The Argentine forward was again involved in another flurry of action, but his attempted chip over Oblak was well denied by the Slovenian stopper. Fellow substitute Mario Mandzukic was unable to jab the rebound home after the ball had squirmed loose just yards from goal.

But, despite the clash remaining delightfully open in its later stages, neither side were able to add to their tallies – handing Atletico a welcome victory ahead of the return of La Liga.