Charlie Austin has risked further angering Australians after claiming that the Socceroos will fail to secure a single point in their World Cup group.

Austin, 33, has relocated to Queensland after moving to A-League side Brisbane Roar over the off-season, having enjoyed stints at Southampton, QPR and West Bromwich Albion.

However, on Wednesday he took to Twitter to bemoan the ‘awful’ television on offer Down Under, which stirred mixed opinion among his 164,000 followers. 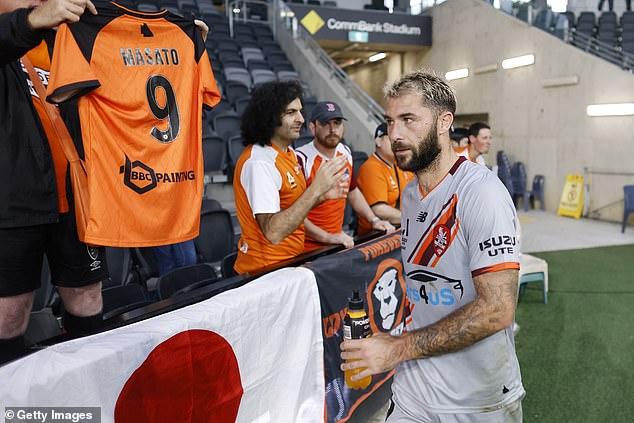 And on Thursday he once again took aim at his new homeland, writing off the Socceroos’ chances of success at the World Cup in Qatar, which is set to kick off this month.

The Socceroos are in a tricky group containing France, Denmark and Tunisia, meaning they have a big task at hand to reach the knockout rounds.

When asked by talkSPORT’s Dean Saunders and Jamie O’Hara whether the Australians are ‘any good’, Austin replied ‘no’, before revealing that he’s made a bet with the Roar’s kitman over their fate at the tournament.

‘No [they’re not good],’ he said. I’ve got a gentleman’s agreement with the kit man that they won’t get a point at the World Cup. 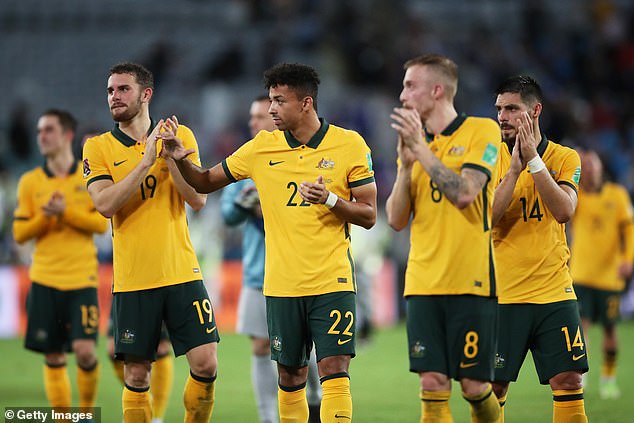 ‘Yeah, I don’t think they will get a point.’

However, fans took to Twitter to lash Austin following his remarks.

‘Not a way to endear yourself to the people that go and watch you every week,’ one fan posted on Twitter.

Another said: ‘Doesn’t say much about his own ability does it. Since he’s hardly lit any game up. Thus far he’s the most overrated signing of the season.’

‘Hope he cops an absolute hiding from an Adelaide player when we return back!’ a third said.

There was a mixed response from fans on Twitter, with some lashing him for his remarks

But some Socceroos fans begrudgingly agreed with the veteran former Premier League striker.

‘If we score a goal I will be pleasantly surprised,’ one fan said. ‘Just making [it to Qatar] was enough for Arnie.’

‘It’s a fair opinion,’ another posted. ‘We should be able to compete against Tunisia, but our squad is pretty mediocre.’

An even more pessimistic fan said: ‘Will be surprised if we score a goal.’