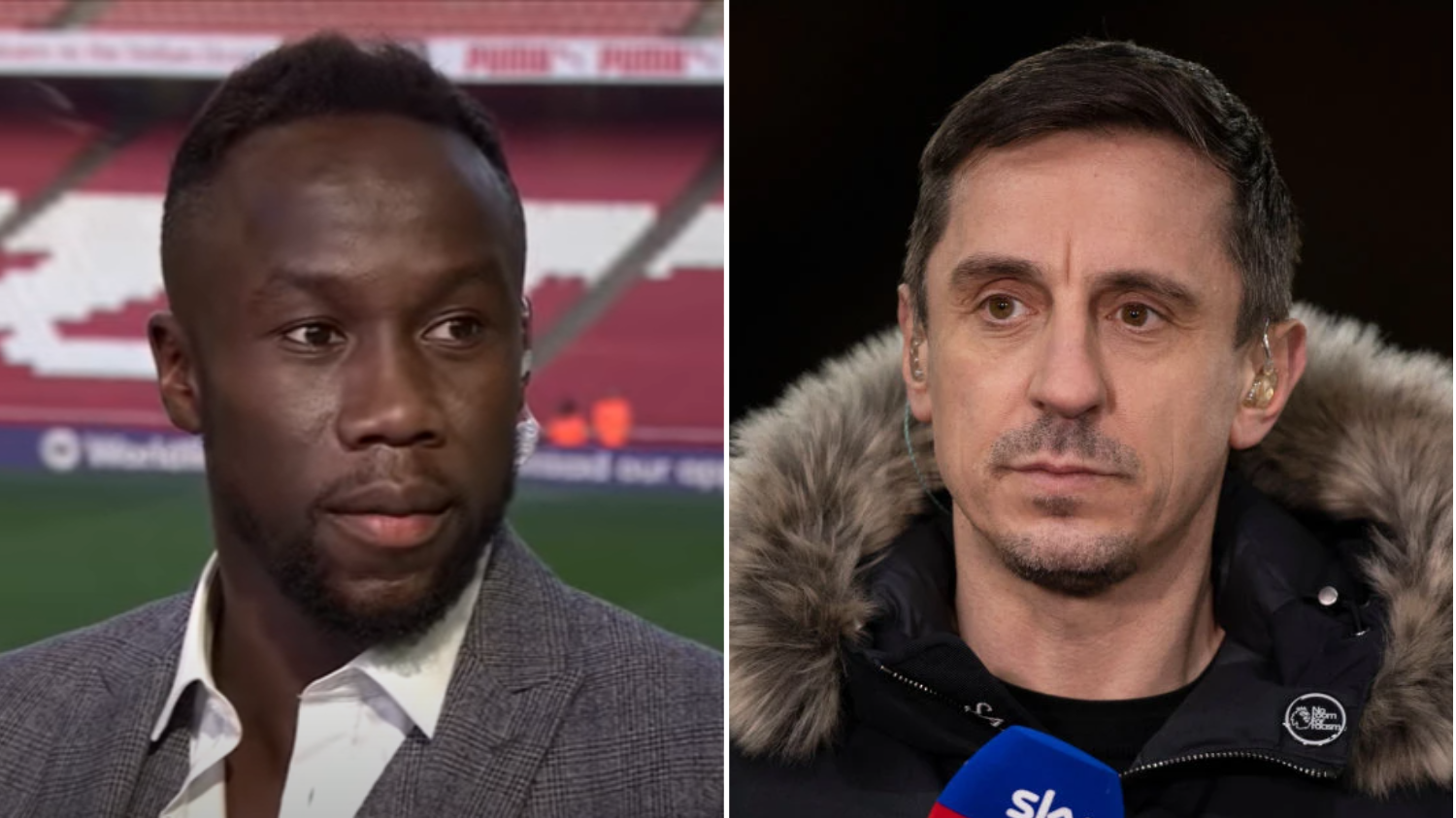 Bacary Sagna has hit back at Gary Neville after the Manchester United legend predicted Arsenal would finish third in the Premier League.

The Gunners opened up an eight-point lead at the top of the table at the weekend as they brushed aside north London rivals Tottenham and saw title rivals Manchester City lose at Old Trafford.

Speaking after Arsenal’s 2-0 win over Spurs, Neville claimed Mikel Arteta’s side would not win the league and predicted they would slip behind Manchester clubs City and United before the end of the season.

‘They won’t win the league. Manchester City will win the league, and I think Man Utd will finish second, and I know that will annoy Arsenal fans,’ he said.

‘At some point, there will be a very difficult period for Arsenal this season. Is it conceivable that Arsenal are going to continue as they are? I don’t think it is.

‘I know Arsenal fans will batter me, as they have been doing for the last four months, and I hope you do win it! But I can’t see it.’

Sagna, though, believes his former club have ‘all the ingredients to be champions’ and has played down the threat of Manchester United.

Asked about Neville’s prediction, Sagna told FindMyCasino: ‘That’s his opinion. He has his own point of view but there is a difference between his point of view and what I believe will become reality.

‘This season Arsenal have been the best and most consistent team. Manchester United and Manchester City have two important games coming up.

‘I don’t see United finishing in front of Arsenal. They have improved but Arsenal are better and have been the best team all season – Pep Guardiola will agree with that! He’s been saying they are difficult to catch and they will be.

‘This weekend Arsenal have an important game and again they will have to show that they’re strong but I’m not worried about that.’

Arsenal are bidding to win the Premier League for the first time since 2004, having finished just fifth last season following a late collapse.

Asked if he believes the Gunners will win the title, Sagna added: ‘I think so! They have all the ingredients to be champions.

‘Most importantly the way they play. The mentality Arsenal start every game with, the consistency they have and the trust they show in their own play is great.

‘They don’t concede many chances and when they do, in Aaron Ramsdale they have a goalkeeper that can stop the other team from scoring. They have all the signs of champions.’

In-form Manchester United, who came from behind to beat Manchester City at the weekend, travel to north London to face Premier League leaders Arsenal on Sunday.