Hollywood might be coming to Wrexham but it seems Wales star Gareth Bale isn’t too keen to follow Ryan Reynolds and Rob McElhenney to the National League club.

Deadpool star Reynolds and McElhenney confirmed their remarkable takeover of the non-league side on Monday after fans unanimously voted in favour of the sale.

Reynolds and McElhenney have ambitious plans for Wrexham and are aiming to turn them into a ‘global force’. But it doesn’t look like they’ll be able to tempt the Tottenham forward over to North Wales. 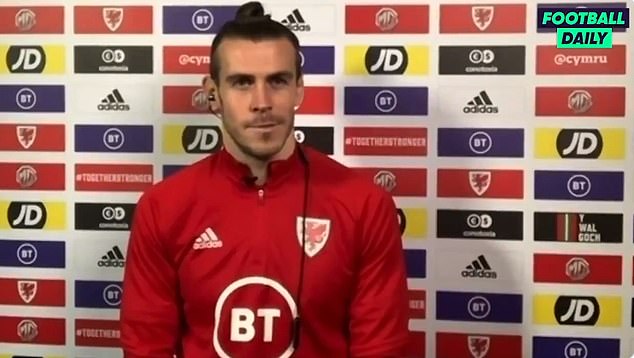 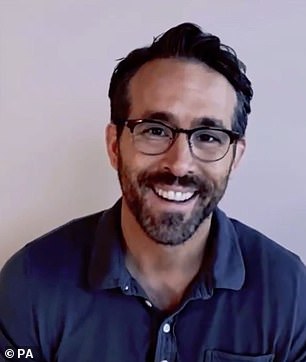 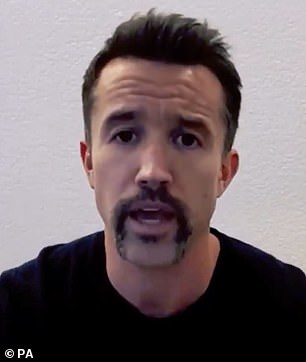 Asked about their takeover, the Wales captain said: ‘Hopefully it’s good for Wrexham, I haven’t read too much about it but I have heard about it.

‘Hopefully they do good things for Wrexham and get them back into the football league.’

Bale was then asked whether he could finish his career there if the club do well.

Laughing off the suggestion, Bale joked: ‘It’s a bit too far for me from Cardiff.’

Wrexham have been fan-owned since 2011 when the Supporters’ Trust took control. 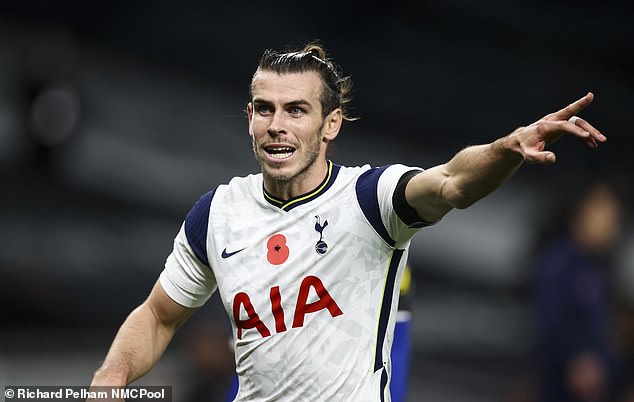 Reynolds and McElhenney were revealed as potential investors in the non-league club in September after a Special General Meeting with the Wrexham Supporters’ Trust – who have run the club since 2011 – confirming both names after 97.5 per cent of the 1,254 members voted in favour of pursuing the talks.

They then made their pitch to more than 2,000 voters from the Supporters’ Trust on a Zoom call earlier in November.

The pair required 75 per cent of the fans to vote in favour of the sale and on Monday it was announced they had received an overwhelming 98.4 per cent.

A statement from the Supporters’ Trust read: ‘We are now in a position to confirm the result of the vote, which has been independently verified by Mi-Voice, the company assisting the Trust in the process. As can be seen in full detail below, members have voted FOR all three resolutions.

‘As such – subject to final agreement, league and FA confirmation – the RR McReynolds Company, LLC will take 100 per cent control of Wrexham Football Club Limited from the WST.

‘Both parties will now proceed with finalising the details of the takeover, and we will update Wrexham supporters as soon as we can.

‘The Wrexham Supporters Trust Board would like to thank Mr Rob McElhenney and Mr Ryan Reynolds, and their advisors Inner Circle Sports and Walker Morris, for their professional and considered approach and for the time they have already put into the process.’

Following the announcement, Reynolds and McElhenney both tweeted an image of the Wrexham crest on Twitter with the caption: ‘Wrexham is the name’. There have been strong suggestions this will be the title of their planned documentary series.

They confirmed Sportsmail’s story from September over their plan to make a Netflix-style documentary series during their Zoom Q&A. The meeting was recorded as a first nod to what will make the final cut.

‘Sports is storytelling and is so woven into the fabric of the sport,’ Reynolds explained. ‘The Wrexham community is incredibly dynamic and supportive.’

‘I’ve watched all the football documentaries and been inspired by them.’