Barcelona ‘bewildered by Quique Setien not playing youngsters Ansu Fati and Riqui Puig’ against Napoli despite blocking duo from playing in B side’s crucial promotion play-off… which they ended up losing, costing the club £10m

Barcelona are said to be bewildered by Quique Setien playing either Ansu Fati or Riqui Puig in their Champions League tie against Napoli — after the boss blocked the pair from playing for the B side so they could focus on the first team.

Both Fati and Puig were named on the bench for the round of 16 tie but neither made it onto the pitch despite several first team stars being out of action as Barca progressed 4-2 on aggregate.

The under-pressure manager reportedly made a stand of not wanting the duo to play for their second side in the crucial promotion play-off game, according to Marca. 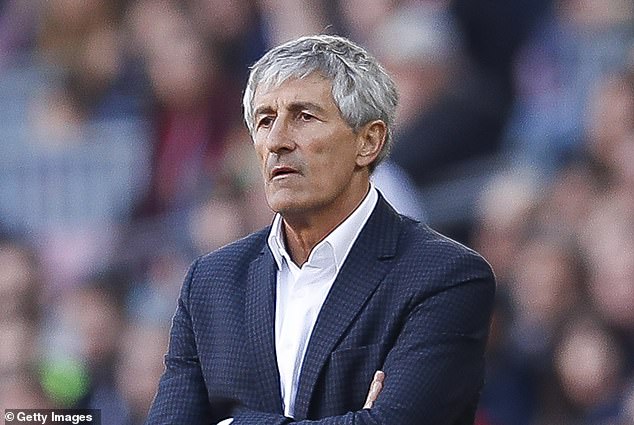 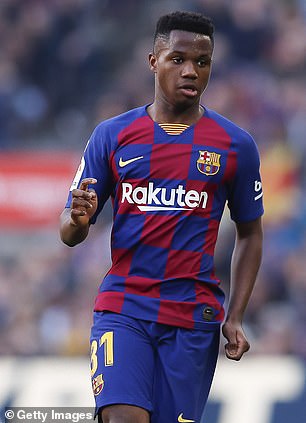 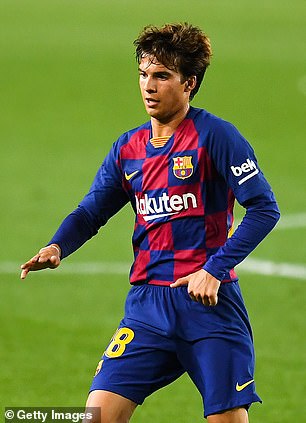 It was a game which they subsequently lost against Sabadell, costing them promotion to the Segunda Division, costing the club £10million through TV revenue.

With first team stars Sergio Busquets, Arturo Vidal, Arthur Melo, Osumane Dembele and Martin Braithwaite unavailable and Barca in control in the second half, it would have been a good time for the pair to get some first team minutes under their belts.

To add to the bemusement of the decision, Barca B captain Monchu — who featured in the play-off fixtures — was brought on by Setien at the Nou Camp. 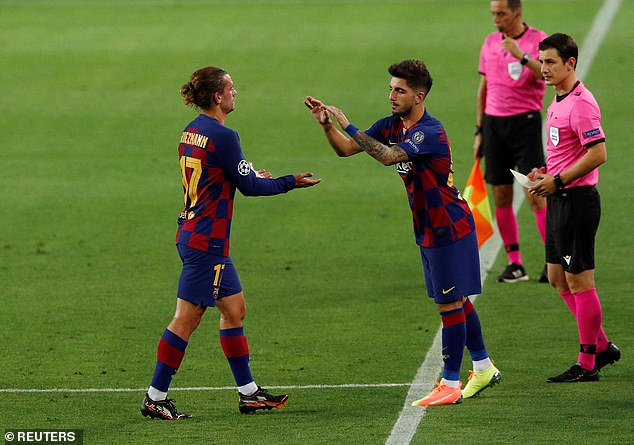 However B side captain Monchu (R) was brought onto the field by Setien despite the side facing an important promotion play-off game vs Sabadell, which they lost costing them £10m

Setien said after the game when asked why the Ansu and Puig did not feature: ‘Given the circumstances, we thought it was appropriate (not to field them).’

Talisman Lionel Messi was once again the star of the show in their 3-1 victory on the night, scoring a brilliant first, having a second harshly disallowed and then winning a penalty for Luis Suarez to convert. 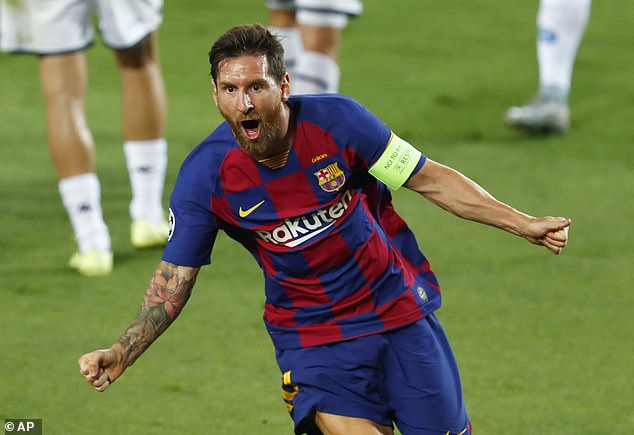