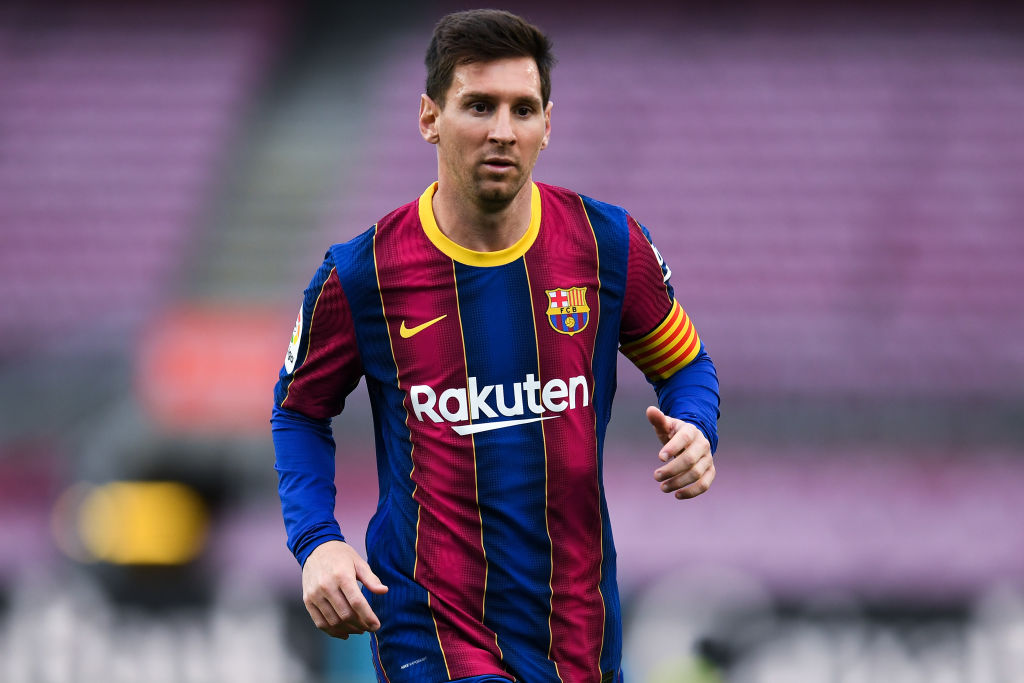 Barcelona have confirmed Lionel Messi will leave this summer after talks over a new deal broke down.

Messi, 34, has been a free agent since his previous contract expired on July 1 and the two parties had verbally reached an agreement over a renewal, with the Argentine reluctantly ready to accept a 50 per cent wage cut.

However, the terms of the proposed contract did not fall in line with La Liga’s financial regulations and discussions subsequently collapsed.

A deal required Barca to financially restructure, which ultimately proved impossible, meaning the six-time Ballon d’Or winner will bring an end to a glittering 21-year association with his boyhood club.

Barcelona announced the earth-shattering news in an official statement on Thursday evening and said an agreement could not be reached with Messi due to ‘financial and structural obstacles’.

‘Despite FC Barcelona and Lionel Messi having reached an agreement and the clear intention of both parties to sign a new contract today, this cannot happen because of financial and structural obstacles (Spanish Liga regulations),’ the statement read.

‘As a result of this situation, Messi shall not be staying on at FC Barcelona. Both parties deeply regret that the wishes of the player and the club will ultimately not be fulfilled.

‘FC Barcelona wholeheartedly expresses its gratitude to the player for his contribution to the aggrandisement of the club and wishes him all the very best for the future in his personal and professional life.’

Barca president Joan Laporta is expected to provide further detail on the situation at a news conference on Friday.

Messi came close to departing Barcelona last summer and handed in a transfer request after a bitter power struggle with Josep Maria Bartomeu, who later quit as president.

However, the Catalan outfit refused to let Messi leave unless his eye-watering €700million release clause was met by a potential suitor, effectively denying him a way out.

As two of the only clubs in world football able to satisfy Messi’s excessive wage demands, financial powerhouses Manchester City and Paris Saint-Germain are thought to frontrunners in the race for Messi’s signature. The Argentina international has also flirted with the idea of a switch to MLS.

Messi accumulated a total of 35 trophies across his 17-year spell in Barcelona’s first-team, one shy of Ryan Giggs’ all-time record for a single team.

The forward is Barca’s all-time record scorer with 672 goals in 778 appearances and his exit leaves behind an enormous void to fill, with the new La Liga campaign kicking off in just over a weeks’ time.

‘Whenever an issue is not solved, you have to be worried,’ the Dutchman told Marca.

‘But I have complete confidence in our president to fix this issue, and I hope it will be fixed because it’s very important for the club but also for La Liga that the best player in the world stays and we all have to make an effort for him to stay with us.

‘Joan Laporta told me to be calm, that we are working on this issue and we have the confidence to reach an agreement with Leo for him to continue for a few more years.

‘He has always shown that he wants to stay at Barcelona and they are working to reach an agreement.

‘He has always given his all for this club and hopefully he will stay. For me, he should stay because to end up wearing another shirt is not good.’