‘Whenever Antoine Griezmann is on the pitch, Barcelona are playing with 10 players!’: £108m flop is SLAMMED by legend Hristo Stoichkov, who insists ‘they have to sell him’

Barcelona’s Antoine Griezmann has come under fire from former player Hristo Stoichkov, with the Bulgarian boldly stating that ‘whenever he plays, Barcelona are playing with 10 players!’

Griezmann moved to Barca from Atletico Madrid for £108million in the summer of 2019, but has been criticised in some quarters for not yet hitting the heights expected.

This season, the French World Cup winner has scored 12 goals and registered 11 assists in 38 matches in all competitions, but in the wake of Barca crashing out of the Champions League to Paris Saint-Germain, Bulgaria legend Stoichkov did not hold back on his opinion on the 29-year-old and his level of performance. 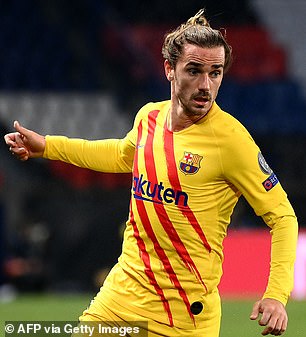 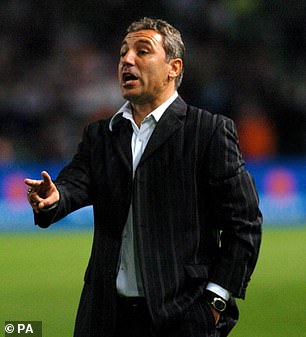 ‘Whenever Griezmann is on the pitch, Barcelona are playing with 10 players,’ Stoichkov said in an interview with Sportsport.ba, as reported in Mundo Deportivo.

‘If they want to do something good in the long-term, they have to sell him. Trincao and Braithwaite must be in the team, what is Griezmann doing there?’

At the end of last month, Ronald Koeman denied that Griezmann’s omission from the starting XI in a 2-0 win against Sevilla in LaLiga was due to a rift between manager and player. 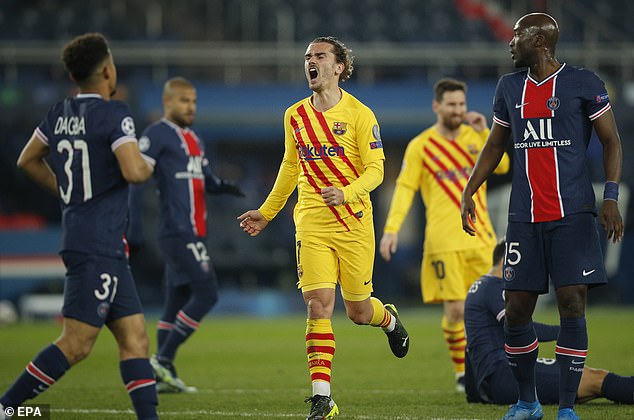 ‘It was not a message to him (leaving him on the bench),’ Koeman said in an interview with Marca.

‘We have decided to change the system and, to have depth in the team, we have put Dembele up front.

‘At 1-0 in front we decided that next to Leo we needed someone faster than Griezmann. It is no punishment.’

Barca next host Huesca in LaLiga on Monday night – Koeman’s side are currently six points behind leaders Atletico. 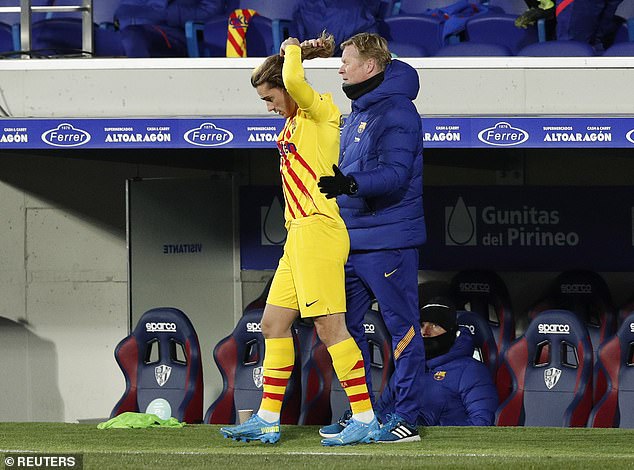