The Barcelona squad have arrived in Mallorca for their first LaLiga game back since the coronavirus crisis.

Barca last played a competitive game of football on March 7 – a 1-0 victory against Real Sociedad, keeping their lead at the top of the table to two points.

Now, after a three-month hiatus, Lionel Messi and Co. will hope to down relegation-threatened Mallorca, and travelled to the island wearing club branded face masks coming off the plane and in the airport. 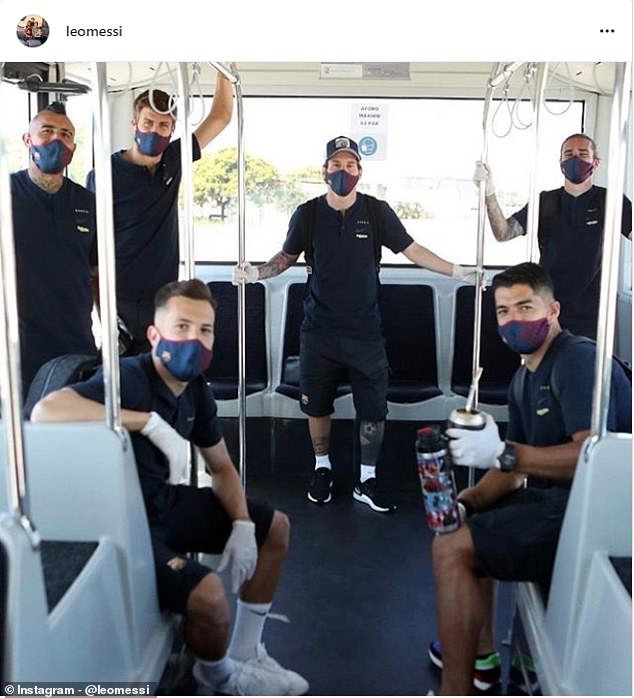 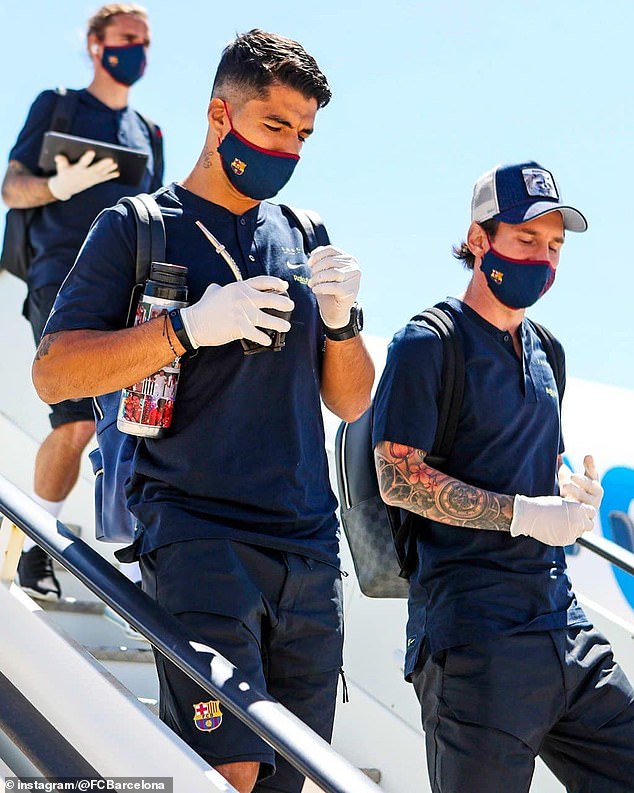 Messi looks set to start on Saturday, and Luis Suarez (L) is also once again match-fit

Barca go into Saturday’s LaLiga clash with a chance to extend their lead at the top to five points, before Real Madrid entertain Eibar on Sunday.

Messi has returned to full training after missing a few sessions last week with a thigh issue as the league leaders ready themselves for their first game in three months.

Suarez, meanwhile, thought his season had been ended when he underwent surgery on his right knee in January, but Barca head coach Quique Setien confirmed he would have the Uruguayan and Messi at his disposal. 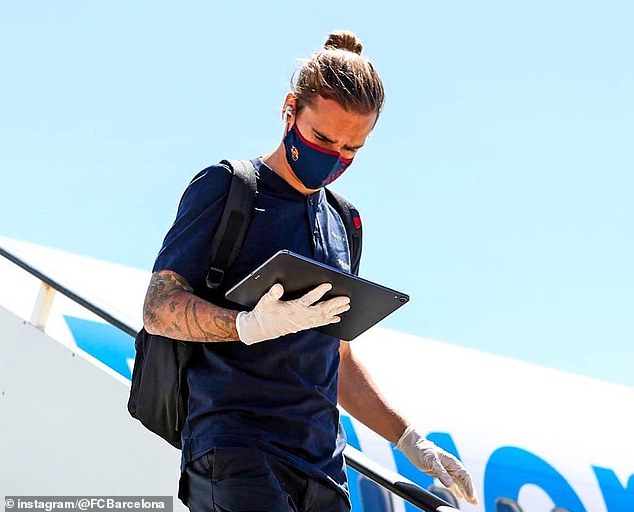 Antoine Griezmann stares at a tablet coming off the plane, wearing a mask and gloves 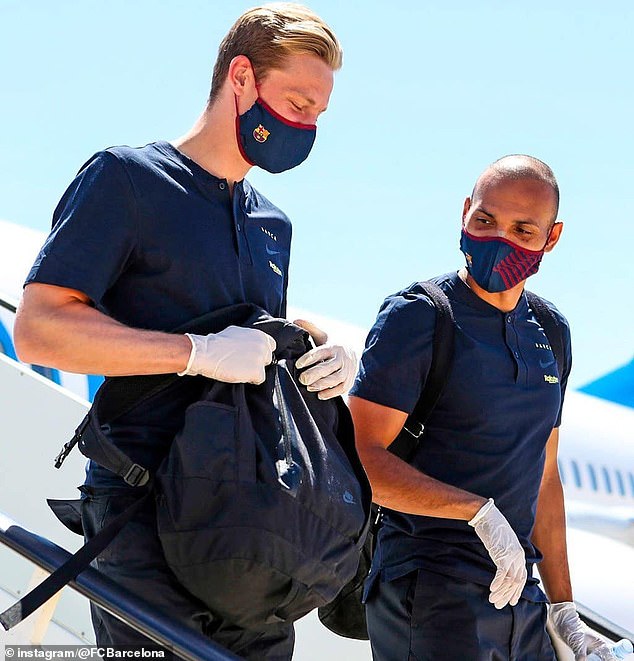 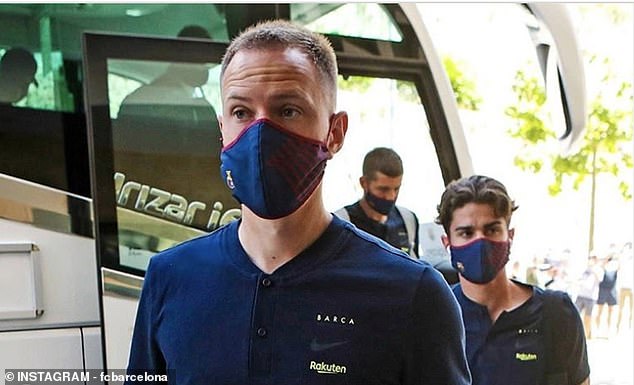 He said at a press conference: ‘Fortunately Messi, these kinds of players that have been playing for so many years, they know how to control their fatigue.

‘I’m sure if there’s some risk, Messi will be the first to say that he needs to rest.

‘Every day (Suarez) is in better shape and after five months it’s going to be great for him to play some minutes and try to find the best Suarez.’

LaLiga became the second major European league to resume behind closed doors on Thursday evening amid the coronavirus pandemic, after the Bundesliga restarted last month. 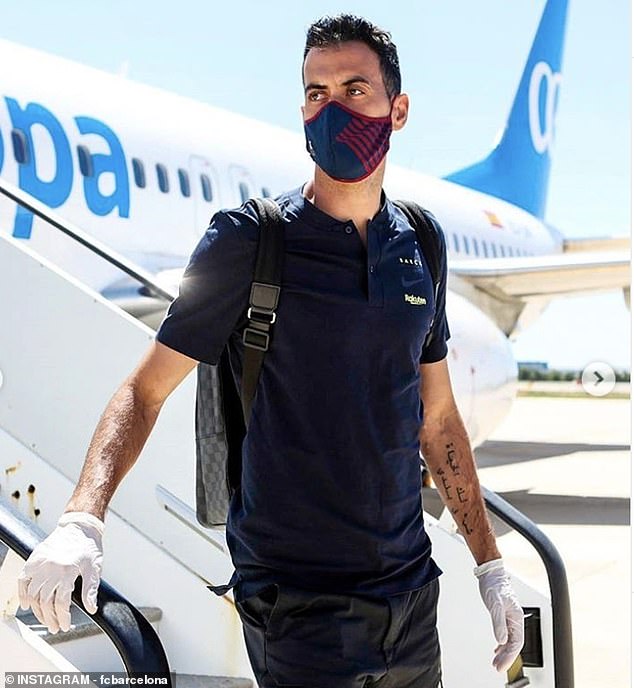 The 50 transfer sagas that will define the summer window for Liverpool, Man Utd, Arsenal and more