Former Manchester United star Dimitar Berbatov admits it wouldn’t come as a shock to him if £40million signing Donny van de Beek was looking for an early exit.

Van de Beek joined United from Ajax in September last year with big expectations on his shoulders, but his four months with the Premier League giants so far have ultimately disappointed.

The Dutchman, who emerged as one of the brightest talents in Europe with Ajax, has started just eight games for United since his big-money arrival – struggling to get the nod in midfield with the likes of Bruno Fernandes and Paul Pogba for competition. 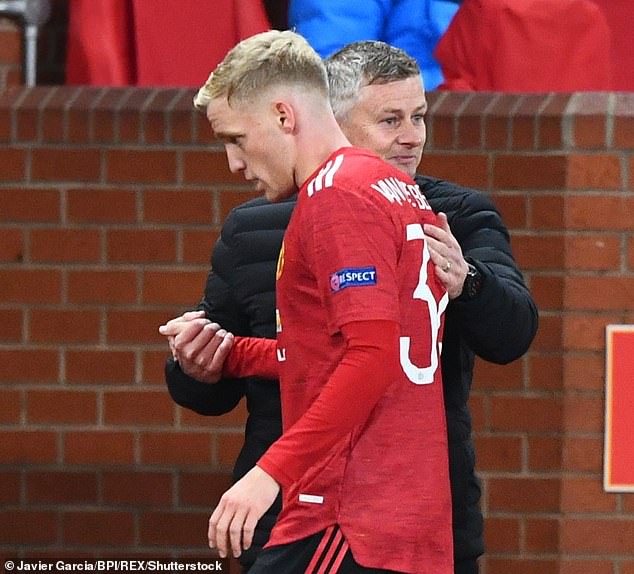 His lack of playing time has been a major talking point at Old Trafford and Berbatov claims his patience could already be wearing thin just four months after joining.

‘I don’t know what is going on with Donny van de Beek,’ he told Betfair. ‘I said before he signed that I like him as a player, he was great for Ajax and his national team, but now he can’t get a game at United.

‘I don’t watch the training sessions and the little time he does get on the pitch isn’t enough to judge him.

‘He needs a run of games in a row to give him confidence. I can see that his confidence isn’t high at the moment, and that’s normal because when you don’t play you start punishing yourself and ask questions of yourself.

‘I wouldn’t be surprised if he is starting to look for the exit and nobody will blame him. Something isn’t working.’ 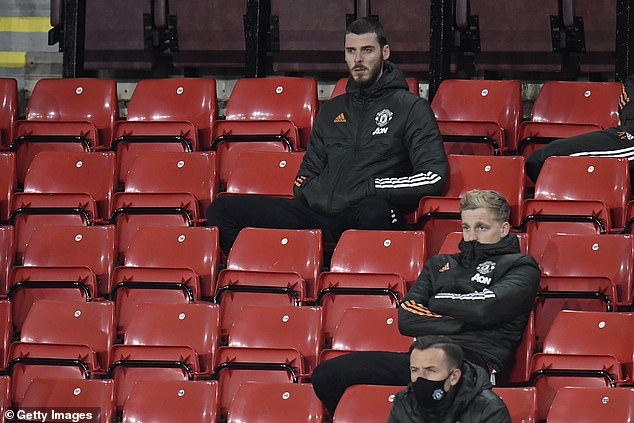 Van de Beek’s arrival was supposed to give United another cutting edge up top, linking up the play between midfield and attack with his quick feet and vision.

But that has been far from the case, and Ole Gunnar Solskjaer has used him mainly from the bench so far this season. He came on as an 88th minute substitute in Wednesday’s 2-0 Carabao Cup semi-final defeat against rivals Manchester City.

And Berbatov insists Van de Beek should be banging on Solskjaer’s door for clarity over his lack of playing time, after claiming he is better than some of the regular starters in midfield.

‘At the moment Bruno Fernandes, Paul Pogba, Scott McTominay and Fred are all ahead of him, judging by the amount of game time he is getting,’ Berbatov said. 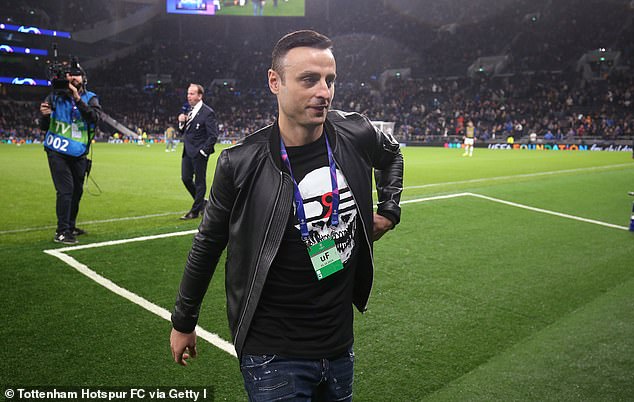 ‘Are all these players better than him? I don’t think so, everybody is different and everyone can bring different qualities to a game. That’s why I’m wondering what is going on.’

He added: ‘He should be banging on the manager’s door and ask: what is going on? he should be asking why he’s not playing and what he can do to improve his situation. Then depending on what answers he gets, he can evaluate and do what is necessary.’

Van de Beek has started just twice in the Premier League for United this season, with most of his game time coming in the Carabao Cup.

Van de Beek will be desperate for a rare start when United host Watford in the third round of the FA Cup on Saturday night.