Manchester United failed to meet Borussia Dortmund’s deadline to complete a transfer for Jadon Sancho and the Bundesliga side took a cheeky swipe at their Premier League rivals yesterday.

Dortmund insisted they wanted talks wrapped up before August 10 as they jetted to Switzerland for their pre-season training camp.

Although Sancho was in the UK over the weekend to attend a friend’s party he returned to Germany to take his seat on the plane.

“We plan on having Jadon Sancho in our team this season, the decision is final,” he said. 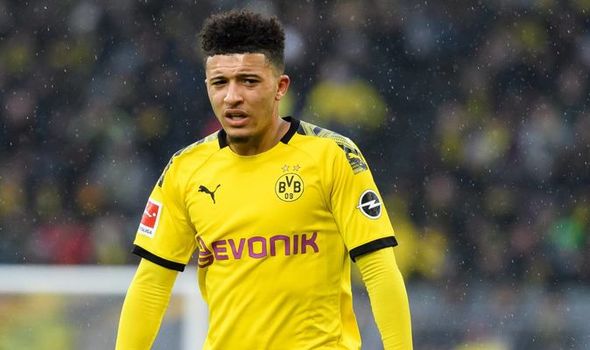 He added: “Last summer, we adjusted Jadon’s salary to match the development of his performances.

Dortmund appeared to poke fun at United’s expense with a tweet which was posted just as the Red Devils were preparing to take on Copenhagen in the Europa League last night.

The German side uploaded a photo of Sancho in Switzerland with the caption “You love to see it.”

Some United supporters felt “disrespected” after being taunted by Dortmund.

“This is a straight up disrespectful man,” one fan replied to the post.

A third user wrote: “This isn’t even banter, they’re being childish bout the whole thing.” 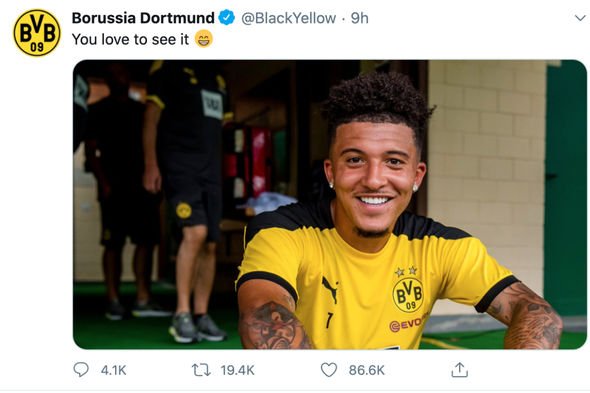 While a further person was more brutal, commenting: “Just f**k off.”