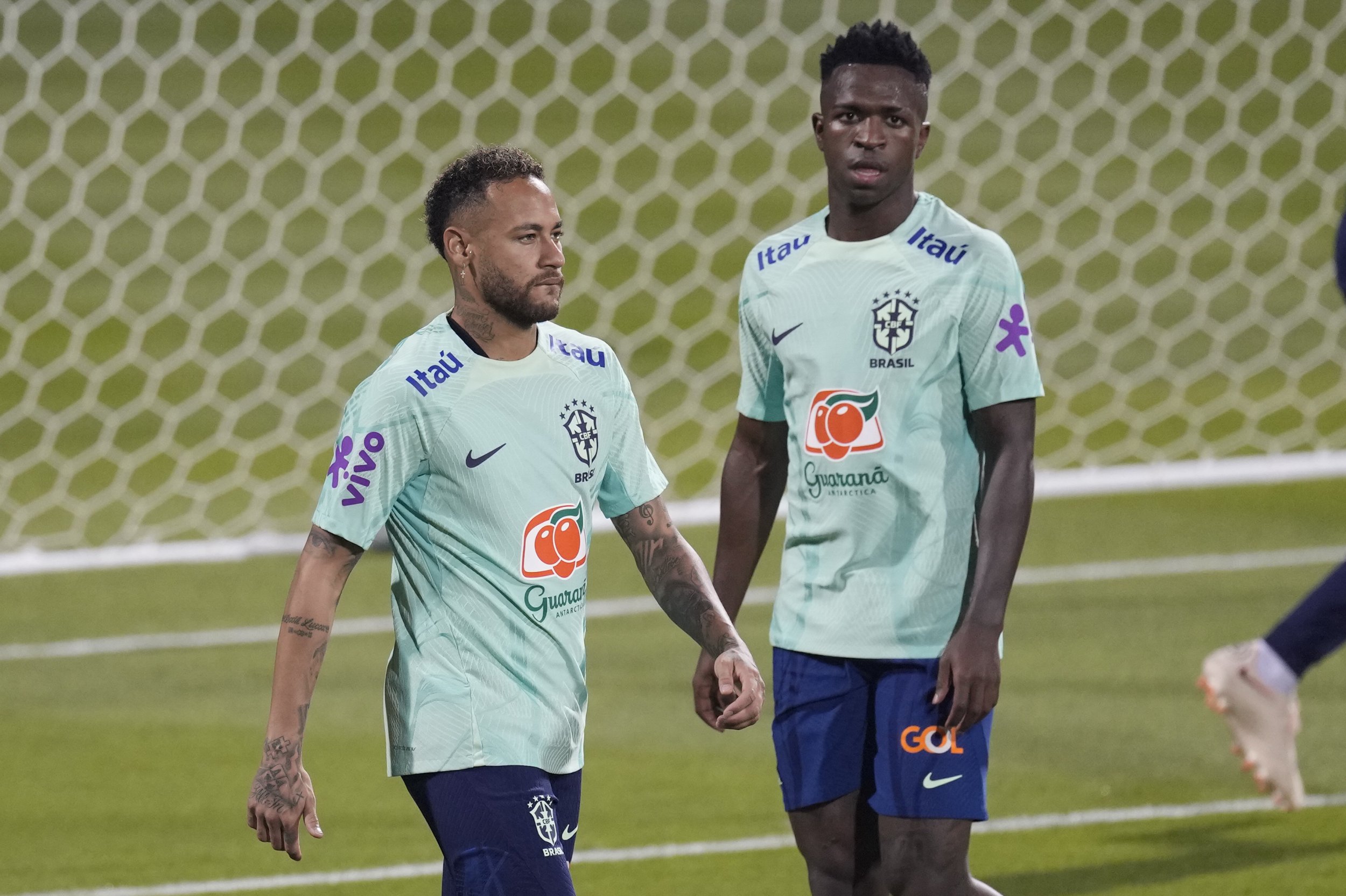 Brazil are going all-out attack for their World Cup opener against Serbia on Thursday.

Manchester United’s Fred was expected to be in the starting XI for their first game in Group G, but Brazil’s head coach Tite has sacrificed a central midfielder to accommodate another attacker, according to sources in Brazil.

Brazilian television network Globo reports that Brazil have tested the formation in both behind-closed-doors training sessions on Monday and Tuesday, and barring any late changes, Tite will select an attack consisting of Richarlison and Neymar, with Raphinha and Vinicius Junior on either flank.

Alisson will start in goal, Thiago Silva and Marquinhos will be in central defence, while Danilo and Alex Sandro are the two full-backs.

Globo described Brazil’s starting line-up as ‘unprecedented’ given that Fred has started the majority of their games over the past 12 months.

World football watches anxiously on as the Bundesliga seizes the spotlight