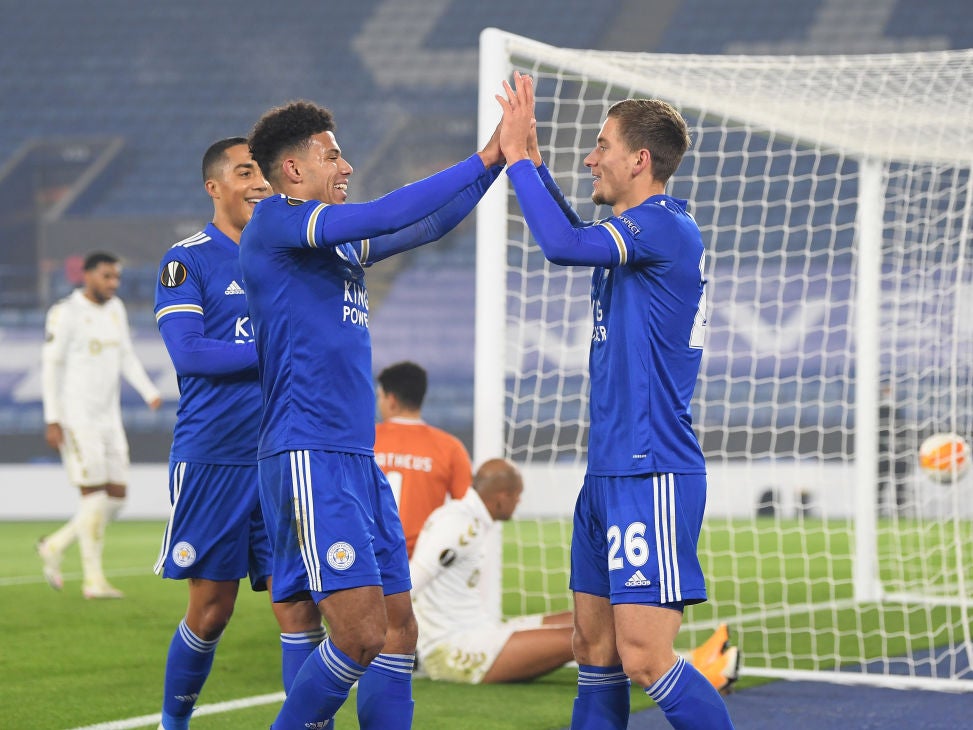 Iheanacho opened the scoring after 20 minutes when he latched on to Maddison’s pass, left David Carmo and – when the ball came back off Matheus – tapped in.

Goalkeeper Matheus denied Maddison in first-half injury time, but he was powerless to stop Iheanacho’s second, the striker firing in from 25 yards thanks to a big deflection off Bruno Viana.

Abel Ruiz wasted Braga’s only chance get themselves back into the game before Praet made it 3-0, tapping in Iheanacho’s cross with 23 minutes left.

Maddison scored his second European goal when he wriggled past two tired challenges and netted from six yards, with Ayoze Perez close to a fifth when his deflected header hit the post.

Braga, who had won their last six games in all competitions, were brushed aside and boss Carlos Carvalhal knew where they went wrong.

“We competed in the first half and we are coming from a sequence of a game every three days and we have a very small squad,” said the former Swansea and Sheffield Wednesday manager.

“The first half was even and their goal was unfortunate, we went in at half-time wanting to turn it around.

“But conceding a goal two minutes into the second half was a huge blow, we lost our organisation, opened up and that gave them the chance to exploit our team and we were tired.”