Brentford haven’t been knocked off their stride by their enforced Covid break.

After positive cases within their camp forced two games to be postponed, the promotion hopefuls made it 16 league games unbeaten with this win over Luton, climbing to third.

It was a particularly enjoyable night for Saman Ghoddos, who scored their winner just days after joining the club on a permanent basis from French club Amiens. 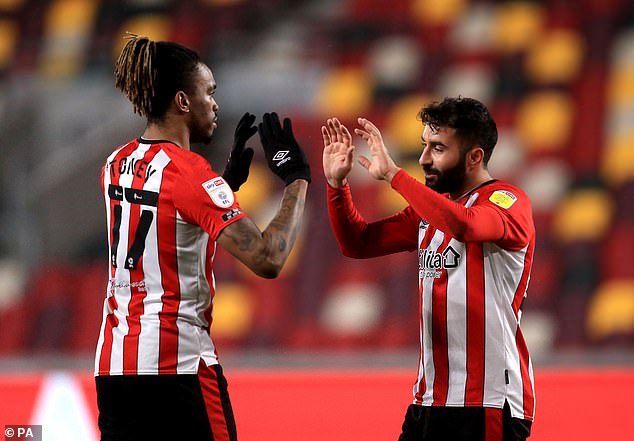 Brentford haven’t been knocked off their stride by their enforced Covid break, winning 1-0

The attacking midfielder, who played for Iran at the 2018 World Cup, is highly regarded here and showed why.

But there was a negative for Brentford when top scorer Ivan Toney was sent off after clashing with Tom Lockyer deep into stoppage time. Lockyer was also dismissed in a fiery finale.

Brentford certainly tore out of the blocks with the appetite and energy of a side who hadn’t played for 11 days, even if training sessions hadn’t been possible after the Covid-19 outbreak. 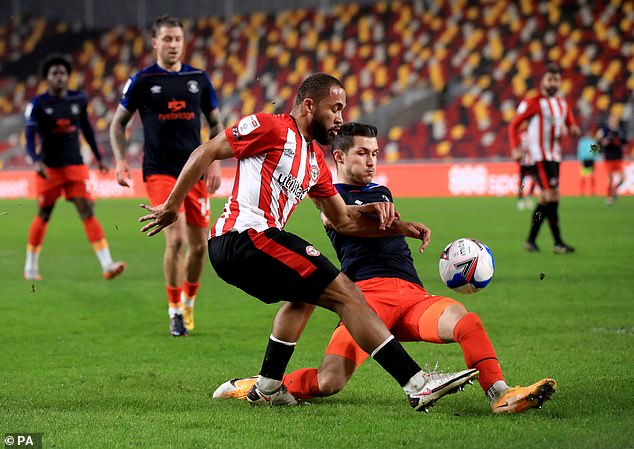 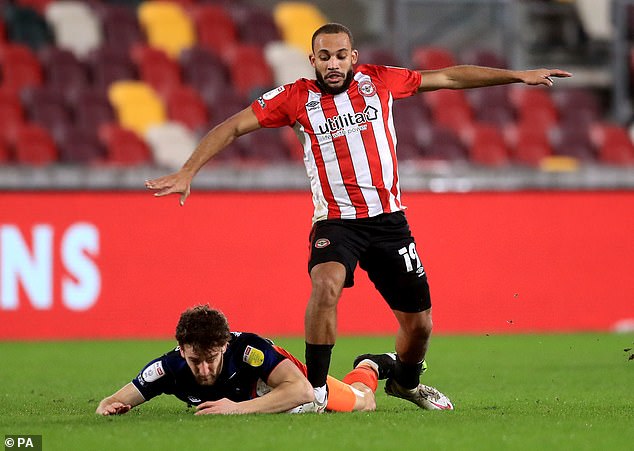 They seized the ball, stroked it around and had little inclination to hand Luton many touches

They seized the ball, started stroking it around and had little inclination to hand Luton many touches. Inside the first 10 minutes, visiting goalkeeper Simon Sluga had been forced to touch a Sergi Canos strike over the crossbar.

With west London pretty wet and blustery with Storm Christoph blowing through, the slick pitch only suited Brentford’s passing style. It was no surprise they made the breakthrough after 14 minutes.

The attack came down the right side and Bryan Mbeumo looked boxed in close to the corner flag. But his awareness is often remarkable and he backheeled to Ivan Toney, who came up in support.

Toney’s cross was perfect, inviting Ghoddos to split Luton’s two centre-halves and thump a close range header past Sluga for his second goal in two matches.

Brentford continued to attack, seeking to complete the job by half-time. Another Canos shot from the left side of the area was collected by Sluga at the second attempt. Toney then got a first sight of goal but saw his shot rustle the side-netting.

Indeed, Brentford were so in control of proceedings, the only negatives were of their own making. On a couple of occasions, they invited pressure by passing out from the back.

In the dying embers of the half, one such move broke down and led to a late flurry of Luton pressure, but the hosts held firm.

Luton were better after the break with Pelly Ruddock Mpanzu lofting a ball into the Brentford box that James Collins couldn’t quite reach ahead of keeper David Raya.

Collins thought he was in when Mpanzu’s attempted shot deflected through to him but the offside flag went up as he fired initially against Raya and then the post.

But Brentford were a constant threat on the counter. Canos weaved his way through the middle then sent a reverse pass into Toney, who fired straight at Sluga with a fair amount of the goal to aim at.

Toney and then Canos broke half-clear but decided to cut inside rather than taking a direct route to goal and the danger passed for Luton. 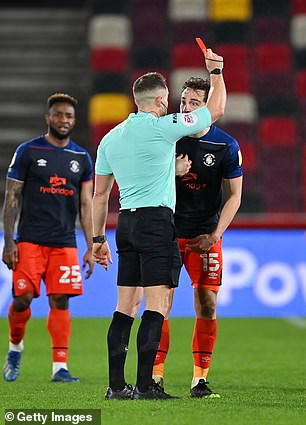 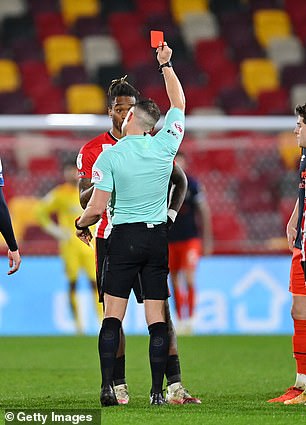 Ryan Tunnicliffe almost pulled off a goal of the season nominee with 12 minutes left, flicking Kal Naismith’s pass with his heel and almost clearing Raya as it looped up. The Bees keeper was just about able to get back and save. Harry Cornick also miskicked from a good shooting position when it mattered.

Brentford’s failure to kill the game off had left them uncomfortable – Mathias Jensen was clean through in the end but shot wide while potentially being fouled by Sluga – but they knuckled down to their defensive work and successfully picked up where they left off.