Steve Bruce admitted he will have to accept the wave of criticism which will come his way after Newcastle crashed out of the Carabao Cup at Brentford.

Newcastle had a golden chance to reach a first major cup semi-final in 15 years, and a first in this competition since 1976.

But following a 1-0 defeat in west London, Bruce is only too aware large numbers of Newcastle fans will once again be calling for him to be sacked.

Bruce named arguably his strongest line-up but they were deservedly beaten by the Championship Bees, who actually left some of their key players on the bench.

The Newcastle boss said: “I’m not really interested in the changes Brentford made, I’m hugely disappointed that we missed a wonderful opportunity to take this club to a semi-final, where it hasn’t been for 40-odd years.

“We were too slow in possession, we didn’t do enough, we didn’t cause them enough problems, especially with the attacking players we had on the pitch. So we have to accept what’s coming our way.

“There’s no one more disappointed than me at the way we performed. I’m as frustrated, disappointed and bitterly upset as the huge following we have. 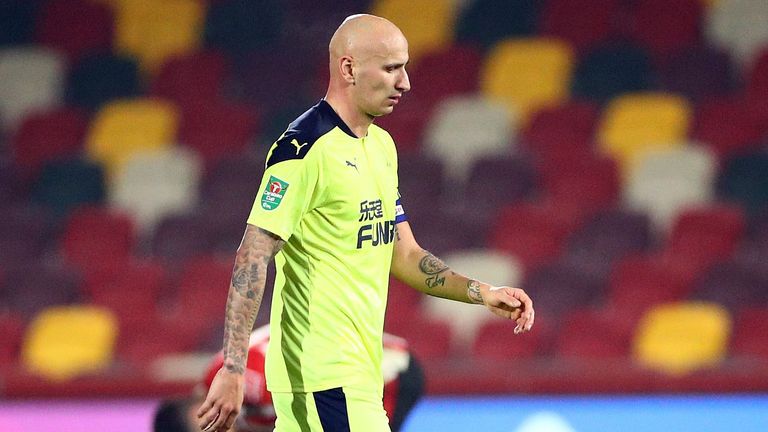 “I have to accept the criticism, which is fully justified, get ready for the challenge of a difficult Christmas period, dust ourselves down and get on with it.

“Are the players playing for me? I think they are. Maybe they’re not playing well enough, but it’s not without effort and determination.” 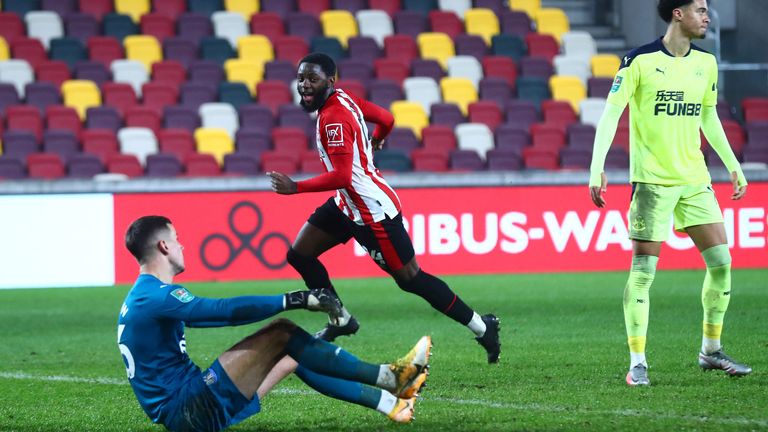 Newcastle goalkeeper Karl Darlow insists the players share the fans’ frustration. Sections of the Toon Army are once again calling for Bruce to be sacked, and Darlow understands their anger.

“We’re the same. We’re frustrated as well. I’m frustrated,” Darlow told NUTV. “It’s a case of doing what we can back at the training ground and finding some confidence. We look like we don’t want to go forward.

“We didn’t play well enough, we didn’t start the game quickly enough for what it was – to get into a semi-final. We should be coming here and bossing the game, we’re a Premier League team. It wasn’t good enough all around the pitch. 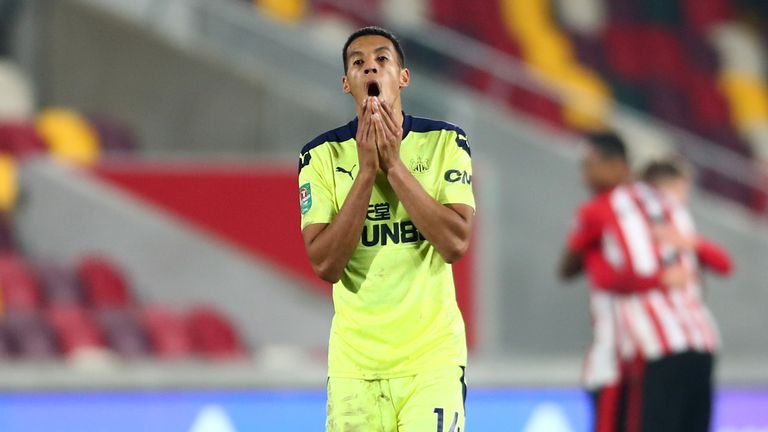 “Playing a Championship club to get into a semi-final – you’ve got to be winning these games. We’ve got to show more than we did on the pitch. Everyone knows that. We need to look at ourselves and make sure we put it right, quickly.

“The ball didn’t really drop for us up front. It was a cagey cup affair, one goal was going to win it and unfortunately it’s gone to them.

“But we need to be coming to these games and making sure we boss the game and come out with the victory. We should be in the semi-final.”

“It’s a great achievement for Brentford, it really is. Thomas Frank took a gamble before the game with his line-up, but it didn’t make any difference. They deserved it and Newcastle didn’t do enough.

“From their point of view, it’s so frustrating. It was a big opportunity for them, and if I was a Newcastle fan I would be frustrated. They picked a strong team.

“You want to be staying in the Premier League but they had a real chance to get to a semi-final. They knew it would be a tricky game, but they didn’t show enough quality. Brentford were the better team and looked a classy outfit.”