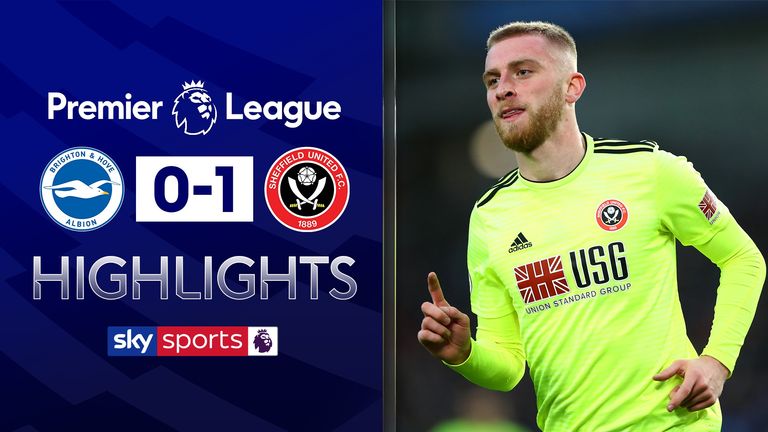 Sheffield United overcame having two goals ruled out by VAR to beat Brighton 1-0 as they moved up to fifth in the Premier League table.

Oli McBurnie’s strike (24) for the Blades was sandwiched in between overturned goals by John Egan, for handball, and Jack O’Connell, for a clear offside.

David McGoldrick, who is without a Premier League goal in over 1,000 minutes, also missed an open goal but his embarrassing moment did not cost Chris Wilder’s team, who were excellently organised against a flat Brighton attacking outfit.

The victory maintains United’s unbeaten run away from home this season, meaning they are the first newly-promoted top-flight team since 1947 to remain unbeaten in their first nine away matches of a season. They are also just one point off the Champions League places.

Man of the match: John Lundstram

Brighton boss Graham Potter got the better of Wilder on both occasions last season when Swansea manager – they were just one of two teams to do the double over the promoted Blades – but Wilder had his team set up perfectly at the Amex to stifle Brighton’s passing game.

Wilder thought his side had taken an eighth-minute lead when a ferociously-whipped-in corner from the right caused Mat Ryan problems and Egan was on hand to bundle the ball home without knowing much about it. With the players all set for the restart, a VAR review was initiated as replays showed the ball had brushed off Egan’s arm on the way into the net.

Michael Oliver informed referee Rob Jones, who was officiating his first Premier League game, that the goal should be ruled out.

The Blades continued to push Brighton back with their high energy. They found the net again on 24 minutes and VAR could not stand in the way of this one.

Aaron Webster was brushed aside by a powerful charge by McBurnie, who got in behind the Brighton back four and beat Ryan at his near post with a tidy finish for his second goal of the campaign.

Brighton switched their formation after the break, bringing on Glenn Murray and Aaron Connolly to support Neal Maupay, but, despite the extra men in forward areas, it was the Blades that carried the bigger threat.

4 – Including two against Brighton today, Sheffield United have now had four Premier League goals awarded on the field only to be ruled out by VAR this season, more than any other club. Overruled. pic.twitter.com/v0tDoxFMAZ

McGoldrick, whose approach play was once again outstanding, had a chance to end his barren run in front of goal when taking advantage of another lacklustre bit of defending by Webster. He raced through on goal and rounded Ryan but never looked confident from a tight angle as he slid his finish into the side-netting.

The chances kept coming for the Blades and, in a cruel twist, they were once again thwarted by VAR. Chris Basham’s header was spilled by Ryan and O’Connell was first to the rebound, triggering wild celebrations. However, with both teams lined up to restart once again, VAR correctly ruled that O’Connell was at least a yard offside.

Normally, teams who profit from a VAR decision take the ascendancy in the game but Brighton rarely looked capable of breaking the United lines, registering just two shots on target in the match.

Despite bossing possession, it was possession without a purpose, and the Blades saw out the game in confident and determined fashion.

Man of the match: John Lundstram 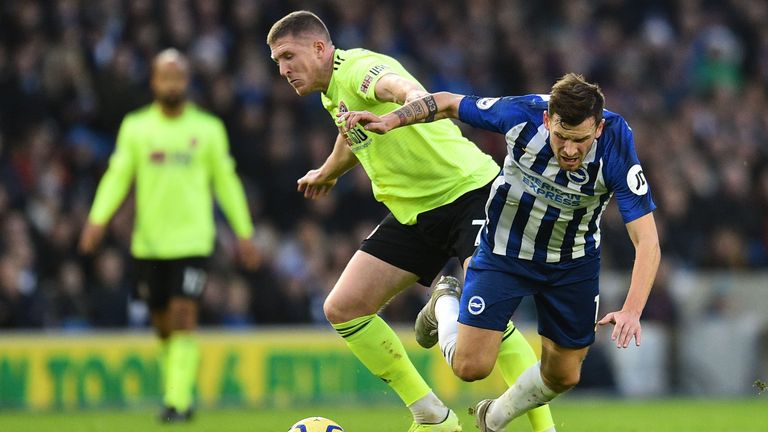 One of the reasons teams have so much trouble playing against the Blades is because having Lundstram in your side is like having 12 men. He was everywhere, especially in the first half where his energy in supporting the front two and mucking in with the midfield battle stood out.

Defining him as just a workhorse, though, would be unfair – he carries plenty of quality in his game as shown by his clever passing in the opposition third. He completed 13 of his 14 passes in the opposition half – the highest percentage recorded by any player on the field.

Brighton boss Graham Potter: “Credit to Sheffield United, they are unbeaten away from home. We’re not the only team that has found it difficult against them. They defended well – we weren’t at our best and struggled to find a way through. It was a tough afternoon.

“As a collective we need to take responsibly – hold our hands up, including me, we weren’t good enough. The dynamic felt like we needed to change it. I could have done one or two things differently. I have to take responsibility.” 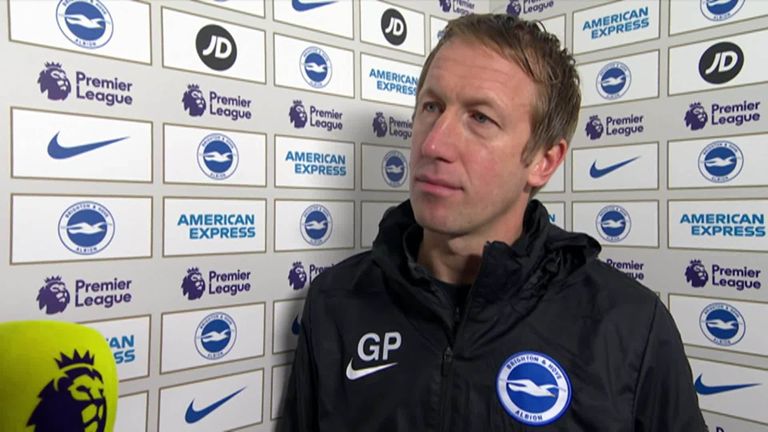 Sheffield United boss Chris Wilder: “It is ludicrous, the accumulation of points but it’s onto the next game. We’re on a decent run now – it’s good going for a team that was wrote off to be down by Christmas.