Brighton ‘haven’t received any offers’ for Moises Caicedo, insists chief Paul Barber – as he jokes £42m wouldn’t be enough for his BOOTS amid reported interest from Liverpool and Chelsea

Brighton have received no offers for Moises Caicedo, according to the club’s CEO Paul Barber, despite rumours linking their midfielder to Liverpool or Chelsea.

Caicedo, 21, impressed while on international duty with Ecuador at the 2022 World Cup, as well as during the Seagulls’ stellar start to the current campaign.

Last month, Sportsmail reported Chelsea and Liverpool were chasing the midfielder, and recent claims suggested the Reds had made a formal offer of £62m, but not heard back from the South Coast club. 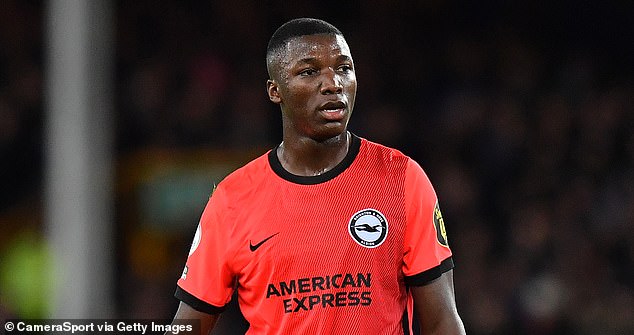 Brighton have received no offers for Moises Caicedo so far, despite rumours of a move away

But according to CBS Sports football journalist Ben Jacobs on Twitter, Barber told him: ‘I’m pleased to say we haven’t had any [offers for Caicedo]. Maybe they haven’t got my email because I haven’t seen any.’

Caicedo, who joined Brighton in February 2021, has three years left on his contract at the Amex. The club previously suggested they had no plans to sell, although a high price would likely encourage them to let the 21-year-old leave.

Back in September, Brighton boss Graham Potter said £42m might get Caicedo’s boots – but he’s now taken charge of Chelsea, while the midfielder’s appeal has only increased with his appearances under Roberto De Zerbi. 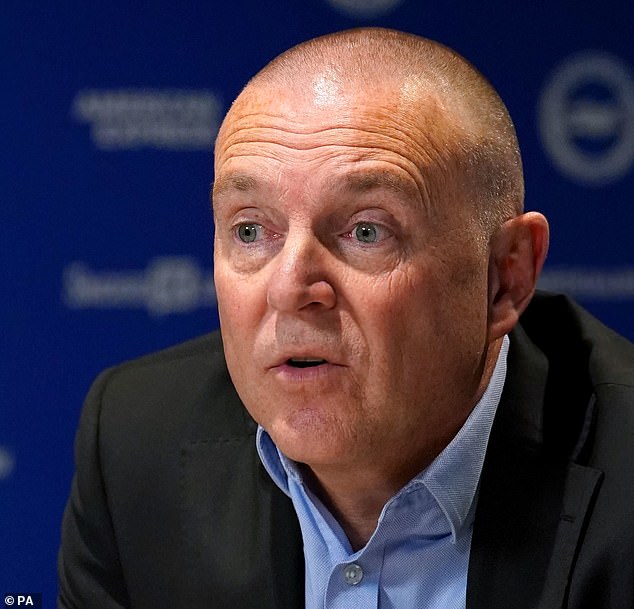 Paul Barber said there had been no offers tabled, despite a reported £62m bid from Liverpool

Barber added: ‘I’m not sure £42m will even include the boots now, maybe just the laces. But joking aside, every player’s value is ultimately determined by the market.

‘Graham’s comments were part in jest but part serious because Moises has been an exceptional player for us. Since he came to the Premier League, he has developed all the time. He’s a young man with a great attitude, fantastic work ethic, and a very nice human being off the pitch. So all those things contribute to the to the value of a footballer should it come to that moment to sell.’

Liverpool remain in pursuit of a number of transfer targets at present, following the recent purchase of PSV Eindhoven’s Cody Gakpo, who is set to make his Reds debut in the FA Cup on Saturday night.

Meanwhile, Chelsea’s rumoured chase for Benfica’s Enzo Fernandez has reportedly ground to a halt despite reports the Argentine World Cup winner would break Premier League transfer records in his move. 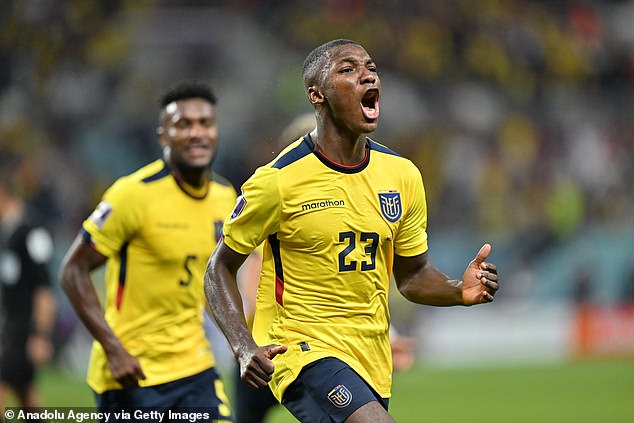