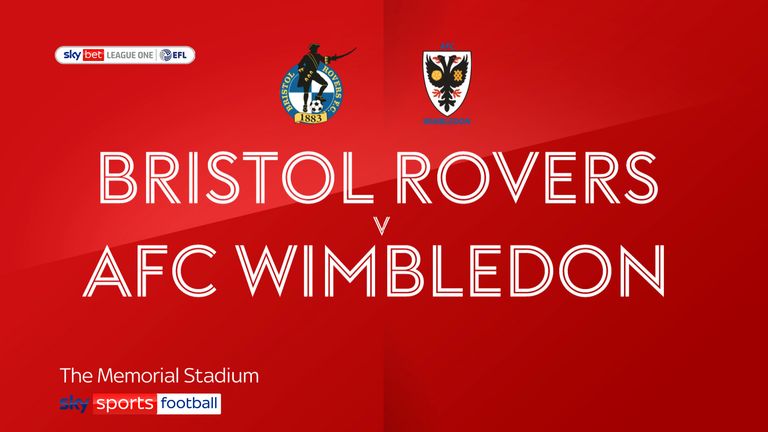 Goalkeeper Nik Tzanev was AFC Wimbledon’s hero in a goalless draw with fellow League One strugglers Bristol Rovers at the Memorial Stadium.

The pick of his saves came on 52 minutes when he spread himself to block Jonah Ayunga’s shot from inside the box after a neat Rovers passing move.

Tzanev also made the only two first half saves, diving to his left to keep out Luke McCormick’s 24th-minute shot and beating away a Sam Nicholson drive in stoppage time.

But there were also important late contributions from Rovers keeper Joe Day, who did well to deny Wimbledon substitute Ollie Palmer when he broke clear on 85 minutes.

Day also had to dive to keep out a late effort from Joe Pigott when the visitors belatedly came to life as an attacking force.

Zain Westbrooke went close with an early free kick and Ayunga fired over from an Alex Rodman cross as Rovers created all the chances before the break.

But in the end battling Wimbledon deserved their point.