Manchester United midfielder Bruno Fernandes says a number of players have had a significant influence on him, but perhaps none more so than Paul Scholes and Cristiano Ronaldo.

Fernandes has had a huge impact on Ole Gunnar Solskjaer’s midfield since his arrival in January, scoring 13 goals and supplying 10 assists in 21 Premier League appearances so far.

The Portugal international insists creating chances for his team-mates is equally as important to him as scoring goals, and says that his style of play could be compared to that of United club legend Scholes.

Reflecting on midfielders he watched growing up, Fernandes told The Official Manchester United Podcast: “Maybe I’m more closer to Paul Scholes. Scholes was a guy who likes to be in the box, who likes to give an assist, who likes to score a lot of goals. 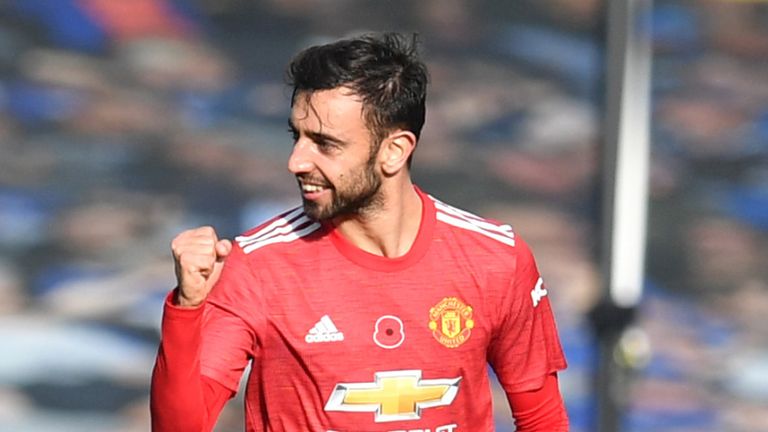 “It’s funny, I remember when we were about to play Club Brugge [at home] last season, and I was in the dining room with Fred, and on the television they were playing all Paul Scholes’ goals in a Manchester United shirt [on MUTV].

“We had eaten, but we just stayed there to watch all of the goals of his. It was funny because I was talking to Fred, and I said to him, ‘You see what Paul Scholes is doing, you need to be more closer to the goal, because if not, you will never score!’ And then Fred, in that game, he scored twice!

“I appreciate Scholes a lot but maybe because, at that time for me in Portugal, when Scholes was playing at his best level, it was difficult for us to see English football, maybe it was because Spanish football was closer so it was more on the television, and we grew up with those names.

“And before everyone starts talking about this, I haven’t seen every midfielder in England, ok?! But I think in the last generation, those three were the three best ones, and for me Scholes was best.”

‘Everyone knows Ronaldo was my favourite player’

Ronaldo has also played an important role in Fernandes’ development, both when he was a young boy and in recent times, as Fernandes previously said that the former Manchester United star always asks him about how he is getting on at Old Trafford.

Fernandes admits that Ronaldo’s mentality and work ethic were major sources of inspiration for him growing up and says the Juventus forward’s role in the Portugal side that reached the Euro 2004 final is a key memory for him. 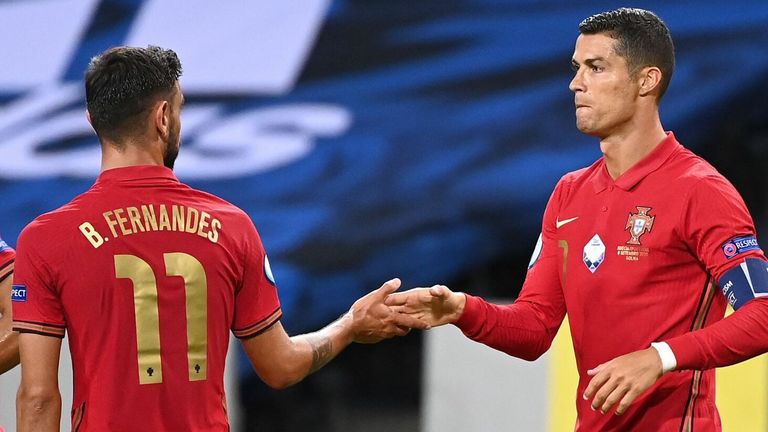 He said: “Everyone knows Cristiano was my favourite player. I think it was a little bit of everything. When Cristiano began to take his first steps in the national team, it was in the Euros in our home country, so I was nine years old.

“That year stays with everyone because we lost the final in Portugal, we saw him crying after the final, he was a young boy who was starting to shine and from there I started to watch him.

“It wasn’t because he plays in my position because that wasn’t the case, but it was the way he worked every day, the mentality he had, the capacity he had to give 100 per cent in every game at a high level, for me it was like a motivation, like you always have to do better.

“He was scoring goals every game, but game after game he was still trying to improve, get better. My mentality comes a little bit from understanding what sort of player you want to be.

“Coming back with the mentality that is, ok I didn’t play well in that last game and I really need to do well in this one. The mentality to do better day after day is really important for me. I’m improving a lot because of this, and that was my biggest motivation.”

Cesc Fabregas set to fly to Monaco for talks