Arsenal have already made an approach for France international Thomas Lemar from Atletico Madrid, but Mikel Arteta faces stiff competition for his signature from rivals Tottenham.

But, Atletico manager Diego Simeone has rebuffed both offers from the north London clubs.

Arsenal have been linked with a move for Lemar for a number of years, and they were close to signing the forward in 2018.

But, the deal fell through, and the 24-year-old moved from Monaco to Atletico six months later.

After failing to impress Simeone this season, Atletico are reportedly willing to sanction Lemar’s sale this month.

Both Arsenal and Spurs have already made bids for the left winger, according to AS.

But, the offers were believed to be far short of the club’s valuation for the player. 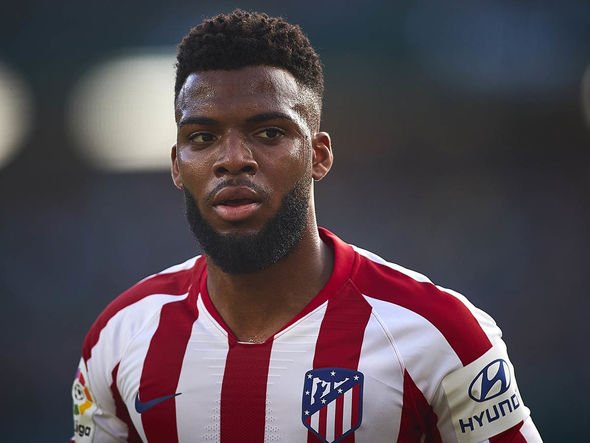 Portuguese super-agent Jorge Mendes has been brought in as United attempt to finalise a fee with Sporting, who had been hoping to bring in as much as £68m for their captain.

Express Sport understands United had been willing to give Fernandes a contract worth a whopping £150,000 a week, which would represent a significant increase on his current salary.

Solskjaer has made the 25-year-old his top January transfer target and Ed Woodward has given him the financial backing to pursue a deal.

The Telegraph now report United have sorted out personal terms with Fernandes, who is expected to put pen to paper on a minimum four-and-a-half-year contract.

United must now agree upon a transfer fee with Sporting, who may be forced to cave having initially demanded £68m for their star man to due to the financial issues they’re experiencing. 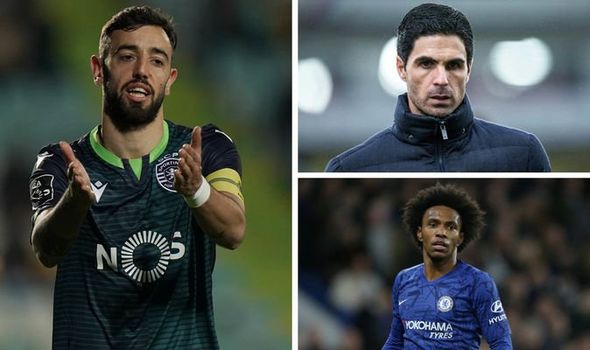 Arsenal in advanced talks with PSG

Arsenal are in advanced talks with Paris Saint-Germain left-back Layvin Kurzawa, according to David Ornstein of The Athletic.

He also reports that the Gunners are working on three to four cheaper deals this month but may not complete them all before the January transfer deadline.

He tweeted: “Arsenal in advanced talks to sign PSG left-back Layvin Kurzawa. Negotiating today over deal for this window.

“Free agent in summer so trying to do it now without fee. #AFC working on 3-4 loan / free / low fee deals (doesn’t mean will do all)”.

Chelsea are preparing for Willian’s exit and have made signing a winger their main transfer priority, says transfer expert Duncan Castles.

Chelsea look set to allow Olivier Giroud to leave the club this month, leaving them short on attacking options. Blues head coach Frank Lampard has stated he is looking to reinforce his strike force during the current window.

“It does not look like Chelsea are willing to spend that much on a centre-forward,” Castles said on the Transfer Window podcast.

“Their priorities, I’m told, are elsewhere, particularly on the wing where they envisage losing Willian at the latest in the summer.

“They have offered Willian a new contract but only a one-year contract because of his age. 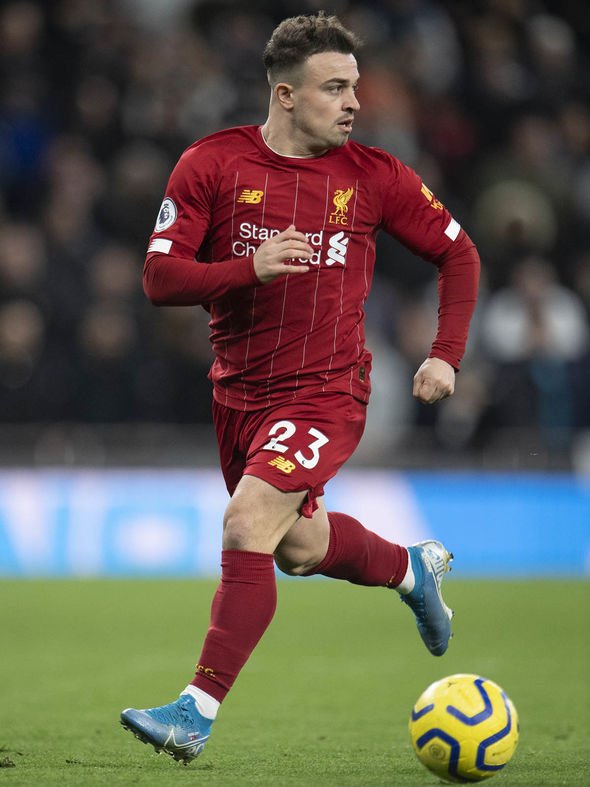 “Willian, quite understandably, is arguing that ‘I’m better than a one-year contract, I’m a top performer in the Premier League, there are plenty of other clubs who would like to give me a longer-term deal, so I’m not going to sign that’.

“So Chelsea are preparing for his exit and I’m told are focusing on wingers at present.”

Liverpool boss Jurgen Klopp has decided he will not sell anyone from his first team squad this month, including Xherdan Shaqiri.

The Swiss international has been linked with a switch to Roma but has been told he will be staying put.

And, according to the Mirror, Klopp has even gone as far to warn Shaqiri’s agent that he won’t be allowed to leave the club as they home in on the Premier League title.

Shaqiri has struggled to make an impact since sealing his move from Stoke. So far this season he has played just 175 minutes of football in the Premier League.

Shaqiri has started twice and come of then bench four times, while he made one three-minute substitute appearance in the Champions League.

But Klopp is still determined to keep him at the club as they hunt their first league title since 1990.

Emery: Klopp's Liverpool can be the new 'Invincibles'