Bruno Lage looks a shrewd replacement for Nuno Espirito Santo at Wolves… the former Benfica boss can thrill at Molineux with his love of attacking football, has coached in England before and may help the Portuguese stars reach another level

Bruno Lage is closing in on becoming the new Wolves manager – and the club’s supporters will hope he is capable of building on Nuno Espirito Santo’s work.

Sportsmail revealed in April that Wolves, in a shocking turn of events, were preparing for life after Nuno, and that Lage was on the shortlist of names to replace him.

It now looks as though he has got the nod from the hierarchy and, judging by his track record, the appointment appears very shrewd indeed. 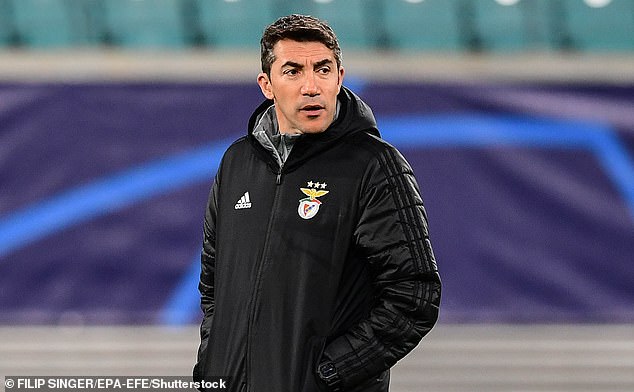 Lage jetted into England to hold talks with Wolves chairman Jeff Shi and it is just a matter of days until an official announcement is made.

Not even complications over securing a work permit, a process tightened up by post-Brexit rules, could derail the hiring.

And with a hearing handing Lage the green light to take the job, Wolves have got their man. But what should they expect to see from him? 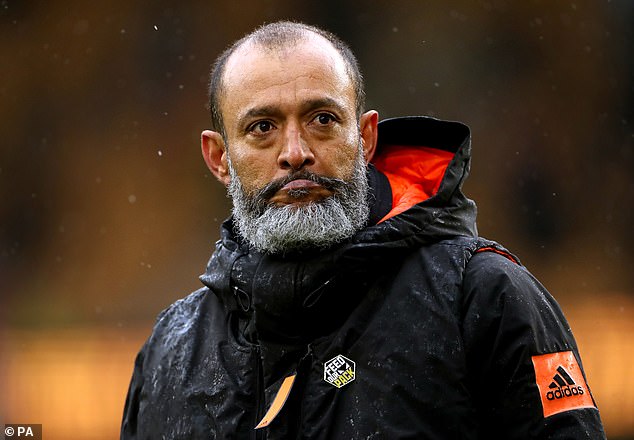 He was formerly an assistant under Carlos Carvalhal at Sheffield Wednesday and Swansea, and his most recent role was at Benfica, where he won the title in 2019.

A promising and varied story, then. As a result of his past successes and desire for fast, attacking football, he will arrive at Wolves having been showered in praise.

Lage first began making waves in the world of coaching with the youth ranks at Benfica in 2004. In fact, the 45-year-old took charge of each of the age groups in the academy and enjoyed great success.

His job was made easier by the likes of Joao Felix, Ruben Dias and Gedson Fernandes eyeing up the first-team, admittedly, but Lage performed superbly. 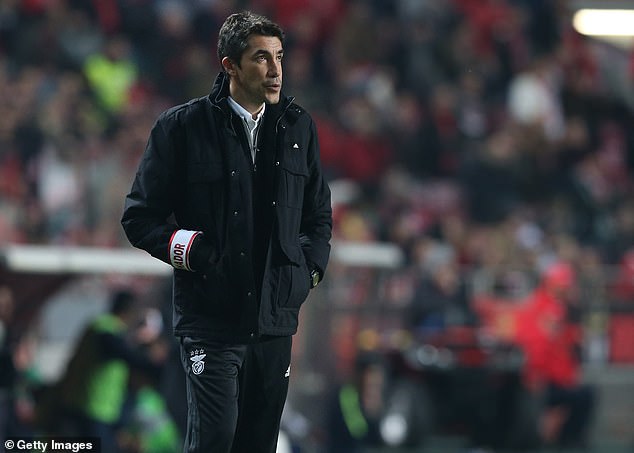 It would be a little while yet until he took the step into management, however, and Lage first accepted a No 2 role under Carvalhal.

When Carvalhal became Sheffield Wednesday’s boss in the Championship, he brought Lage into his set-up. The coaching team enjoyed a fine two years, but both were marred by play-off final heartbreak at Wembley.

In their first season, they secured a sixth-placed finish, only to then lose the showpiece, and claiming fourth spot the next year marked a notable improvement.

Once again, though, they came off second best in the capital – and Lage found himself, along with Carvalhal, axed soon after. Wednesday had been down in 15th and 11 points off the top six. 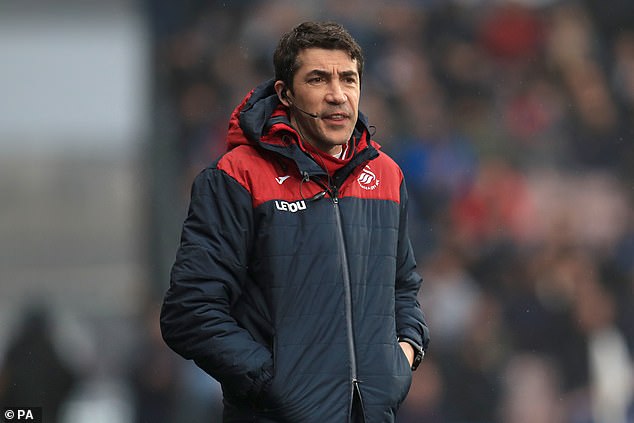 Just four days later, the two joined Swansea in the Premier League and set about trying to keep the club there. Unfortunately, they failed despite their best efforts.

Huw Jenkins, the former Swansea chairman, revealed after the drop that it was best to ‘move in a new direction’, leaving Carvalhal and Lage without a job again.

During their time working closely together, Lage would assist his compatriot by organising and running training sessions, carrying out analysis of the opposition and also working on specific attacking patterns.

Benfica later welcomed him back as their reserve team coach with open arms, and Lage was able to hit the ground running. 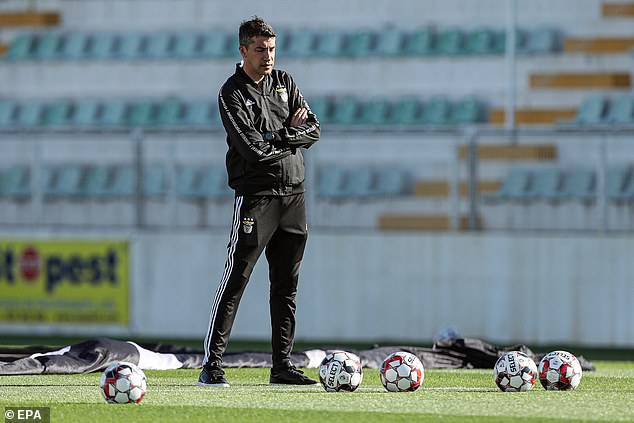 His big break arrived in January 2020, when Rui Vitoria was handed his marching orders with his charges in fourth. Lage found himself promoted into the first-team hotseat on a caretaker basis.

He managed his first game in the Primeira Liga against Rio Ave and picked up a 4-2 win at home. Just eight days later, Benfica then decided to permanently appoint him as their head coach.

Despite the mountain they had to climb to take top spot, Lage’s team overcame an eight-point deficit and won a record 37th title.

A host of the starlets who impressed during Lage’s time in the academy were promoted with him, and Joao Felix flourished to the extent that Atletico Madrid splashed out £114million to sign him. 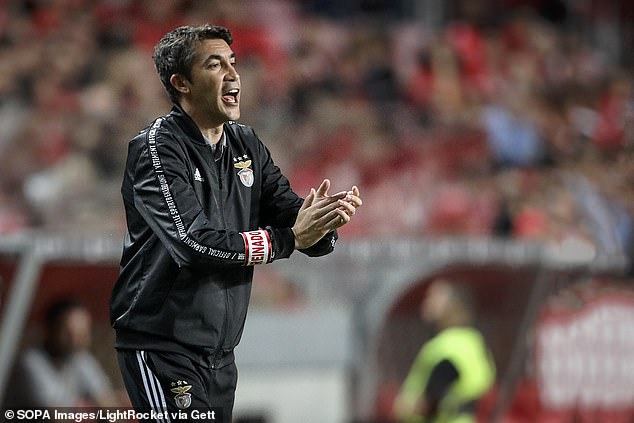 Despite taking over when Benfica were in fourth, they romped home to take a record 37th title

This was no simple achievement for Lage, either. Benfica romped home to take the trophy, scoring goals for fun and thrilling the masses with displays pulsating with attacking exuberance.

The cold, hard numbers prove this. From the 29 games he oversaw from January until the end of the campaign, the club scored 85 goals in total and conceded just 27. Out of the 19 league fixtures, they won 18 of them.

As well as enjoying the best second half of a season in the competition’s history, Benfica also beat Porto, Braga and Sporting Lisbon away from home.

Building on Vitoria’s initial work up until the holiday period, Lage’s side ended the year on 103 goals in the Primeira Liga – matching the all-time record. Along the way, they even smashed a humiliating 10 past Nacional. 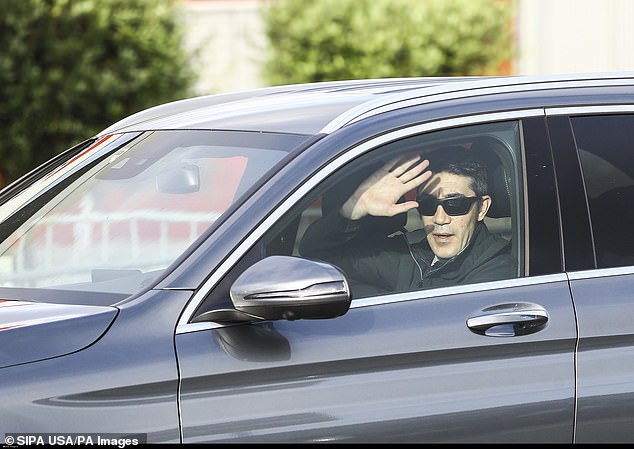 In the Europa League, Lage guided his players through two knockout rounds, with wins coming over Galatasaray and Dinamo Zagreb, but they fell short in the quarter-finals against Eintracht Frankfurt on away goals.

Benfica then flew out of the traps domestically in Lage’s first full campaign in charge. Incredibly, between August and January, the champions won 18 of their first 19 league games, with the only loss coming at the hands of Porto.

Having won the league, they entered the Champions League group stage. But in the end, they fell back into the Europa League, having finished third after being drawn with Lyon, RB Leipzig and Zenit Saint Petersburg.

It all came crashing down for Lage just as the coronavirus pandemic wreaked havoc with football around the world. A horror run of seven games without a win either side of the league’s suspension saw their title defence take a serious dent. 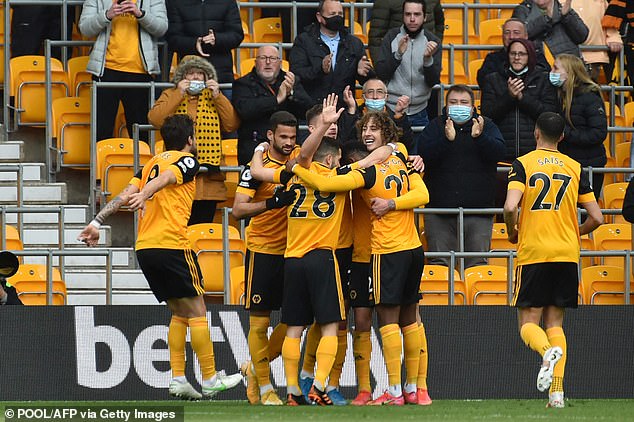 Following a 2-0 loss to Maratimo, Lage was sacked. A round of 32 exit from the Europa League just five months before saw his spell end on a disappointing note.

He will look to bounce back in the Midlands and largely has the resources to do just that. In a contrast to predecessor Nuno, Lage favours a bolder approach on the front foot, and the sheer number of goals from his Benfica teams underline that.

Using a 4-4-1-1 system for the majority of his time in management, Lage has been known to encourage his players to pass the ball around at speed, and midfielders with technical quality are a must for this to work.

Wolves, of course, are blessed with the type of stars Lage will look to mould into high-flyers once again. Ruben Neves, Joao Moutinho and Pedro Neto are among a large group of stars from Portugal who will help him feel at home. 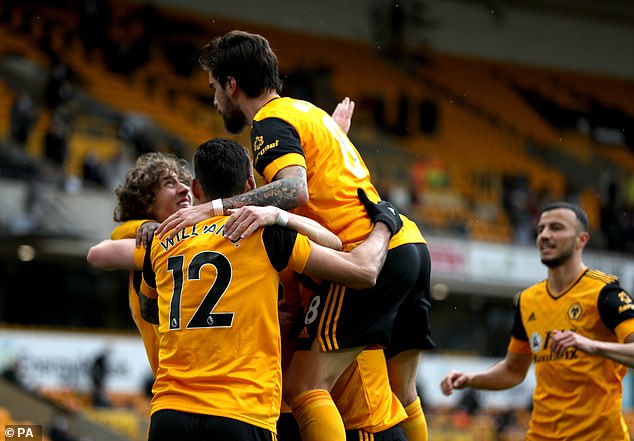 Nuno departed by ‘mutual consent’ after a 13th-placed finish and frustrating form marred his final season at the helm, and Lage will look to push for the Europa League spots straight away in his first year.

He is a client of Jorge Mendes, who is known to be close to chairman Shi and also represents a number of Wolves’ players, and is understood to have wanted to take up a role in England for a while.

Now his wish has finally been granted, it’s time for him to put on a show. Let’s see what he can do.