Report and free highlights as Ben Mee scores only his second goal in four years in the Premier League to give Burnley victory over Sheffield United, who have only two points from 16 games; Clarets move within seven points of top half after win 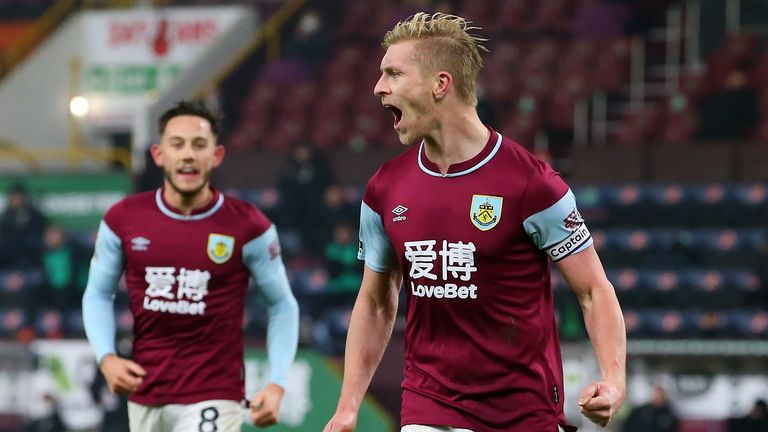 Ben Mee’s header moved Burnley five points clear of the bottom three with a 1-0 win over Sheffield United, who remain 11 points from safety.

Mee nodded in Robbie Brady’s corner after 32 minutes to settle a game of few clear-cut chances at Turf Moor, with the plucky Blades again ruing a lapse in concentration in an otherwise largely even game.

Moments before falling behind they had come close from a corner of their own with Rhian Brewster denied on the line by Josh Brownhill’s block, while David McGoldrick pulled a strong save out of Pope five minutes after the interval.

Elsewhere, Aaron Ramsdale was in fine form to keep out efforts from Ashley Barnes and Chris Wood, but Mee – with only his fifth Premier League goal from 175 appearances – did enough to lift Burnley up to 16th, three points ahead of 17th-placed Brighton who have played a game more.

Resurgent Burnley almost continued their upward momentum in the opening minute when Barnes took Wood’s flick in his stride before pulling a strong save out of Ramsdale at his near post.

An early injury to Charlie Taylor took the wind out of the hosts’ sails, and Sheffield United soon began to look their normal selves – but with their familiar struggles once they reached the Burnley box.

On the half-hour mark they did come inches away from a breakthrough; Brewster’s downward header was cleared off the line by Brownhill with Pope beaten, with the Clarets surviving to fight another day. 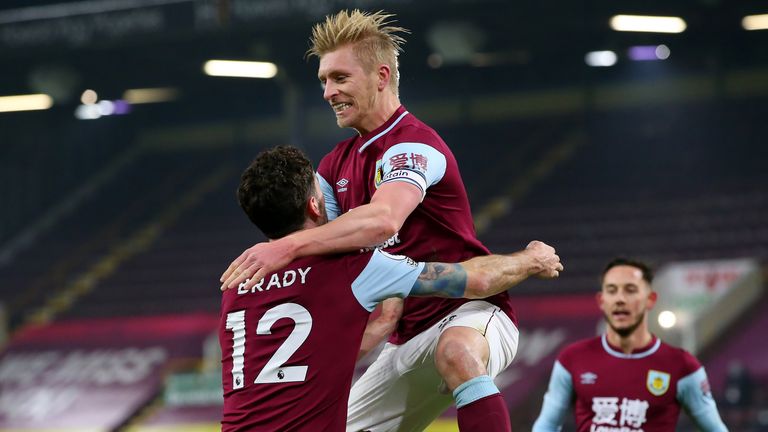 It was a cruel irony on the visitors that within moments they would fall behind to a corner at the other end, with Mee rising highest to beat Ethan Ampadu and power Brady’s delivery inside the near post.

Brewster and Wood would exchange efforts before Burnley went in a goal to the good at the break, with the visitors still very much in the game – and they emerged for the second period looking like they knew it.

Five minutes after the restart McGoldrick came close to finishing off an intricate passing move but found Pope equal to his effort from a tight angle.

However, it took another 25 minutes for them to worry the goalkeeper again despite their territorial dominance, when George Baldock’s drive was edged wide of his own post by James Tarkowski’s sliding block.

Burnley changed to a five-man midfield to see out an important three points and although they still allowed McGoldrick to head over from a corner in the dying minutes, resisted Sheffield United’s huffing and puffing to continue their comeback from their early-season form, and have now lost only one of their last six games.