‘No, you can shoot me!’: Burnley boss Sean Dyche laughs off idea of managing until he is 65 like West Ham counterpart Manuel Pellegrini

Dyche’s Clarets face Pellegrini’s Hammers at the London Stadium on Saturday, and at his pre-match press conference, the 47-year-old, who reached six years in charge at Burnley on Tuesday, was asked if he could see himself going on in management as long as Pellegrini has.

Dyche replied: ‘No. I won’t be in management at 65. If I am – what was the famous one from Steve Redgrave? You can shoot me!’ 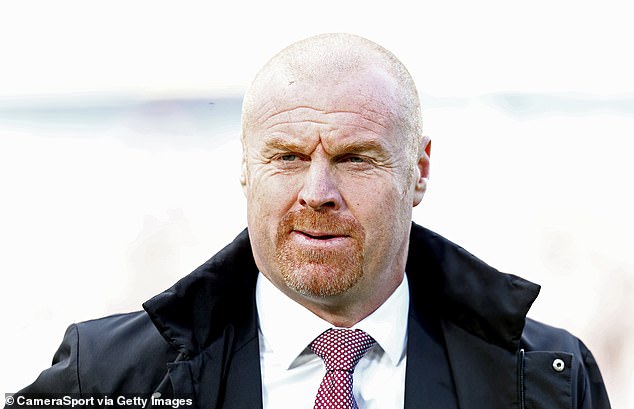 Five-time Olympic rowing champion Redgrave famously said after claiming the fourth gold in 1996 that if anyone saw him go near a boat again they had his permission to shoot him.

When then asked why he thought that, Dyche said: ‘Because I don’t think it’ll be that kind of game in the future for management, whether you’re good, bad or indifferent.

‘I think the demands of the instant nature of management will change the viewpoint of longevity from the manager’s point of view.

‘It’s going to be a future of hopping around clubs, I think – a one-season kind of mentality, possibly.

‘There will be few of my situation, and Eddie (Howe, whose current stint as Bournemouth manager also recently reached six years), people like that, who are staying at a club for a long-ish time.

‘I think they’ll be few and far between, just because of the nature of the game – unless things change, of course, unless the viewpoint of football management changes, the finance maybe changes and softens, and therefore you have to build things, rather than the instant nature of everything. 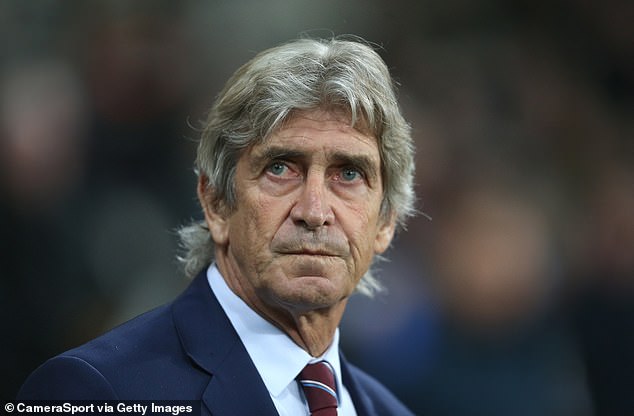 Dyche made the comments ahead of facing West Ham, coached by Manuel Pellegrini, 65

Burnley were 14th in the Championship when they appointed Dyche as manager in 2012. Since then they have been promoted to the Premier League twice, and last season’s seventh-placed finish saw them this term playing continental football again for the first time in over 50 years, in the Europa League qualifying rounds.

Dyche, whose side are currently 15th in the Premier League, added: ‘The team’s I think not where it wants to be but it’s getting better. I think the club is definitely considerably in front of where it was. But you demand more, I demand more.

‘I want more from myself, from my staff, from the players, more from the club, more support, more building, more intention to go forward.

‘But here, it has to be done in a sensible manner and that is a challenge. It’s been a challenge ever since I have been here, but we have made it work, and our job is to continue making it work.’

Burnley won 3-0 at West Ham last season in a game marred by trouble at the London Stadium. That included some supporters invading the pitch, and two fans ran on to the field at the ground on Wednesday during the Carabao Cup loss to Tottenham.

Dyche said when asked if he had any concerns about security at the stadium: ‘No. I’m sure the right people will deal with anything that’s needed.

‘Different clubs have different challenges but there’s enough good people within those clubs to organise and make sure things are taken care of, I’m sure.’

Conte: Door is open for Eriksen at Spurs