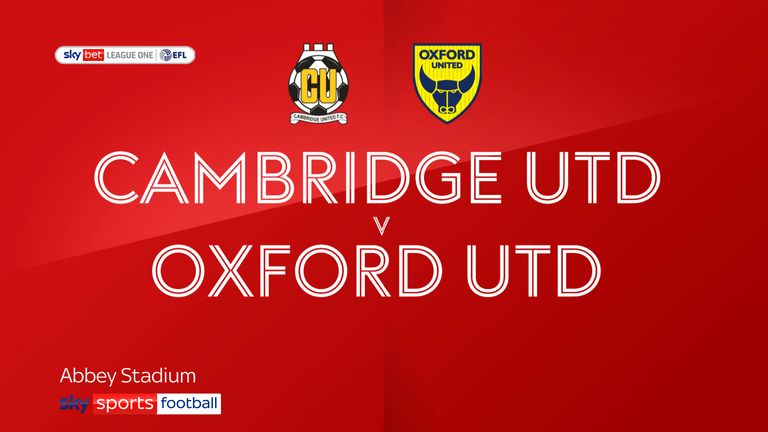 Joe Ironside’s second-half penalty earned Cambridge a 1-1 draw with Oxford in their first Sky Bet League One game for 19 years.

Ironside converted low from the spot 12 minutes from time after Paul Digby had been brought down by Mark Sykes, leaving Oxford to rue missed chances to enhance their lead.

Ryan Williams crossed from the right and the ball evaded everyone before coming to Steve Seddon, who lashed the ball into the far corner.

Gavin Whyte should have doubled the Oxford advantage after 69 minutes but he dragged his effort well wide after running clear when Sam Winnall had dispossessed Lloyd Jones, before Seddon’s fine cross was poked over from close range by substitute Billy Bodin.

Cambridge pressed for a dramatic winner at the death but, when James Brophy cut inside deep into injury time, he saw his piledriver blocked away to safety.

Solskjaer demands win over Leicester despite United needing a draw