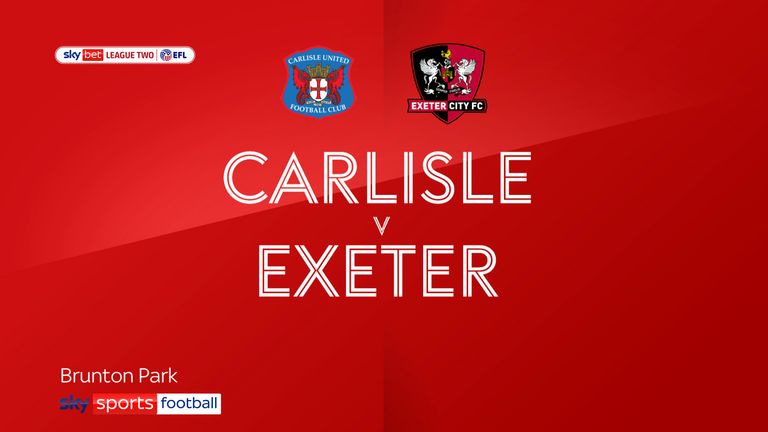 Carlisle returned from their Covid-19 break with a 1-0 win against Exeter.

Chris Beech’s Cumbrians were top of League Two when an outbreak of the virus tore through the camp.

But they did not miss a beat despite the 28-day lay-off and remain in the automatic-promotion race.

It took just nine minutes for Lewis Alessandra to volley home Omari Patrick’s cross for his seventh goal of the season.

Patrick should have done better when he fired over in the 20th minute.

Ryan Bowman went close for the visitors on the stroke of half-time when he struck over the bar.

Both sides had goals disallowed either side of the hour mark, with Bowman judged to be offside and Nick Anderton denied due to a foul on Jokull Andresson.

The visitors did well to avoid conceding a second from a late goal-mouth scramble.