Carlo Ancelotti has thanked Napoli owner Aurelio De Laurentiis for clearing up what he called ‘lies’ about a rift between the two, according to Goal.

There were rumours that Ancelotti would be leaving Napoli at the end of the season if his players didn’t step up and challenge for the title.

However, De Laurentiis came out to say that Ancelotti could stay ‘for another 10 years’ as manager of the club. 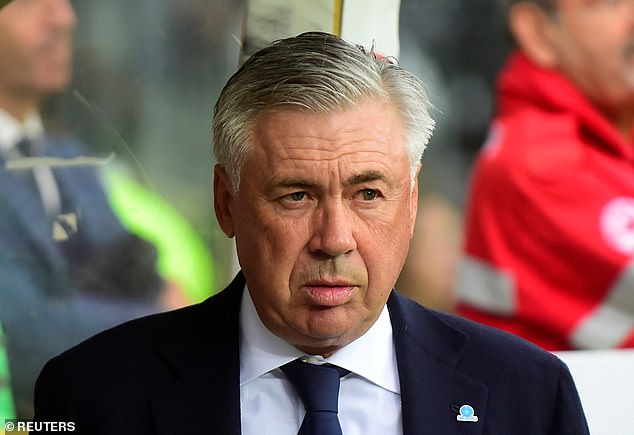 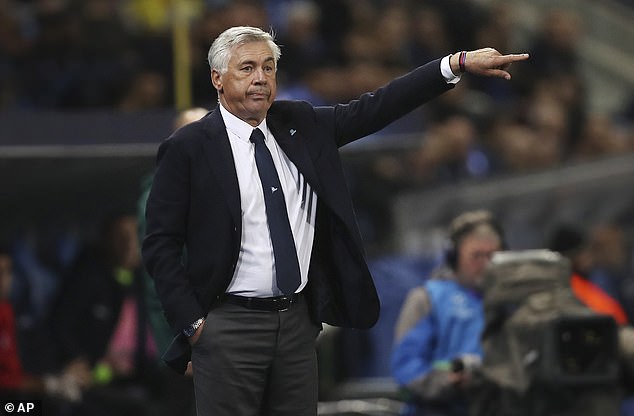 There were reports that there was a rift between the two, with Ancelotti set to leave the club

‘De Laurentiis’ comments cleared up the rubbish we’ve heard people saying about us,’ said Ancelotti at a press conference.

‘We have an excellent relationship and I’m very happy here. What the president said came from the heart.

‘I’m pleased he has confidence in me and I’m also happy he cleared up some of the lies that have been going around.

‘What matters now is that we look forward and get back to winning again. We have a very important game tomorrow which gives us the chance to pick up three points and get going again.’ 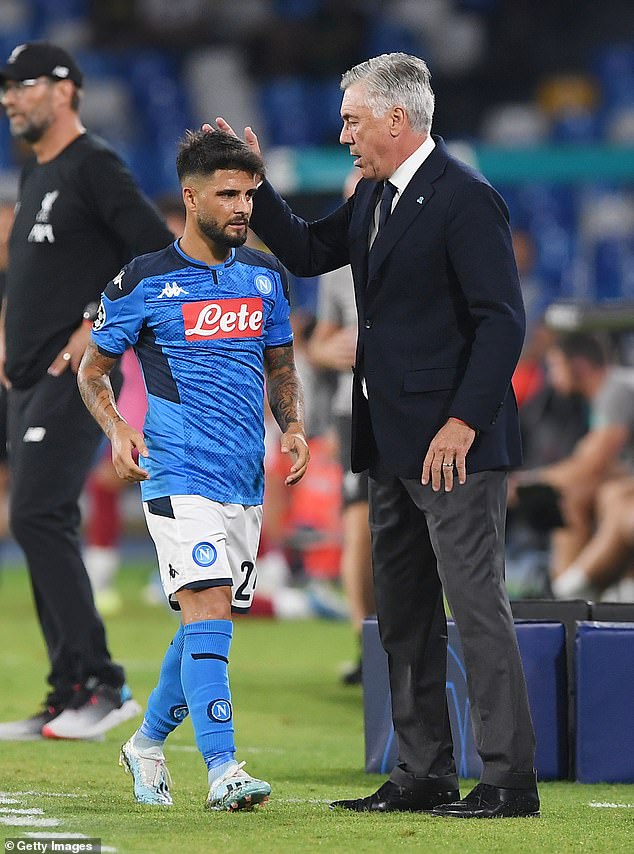 Napoli are currently fourth in Serie A, but have only won one game in their last three. They could also only manage a goalless draw in the Champions League to Genk.

Striker Lorenzo Insigne was left out of the squad for the game, leading to reports of arguments at training and a falling out between Insigne and Ancelotti.

However, Ancelotti has dismissed these reports, saying he was simply resting the Italian forward. 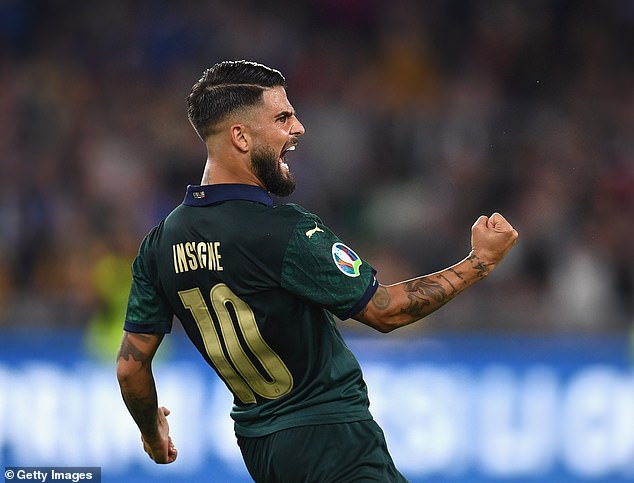 Insigne said they had had an argument in training, but Ancelotti said he is ‘hugely important’

‘The situation with Lorenzo is not at all complicated,’ he said. ‘He made an excellent start to the season then he had a dip in form and I decided to rest him.

‘He’s a key player when he’s relaxed, happy and able to fire up the team as he does so well. He’s less effective when he’s on edge because he’s not able to express his full potential.

‘I didn’t think he looked sharp in training and decided that it was best [to leave him out of the squad] – a strong decision perhaps but it’s all cleared up. I repeat, Insigne is a hugely important player for us.’

On the other hand, Insigne admitted a clash in training, and revealed that his ‘rapport with Ancelotti is a bit odd.’