Sir Alex Ferguson approached Carlo Ancelotti about replacing him as Manchester United manager in 2013, but the Italian was already committed to Real Madrid: ‘I appreciate the fact that he talked to me’

Everton manager Carlo Ancelotti spoke for the first time on Tuesday night of how Sir Alex Ferguson approached him about becoming Manchester United manager after deciding to step down seven years ago.

The Italian, whose side face Ole Gunnar Solskjaer’s team on Wednesday evening, said he had always been grateful to the Scot for considering him but had committed himself to Real Madrid instead. United have not approached him since.

Ancelotti said: ‘I can say that I keep a fantastic relationship with Sir Alex. We met when he decided to stop but I was close to Real Madrid. I appreciate the fact at that time he talked to me.’ 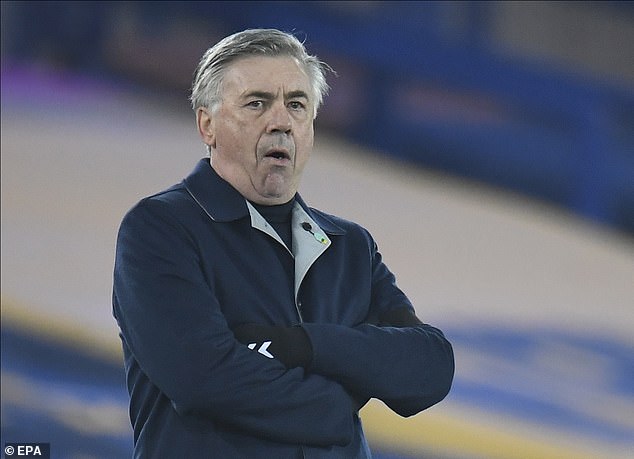 Ferguson revealed in 2015 that Ancelotti was one of several ‘very desirable’ candidates whose availability he canvassed before settling on David Moyes.

‘It became apparent that Jose Mourinho had given his word to Roman Abramovich that he would return to Chelsea and that Carlo Ancelotti would succeed him at Real Madrid,’ he wrote in his book Leading. 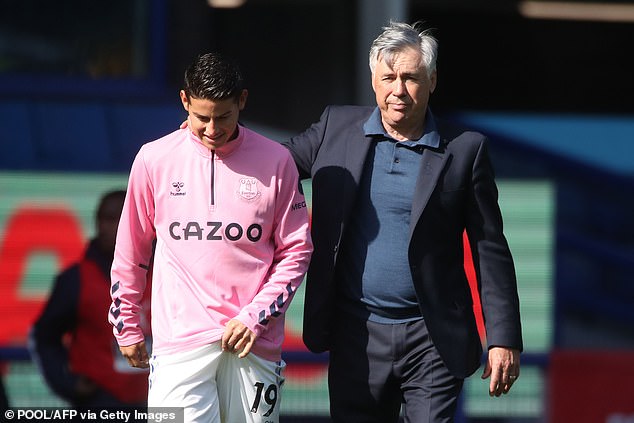 Ancelotti, who will again be without James Rodriguez on Wednesday night, insisted Everton will not turn their longest-ever trophy drought into an ‘obsession’, despite being two games away from their first silverware in 25 years.

He said: ‘We want to do our best. There is a kind of pressure for the fact that this club didn’t win for a long time.

‘It is not an obsession. This is only a great motivation.’

Ancelotti will rotate goalkeepers Jordan Pickford and Robin Olsen between Wednesday night and the Boxing Day fixture against Sheffield United.

Gary Neville claims 'something is growing' at Manchester United