To raise flagging spirits, Celtic turned on the half-time disco lights and welcomed back a returning hero – without kicking a ball Fraser Forster’s impact was pretty much instant.

Before this dogged 2-0 win over AIK Stockholm the Green Brigade ultras issued another of their messages to the Celtic hierarchy.

Beneath an image of Peter Lawwell, Neil Lennon and Dermot Desmot the words ‘Don’t Sleep at the wheel’ offered a blunt reminder of the discontent coursing through the Parkhead support with the club’s transfer dealings so far. 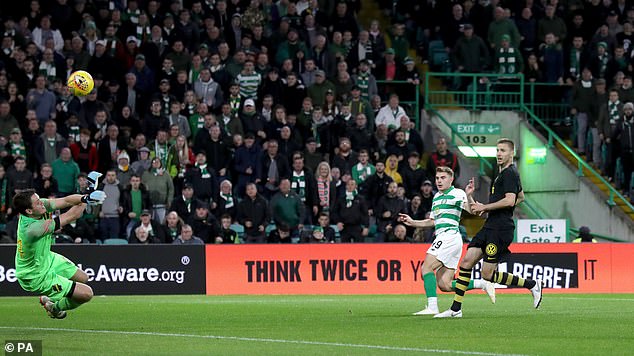 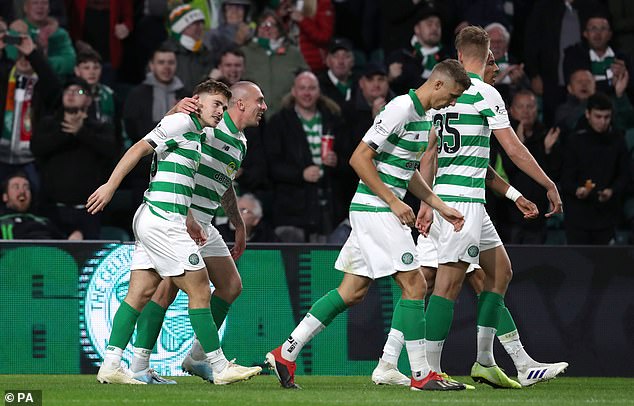 The response arrived midway through the first half with the confirmation of Forster’s signature on loan from Southampton.

A star of some of Lennon’s most stirring European nights first time around the former England goalkeeper was sent out to rally spirits with the game goalless at half-time. Amazing the difference a new signing can make.

Placed in a tight spot Celtic can always rely on James Forrest. The winger scored his fifth goal in five games three minutes into the second half, Odsonne Edouard adding a precious second with a stunning free kick 18 minutes from time.

In the first half at least the fragility around Scotland’s champions now was hard to miss. Kristoffer Ajer – a central defender – was asked to fill in at right-back in the absence of Hatem Abd Elhamed, prompting supporters to point accusing fingers at Chief Executive Peter Lawwell and the Parkhead board for the failure to sign reinforcements quickly enough.

Progress to the group stage of the Europa League would no doubt help, a win over Rangers at Ibrox even more so.

Facing a test of mental and physical strength Celtic took a significant step towards the first goal by keeping a clean sheet ahead of next week’s trip to Stockholm. Restored to the heart of defence Christopher Jullien, the £7million signing from Toulouse, played well here. 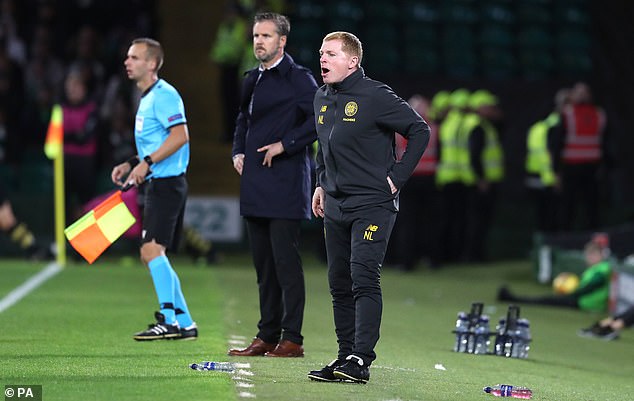 AIK took heart from their first half efforts, yet offered little in an attacking sense. The only regret for Lennon was the failure to add a third from a glut of late chances after Edouard’s sublime strike.

As in the morale damaging defeat to Cluj Celtic saved their urgency for the second half.

Finding the gaps and the openings to crack through Rikard Norling’s tightly disciplined 3-5-2 formation needed patience and determination.

They got there in the end, thanks to two players fast becoming priceless. Forrest has now scored against Cluj (twice), Motherwell, Dunfermline and AIK in his last five games. Edouard, once again, proved himself a big game performer.

The £9million man had ball in the net from Celtic’s first real attack in 16 minutes, a low finish from a deft Christie through ball finding the Frenchman in an offside position.

Edouard deserved a goal five minutes later, the striker superb strength and control from Edouard, collecting a Brown pass with back to goal 25 yards out, turning his man before forcing Linner into fine diving save with a long range netbound shot. 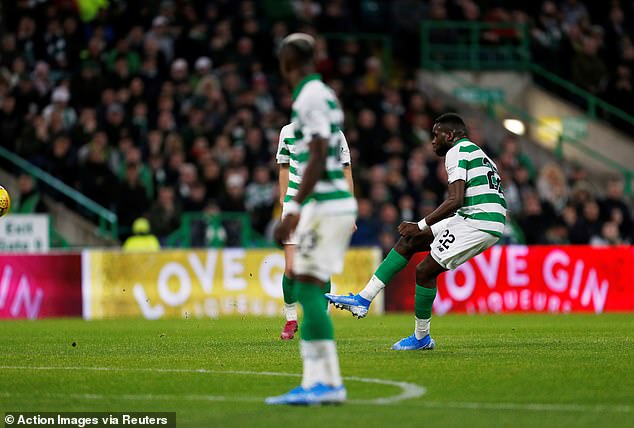 AIK’s supporters offered more aggressive attacking threat in that first half than their own team.

Kettled into Celtic Park from the city centre by a heavy police presence the two parties were reacquainted before half-time, a large group of police and steward’s gathering around away fans as punches and missiles were thrown. A UEFA fine now looks more likely.

As against Cluj Neil Lennon had a job to do at half-time. He had to get to work on his players and restore their flagging belief.

The impact was pretty much instant and obvious to everyone. Two minutes into the second period Callum McGregor’s drilled left foot shot from 20 yards was pushed over the bar by Linner.

By now the AIK keeper looked to be having one of those nights. As the rain tumbled down on Parkhead Celtic had to hope that one would slip through his hands eventually. Mercifully it didn’t take long. 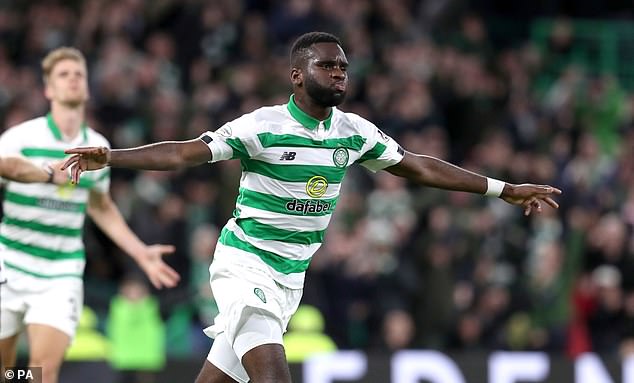 Credit the much-maligned Bolingoli for his role in the breakthrough. There’s a school of through the Belgian hasn’t looked the most confident of players since pitching up in the close season, but he looked confident enough as he seized possession and surged forward from his own half into enemy territory.

His pass right to James Forrest looked likely to be cut out by Rasmus Lindkvist until it took a fortunate break off the shins of the Scotland winger and sat up perfectly for a crack on goal.

A fiercely struck shot appeared to be parried by Linner before the ball dropped into the far corner of the net for 1-0 to roars of relief. At least Celtic had their breakthrough.

Hopes of a prising open of the floodgates proved optimistic. The bit between their teeth Celtic pushed for a quick second, Ryan Christie’s ghosting direct run ending in a deflected shot being pushed wide by AIK’s goalkeeper.

When Mikey Johnston was brought down 22 yards from goal the temptation to throw on substitute Leigh Griffiths like a set-piece kicker must have been strong. 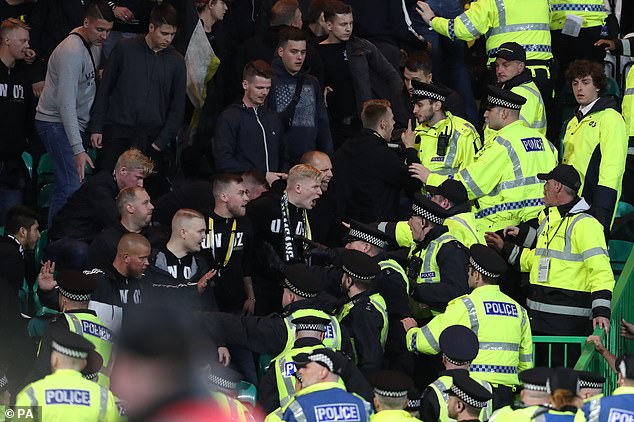 There was no need. Edouard sized up the distance and curled a superb effort into the top corner. Celtic had some breathing space.

An absolute menace to the visitors, the Frenchman almost laid on a surging third goal for Callum McGregor eight minutes from time, a deft through ball sending the midfielder scampering towards goal before his low shot dragged across the face of goal, inches wide of the far post.

Linner goal had more work to do from Edouard and Lewis Morgan as AIK clung to what they had.

By the end Celtic took a significant step towards the group stages of the Europa League. They’re not there yet.