By the end of this truly extraordinary affair, Fraser Forster was racing the length of the field to acclaim the heroics of his captain and Celtic Park was celebrating like another European giant had been taken down.

Surely never before has a Celtic win over Hamilton Accies been celebrated so fervently and carried with it such significant implications.

Of late, Celtic have made these matches seem like feeding time in the piranha tank. They stuck four past Livingston and Ross County in recent weeks but anyone expecting the same degree of bloodletting here was to be sorely mistaken. 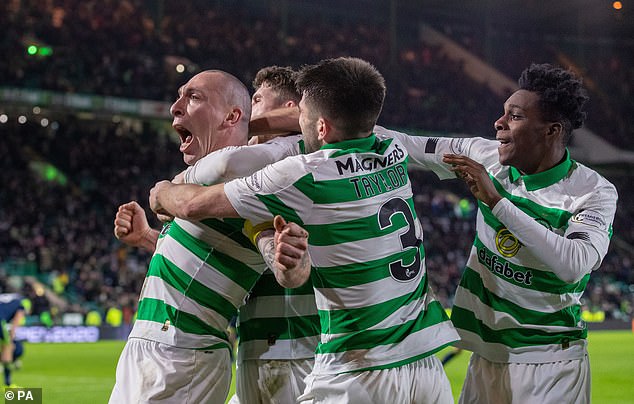 When Ryan Christie edged Celtic in front in the 13th minute, the expected script was being adhered to.

Yet Accies were much more than just dogged and organised. They worried Celtic. They worked Forster.

And when substitute Marios Ogkmpoe slammed home an equaliser in the 90th minute, begrudging them a point would have been harsh.

Step forward Scott Brown. Sensing the nuclear fall-out that would certainly have come from failing to capitalise on Rangers’ draw at Pittodrie, he drove at the heart of the Accies’ defence in the second of minute on added on time and found the corner of the net. Cue utter bedlam in all four stands.

Somehow, an 11th straight win all competitions from Lennon’s side had been secured. The fact it proved to be stickier than a barrel of treacle will matter little once the dust settles. 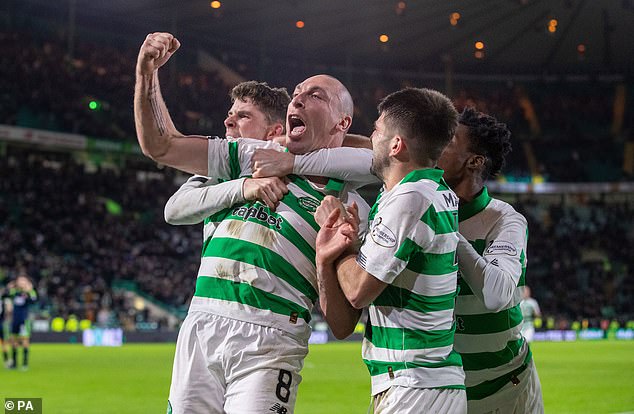 Hamilton may have left Glasgow’s East end with no points but the display of Brian Rice’s men deserved no little plaudits. If they continue to play with such belief and desire, they should have no fears about losing their top flight status.

Doubtless with one eye on the weekend, Lennon benched Christopher Jullien, Tom Rogic and Jeremie Frimpong and introduced Moritz Bauer, Nir Bitton and Olivier Ntcham. Lewis Morgan was retained in the central striker role in side which probably only featured five outfield players who are likely to start at Hampden.

Rice pinned his hopes on a compact 4-5-1 formation with David Moyo handed the thankless task of leading the line on his own.

Just as his side were beginning to grow in confidence, they were undone but a typically slick Celtic move.

Spotting Morgan ghosting off his marker on the left side of the box, Callum McGregor measured his pass to perfection. Morgan did his part by taking the ball in and shooting only for Luke Southwood, the visiting keeper, to parry to his left. Faster of mind and of foot than his opponents, Christie swept home his 16th goal in Celtic colours with just 13 minutes gone.

More of a threat down their left throughout, the combination of James Forrest and Greg Taylor pulled Accies full-back Aaron McGowan one way then the other. One such exchange saw Taylor accelerate into vacant space in a threatening area but to the irritation of his waiting team-mates his delivery was poor. 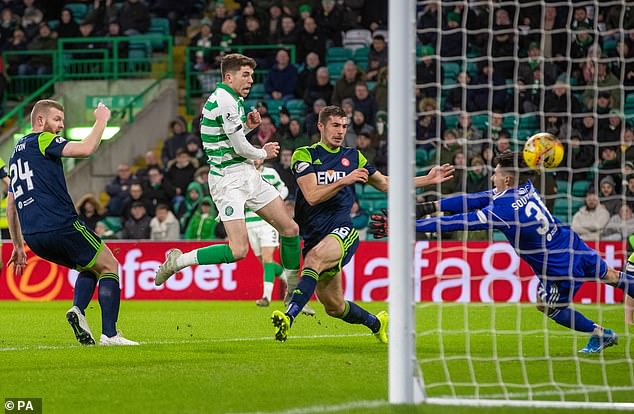 Hamilton’s game-plan remained the same. The comfort for Rice as his side battened down the hatches was the legs of Lewis Smith in midfield with one 30-yard charge through the middle requiring Bitton to take the sting out of his shot.

Scott McMann succeed in working Forster with a strike that was kicked away in unorthodox fashion. Mikel Miller lacked all semblance of composure and his attempt to convert the rebound troubled no one but those seated in the back row of the lower tier.

Hamilton’s cautious approach will never win any prizes for artistic merit but it succeeded in limiting the number of clear-cut opportunities Celtic’s side enjoyed in the first period.

Forrest’s did well to dig out the ball from beneath his feet after being found by Taylor only for his floater to go the wrong side of the far post.

Olivier Ntcham and Morgan were both guilty of missing the target from promising positions although the Frenchman was then denied his side’s second by an excellent McMann block. Warming to the theme, Accies’ Brian Easton put his body on the line to prevent Scott Brown’s pile-driver going any further. 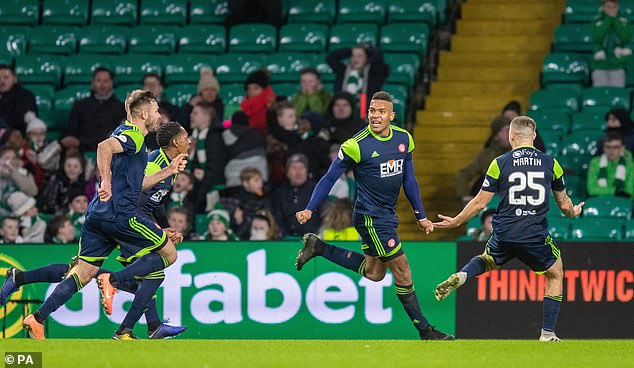 Forrest looked the most likely source of the game-defining second goal. His dancing feet took him across the edge of the penalty box. When he finally got his shot away, Accies were thankful that Christie couldn’t get himself out of its way quick enough. The interval found Celtic still with work to do.

Lennon would have been pleased with the greater sense of purpose his side showed at the outset of the second period. A fine move which started with Bauer ended with McGregor’s fizzing shot deflected over the top by the outstretched leg of McGowan.

Hamilton were not without their moments, though. Another Smith surge on the counter-attack left him one-on-one with Kristopher Ajer but he tamely dragged his shot across goal.

Then, from a Miller free-kick, a heart in mouth moment for Lennon. Sam Stubbs, son of former Celtic favourite Alan, out-jumped the Celtic defence and forced Forster into a superb low stop.

As Brown tried to stir his team-mates to lift themselves, Mikey Johnston replaced the tiring Ntcham before Leigh Griffiths made way for Morgan. Christie was on message but was unable to deliver again, firstly being denied by Southwood then by his inability to keep a shot down at the end of a mazy run. 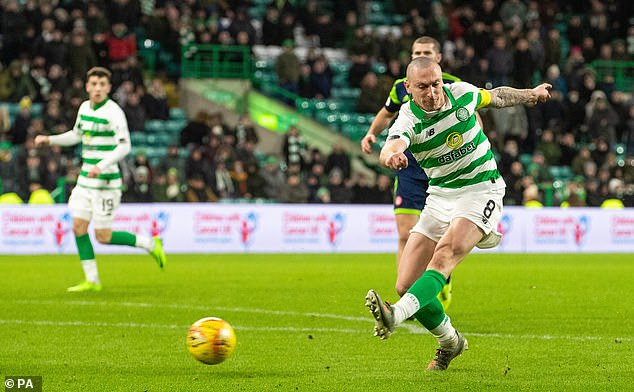 Hamilton’s small pocket of fans were enjoying this. Even more so when the excellent Smith worked Forster with a dipping strike before Easton’s tenacity denied Johnston.

When the Hamilton defender watched the Celtic substitute strike the upright moments later, he might have felt this was going to be one of those nights. Taylor’s failure to convert Griffiths’ smart cross added to the sense of frustration among the home fans.

For all the ball flashed across the Accies’s box on numerous occasions, Celtic were from their best here. Too many rash decisions, too many heart touches, too few players taking responsibility.

The late introduction of Frimpong for Forrest suggested Lennon was happy to take the most slender of victories. By the time Forster had dived to deny Accies’ sub George Oakley at the death, that wasn’t even up for debate.

The finale could not have been more dramatic. With Celtic struggling to defend a long throw-in from Alex Gogic, Ogkmpoe held the ball in, spun and beat Forster with lot strike. Hamilton raced to their fans believing they’d claimed a remarkable result.

Brown had other ideas, though. Managing to keep his head as everyone around him was losing theirs, he carried the ball from right to left across the box before squeezing the ball past Southwood. Parkhead erupted like the title itself had been won.

Football: Premier League calls on fans to behave after incidents of abuse