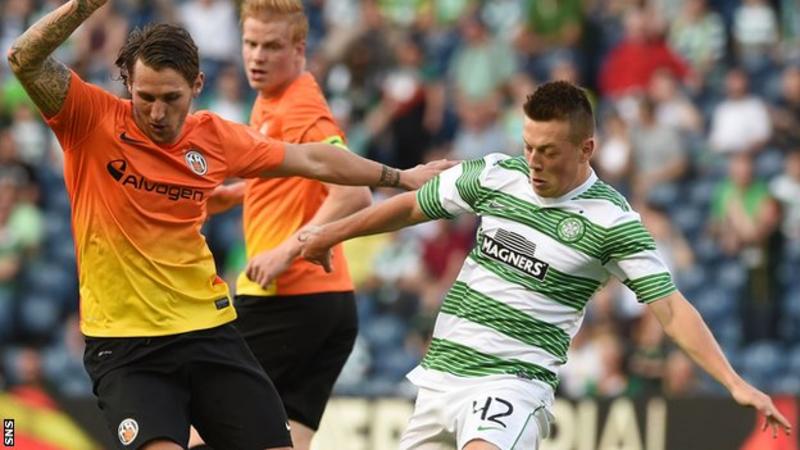 Celtic will face KR Reykjavik in the Champions League first qualifying round on 18 or 19 August.

Neil Lennon’s seeded side were drawn as the home team in Nyon, with ties at this stage of the tournament played as one-off matches.

Northern Ireland’s Linfield or Drita, who meet in Tuesday’s one-legged preliminary round, will meet Legia Warsaw in the first qualifying round.

Wales’ Connah’s Quay Nomads are at home to Sarajevo of Bosnia and Herzegovina.

The draw for the second qualifying round will take place on Monday.

The second and third qualifying rounds will also be one-legged ties and the play-off round will be two-legged.

Celtic last played Reykjavik in 2014, Ronny Deila’s first matches as manager of the Glasgow side, and won the Champions League qualifier 5-0 on aggregate.

The Scottish side last reached the group stage of the competition under Brendan Rodgers in 2017-18, finishing third in their section and entering the Europa League last 32.

Lennon twice led Celtic to the group stage during his first spell as manager, reaching the last 16 in season 2012-13.