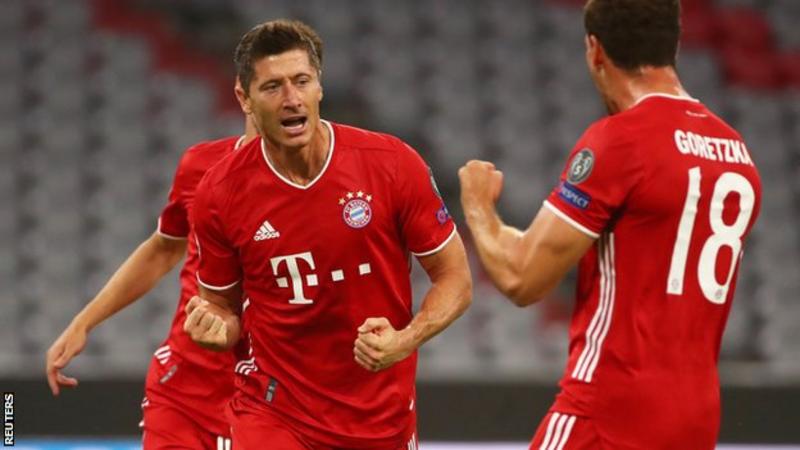 It’s already been a season of incredible numbers for Robert Lewandowski – but he insists he does not have his eye on a Cristiano Ronaldo record after firing Bayern Munich into the Champions League quarter-finals.

The 31-year-old Poland striker scored twice as the German champions beat Chelsea 4-1 on Saturday for a 7-1 aggregate win.

Lewandowski now has 13 goals in seven Champions League games this term and is four behind Ronaldo’s record haul in one season, scoring 17 in the competition for Real Madrid in 2013-14.

If Bayern Munich reach the final in Lisbon, that will be three more games for Lewandowski to surpass Ronaldo’s tally.

“It’s not a goal of mine,” said Lewandowski when asked about Ronaldo’s record.

“We have a few more games in the knockout round and I am just as happy creating goals as scoring them.”

Lewandowski may be close to Ronaldo’s single season record in the Champions League but he has some way to go to even get close to the Juventus forward’s incredible overall tally in the competition.

The Portugal international is the Champions League’s all-time top scorer with 130 goals – 64 ahead of Lewandowski, who moved to fourth in the list with his latest double. 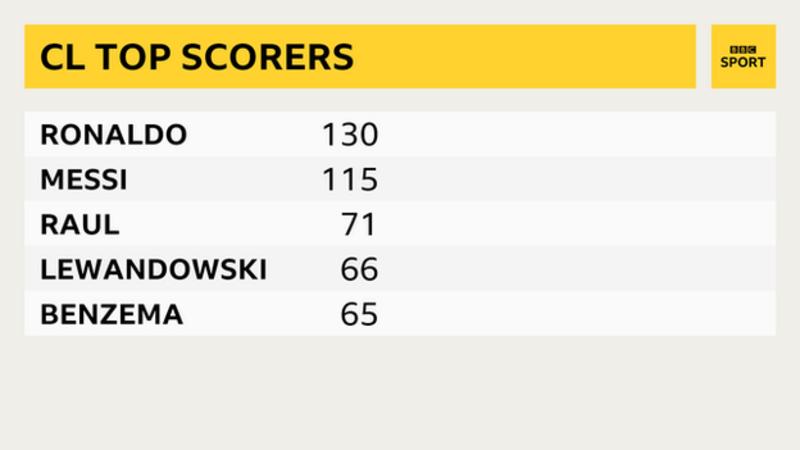 Lewandowski would need to score 16 goals a season for the next four years in the Champions League just to equal Ronaldo’s total – and that’s relying on the incredibly unlikely scenario of Ronaldo failing to score in Europe again.

Still, Lewandowski has trumped Ronaldo’s scoring feats this season with a remarkable 53 goals in all competitions, compared to 36 for the latter.

The numbers behind Lewandowski’s incredible season

Lewandowski showed just why he is one of the finest finishers in the world in the two legs against Chelsea.

Lewandowski’s tally for club and country in 2019-20 includes a haul of four in a Champions League tie away to Red Star Belgrade on 26 November, a hat-trick against Schalke in the Bundesliga on 24 August and three more in one match for Poland away to Latvia in a Euros qualifier on 10 October.

And if you add up his total goal involvements in domestic league games over the past two season (goals and assists), his tally of 67 is only surpassed in Europe’s major leagues by Lionel Messi, who has 95 for Barcelona. 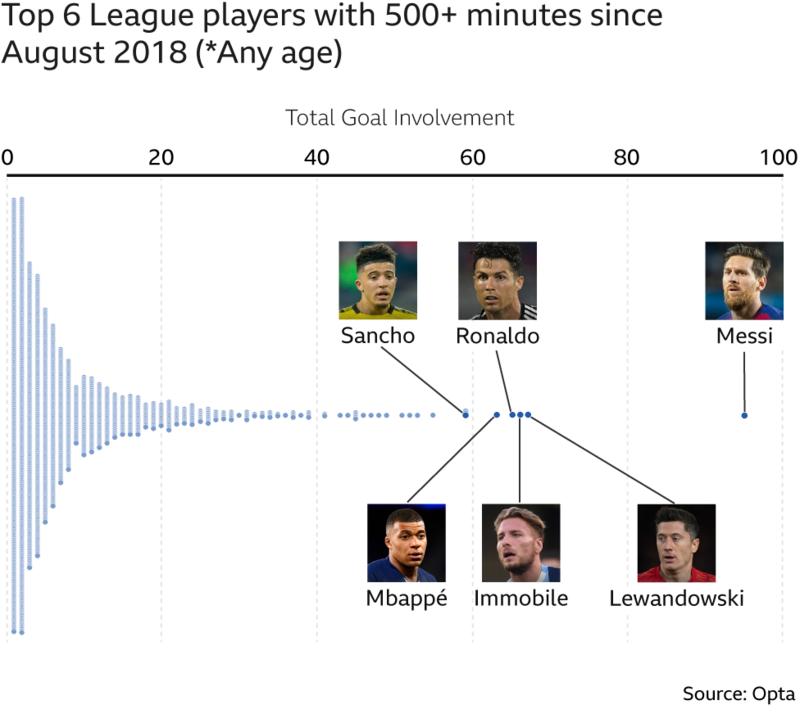 Remembering Le Tournoi: Can England add to their only overseas trophy with the Nations League?