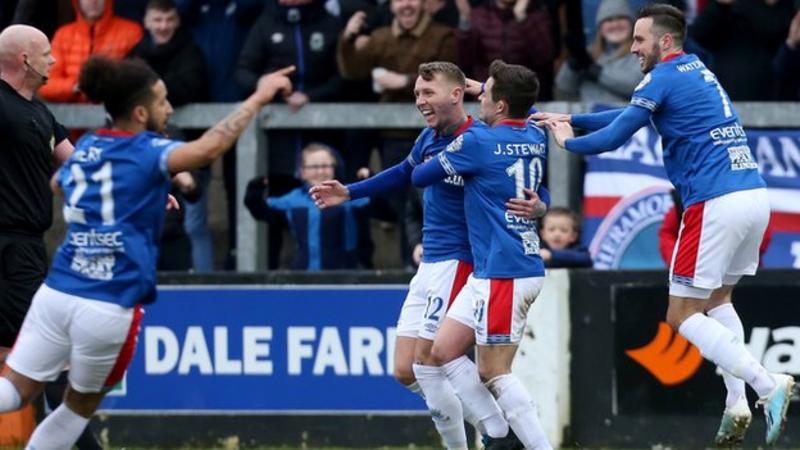 Linfield’s Champions League preliminary round tie with FC Drita was postponed just over an hour before kick-off after a second player from the Kosovan side tested positive for Covid-19.

A Uefa statement said that the decision had been taken after two FC Drita players returned positive tests.

The European tie was scheduled to take place in the Swiss city of Nyon.

The game had been set to go ahead in Switzerland despite Drita’s first positive Covid-19 test last Friday.

However, Uefa said that the second positive test on Monday prompted the Swiss authorities to put the whole Kosovan team into quarantine.

“The player, who tested positive yesterday (Monday 10 August) had previously produced a negative test for Covid-19,” continued the Uefa statement.

“The matter will now be submitted to the Uefa Control and Disciplinary Body, for a decision to be taken in accordance with Annex I of the 2020/21 Uefa Champions League regulations, which was approved by the Uefa Executive Committee last week.”

The winners of the tie will be away to Polish club Legia Warsaw in the first qualifying round.