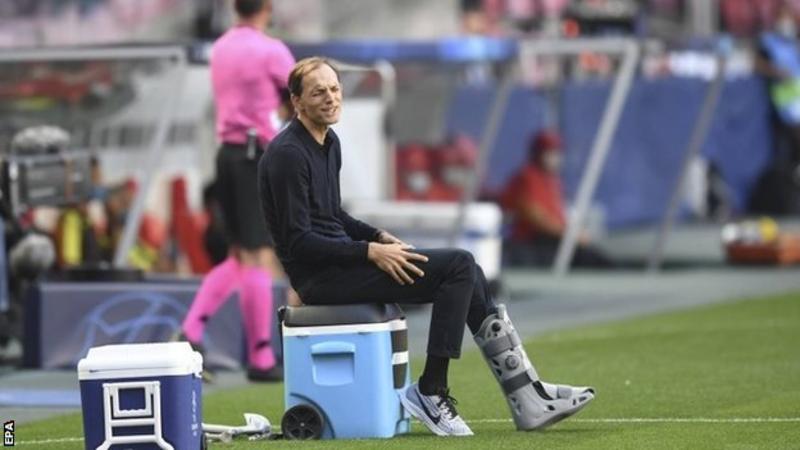 The hope was it would feel like a World Cup – seven games in 11 days. And day one of the Champions League mini-tournament in Lisbon delivered.

Two-legged ties are good, but are one-off games better?

Paris St-Germain scored two late goals, separated by 146 seconds, to come from behind and knock out Champions League debutants Atalanta.

Here’s what the first, dramatic taste of the final eight – and the spectacle of one-game, knockout football – gave us.

Would Mbappe have even played? 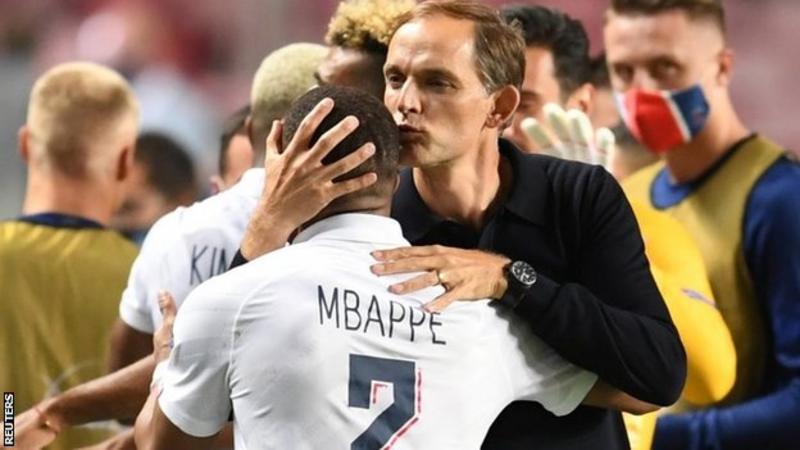 PSG were labouring up front with half an hour to go when Kylian Mbappe came on and changed the game.

The 21-year-old was initially expected to miss the match after spraining his ankle last month, with boss Thomas Tuchel saying it would take a “miracle”.

As the game got closer their hopes grew and the France World Cup winner was passed fit for the bench.

But the question is: would they have risked him if this had not been an all-or-nothing tie?

BT Sport pundit and former England manager Glenn Hoddle thought not. “If there was a second leg they’d have held Mbappe back,” he said.

The ex-Stoke City man the hero 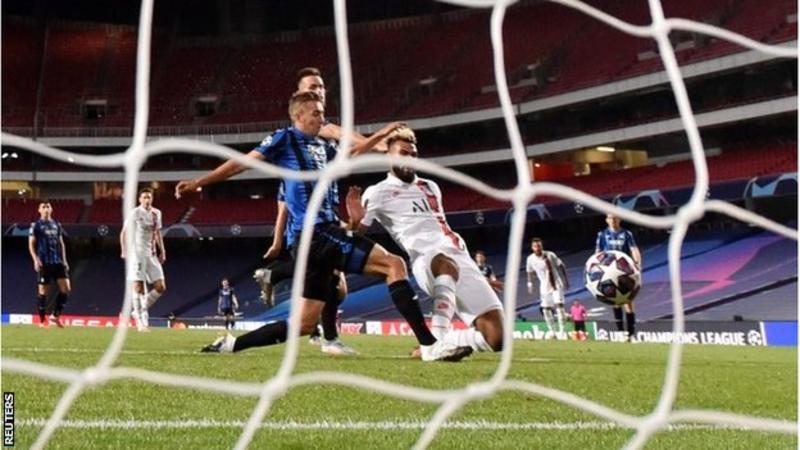 Right, we all had a good laugh when PSG signed Eric Maxim Choupo-Moting on a free transfer from Stoke City. And again when he was guilty of one of the worst misses of all time.

And again when the French champions brought him on when their season was on the line with 11 minutes to go.

But he had the last laugh.

Cameroon forward Choupo-Moting scored the winner – with one of his six touches – from Mbappe’s cross, only 149 seconds after Marquinhos’ equaliser.

“I thought when I was coming on: ‘We can’t lose, we can’t go home like this.’ I was confident in myself and the team. It was a little history of Paris,” the 31-year-old said afterwards.

James Hardy countered with: “Can’t do it on a cold Tuesday in Stoke, but can do it in the middle of a heatwave in Lisbon.”

Choupo-Moting only scored five goals in his season at Stoke – none on a Tuesday, let alone a cold one.

The sublime to the ridiculous for Neymar 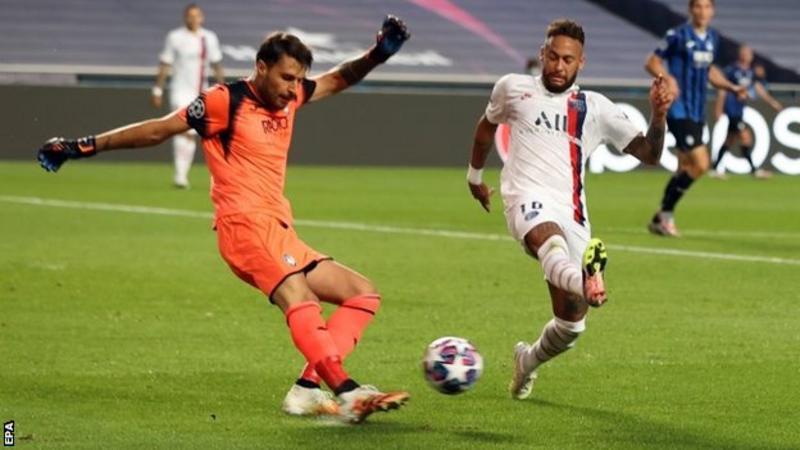 Neymar scored in a Champions League final victory for Barcelona five years ago and was widely expected to be the man to deliver the trophy to Paris when PSG dished out 222m euros (£200m) for the forward in 2017.

But the club had not gone beyond the last-16 stage with him in their ranks before this season.

On Wednesday, the Brazil star managed to fit two games’ worth of form into one match, rising from the ridiculous to the sublime across 90 minutes.

He should have put them ahead in Lisbon inside three minutes and missed another great chance before the break.

But there was also the nutmegging of Atalanta’s goalscorer Mario Pasalic, beating two more men and shooting a yard wide from 20 yards. He ended the game with seven shots, four key passes and an assist.

“I never thought of going home,” he said.

“No-one will take this desire to go to the final away from me. We are a great group, we are a family, so we know that with this state of mind, it is impossible to eliminate us.

“My desire is to win the Champions League – it was there long before arriving here.”

Should one-legged ties be here to stay?

The one-legged nature of this tie helped the late drama. Would PSG have gone all out for late goals if they had another game next week?

Hoddle said: “It makes things gung-ho and exciting. In knockout situations and a one-off like that you just want those champagne moments. We got 149 seconds of magical play and they’ve won the game. I still do like the two-legged affairs though.”

James on #bbcfootball said: “Uefa should do this format from now on for both Europa League and Champions League. One-legged ties at neutral venues are so much better and more entertaining. Loved tonight’s game. Plus you couldn’t get through on the joke that is the away goals rule.”

Michael Reid said: “I absolutely love this end-of-season knockout format! One-legged games, both teams needing to go for it!”

What do you think?

If you are viewing this page on the BBC News app please click here to vote.

Not everyone had such a good experience amid the drama though.

Adam tweeted BBC Sport to say: “Devastating 20 mins… Daughter wakes up screaming on 87 mins. As I pick her up, she pokes me straight in the eye (which is still hurting). Turns out she’s done an explosive poo. Back downstairs to find out PSG have scored twice in injury time.”