Charlie Nicholas returns with his European predictions ahead of the quarter finals of the Champions League and the Europa League.

Sevilla have been the kings of the Europa League for a long time. When you look at Sevilla, they have mostly been a team that have been coming and going in La Liga.

With fans, there was always something about it being a hostile place to go to, but who were the danger men? They were always in attack.

This season was better, finishing fourth on goal difference behind Atletico Madrid. Sevilla have pace, power and the ability to make games awkward. Lucas Ocampos is a threat and a real handful, but the days of Frederic Kanoute have drifted, and they do not have players with real superstar status, although they do have dangerous competition status. They do know all about it.

Wolves have looked sluggish since the restart, when I was expecting the opposite, but this is a challenge their players will enjoy. It is a one-off fixture at a neutral situation, where it can be awkward.

Wolves will enjoy this and Sevilla may not be able to work them out – Raul Jimenez got them through the last tie against Olympiakos and the Mexico striker will get them through again. 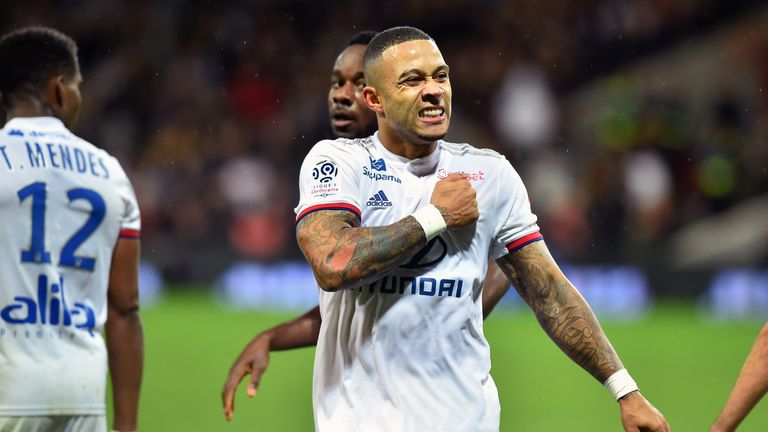 Most teams make chances against City in reality. Lesser teams in the Premier League have done it, as we saw against Norwich in the past along with other teams, so Lyon can do it.

Memphis Depay is now a real player and will love this scenario. He was too self-indulgent at United and that is how he sees himself. He is a star player, but at Lyon you see it a lot more than at United, and for that reason he is a dangerous prospect for the City defence.

Moussa Dembele seems to be in and out of the team, so I cannot work that out. He was linked with Chelsea, and was bought for a fair value from Celtic.

How will Lyon set up? You have to get hold of the ball and Lyon may only get 30 per cent in the game, but what will they do with it in that time?

What we saw with City against Real Madrid was enough. Raheem Sterling’s pace, Gabriel Jesus has got his confidence back with a nice finish, and Kevin De Bruyne is simply wonderful to watch.

I was encouraged by the position Pep Guardiola played Phil Foden in against Real. The youngster will be ahead of Riyad Mahrez, but Pep could turn it and say this week you are not! That is the edge that he likes to keep them on.