Chelsea have been backed to sign Sergio Reguilon as a solution to their issues at left-back. Spanish football expert Alvaro Montero believes the Blues could snap up the Real Madrid defender for as little as £22.6million with Los Blancos looking to raise funds.

Chelsea are currently overhauling their squad ahead of next season and have already secured two new signings in the form of Hakim Ziyech and Timo Werner.

Ben Chilwell was believed to be Chelsea’s priority target at left-back but Leicester could demand as much as £80m for the England international.

A number of cheaper options have ben touted, with Nicolas Tagliafcio, Alex Telles, Robin Gosens and Marc Cucurella all linked with a move to Stamford Bridge. 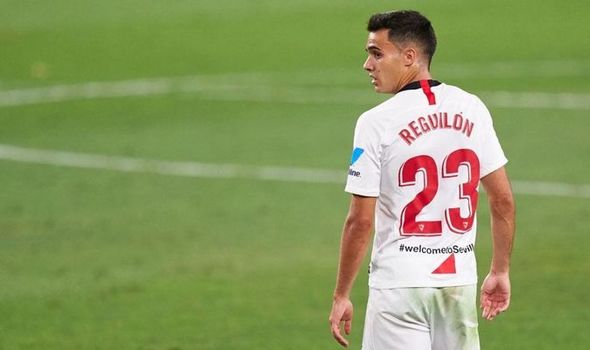 But now promising Real Madrid ace Sergio Reguilon appears to be the most likely signing after impressing on loan at Sevilla this season.

The 23-year-old helped the Andulasian club to a top-four finish in La Liga and Champions League qualification.

And Sevilla are keen to re-sign Reguilon on loan once again next season but Chelsea could be in the driving seat to secure a deal, according to Montero.

Speaking to Sky Sports about Chelsea’s interest in Reguilon, he said: “A very good option, I think it could happen personally.

“I think we have to remember because of the coronavirus crisis Real Madrid need to sell players such as they did a few weeks ago with Achraf Hakimi to Inter Milan.

“So Reguilon is a good option. We have to remember that he is a 23-year-old player and Real Madrid don’t want any more loans.

“Chelsea have asked for a loan but Real Madrid think this is a good moment to sell him.

“So €25m (£22.6m) will be a very good option, especially because of the good relationship between Chelsea and Real Madrid. 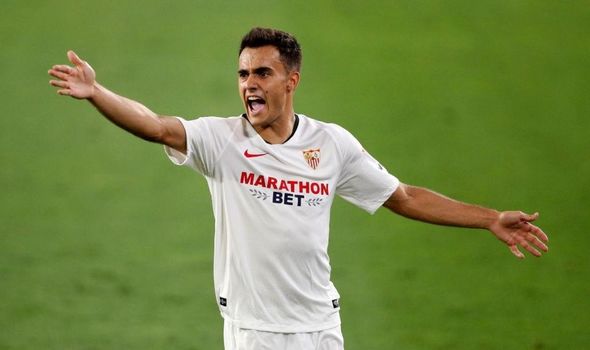 “Real Madrid will ask for an option in the future to return the player to Madrid, but the question is no loans – €25m is an option, obviously selling him and not with a loan.”

The Blues are reportedly in advanced talks to sign Reguilon, although they face competition from Everton who have already tabled an £18m offer.

Chelsea currently have Marcos Alonso and Emerson Palmieri at left-back, but the latter is almost certainly set to be sold with Juventus manager and former Blues boss Maurizio Sarri keen on a reunion in Turin.