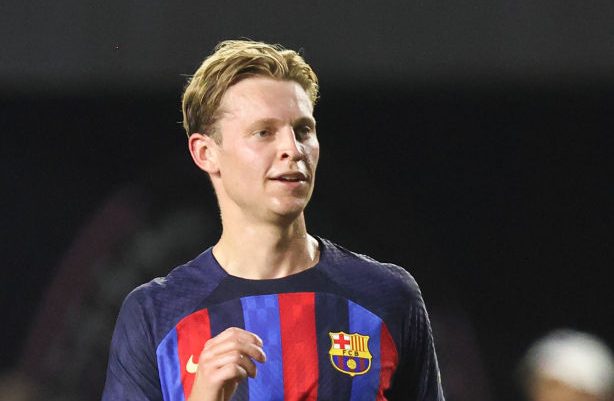 Chelsea have begun talks with Barcelona to sign Frenkie de Jong ahead of Manchester United, according to reports.

United have been pushing to sign De Jong all summer with Erik ten Hag identifying the Netherlands international as one of his top transfer targets.

An €85 million deal (£71m) was agreed between United and Barcelona earlier this summer but the midfielder is understood to be reluctant to join Ten Hag’s side, primarily due to their lack of Champions League football.

Barcelona are open to selling De Jong as they need to improve their financial situation having spent spent over €150m (£125.3m) on signing Raphinha, Robert Lewandowski and Jules Kounde this summer, while Andreas Christensen and Franck Kessie have also arrived on free transfers.

However, De Jong’s preference has been to remain at Barcelona, while the 25-year-old is also refusing to leave until his settle his unpaid salary dispute is settled after he agreed to defer around €17m (£14m) in wages to help the club’s financial situation.

According to The Athletic, Chelsea are now in talks with Barcelona for De Jong and are ‘optimistic’ that an agreement can be reached.

Spanish newspaper Sport also report that Chelsea are in talks with Barcelona and the Spanish club are asking for an €80m (£66.8m) fee for De Jong.

The report also claims that De Jong could now change his mind about staying at Barcelona due to Chelsea being able to offer Champions League football.

The Spaniard, who was wanted by Manchester City, has already agreed personal terms with Chelsea.

Is there a better fit than Rodgers to follow Pep at Manchester City?