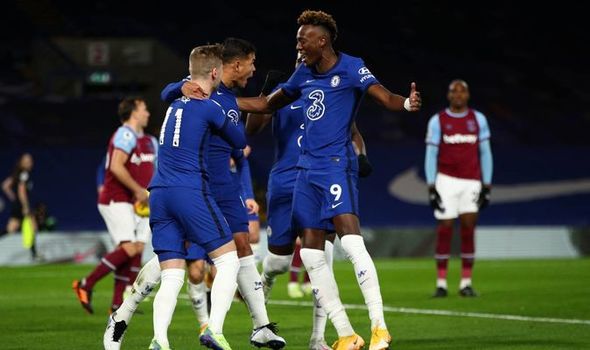 Frank Lampard has lauded Thiago Silva after a brilliant performance in Chelsea’s 3-0 win over West Ham. The Brazilian opened the scoring and put in a dominant display to keep the Blues’ London rivals at bay.

Silva joined Chelsea on a free transfer in the summer after leaving French side Paris Saint-Germain.

After powering home a header after just 11 minutes to give the Blues the lead, Silva helped the Blues to another clean sheet.

Speaking afterwards, Lampard admits he was surprised how good the player has turned out to be.

“I remember playing in the Premier League at 36 and I couldn’t play like he’s playing,” Lampard told Sky Sports.

“I could feel it at that stage of my career so I was probably a bit tentative [about him]. I knew he was a top player, he’d been a great player for a long time.

“But the pressures of the Premier League when you’ve never played here and played in France for quite a long time. No disrespect.

“He probably has exceeded it slightly but really I shouldn’t have been surprised.

“Now that I’m working with him I can see the quality, the preparation, the reading of the game.

“He’s really studious about the game, he’s been a great addition to us on and off the pitch.”