Chelsea boss Frank Lampard says he wants the future of Willian to be decided this week amid interest from multiple clubs in the Brazilian.

Willian was a big miss for Chelsea on Saturday as they were beaten 2-1 by Arsenal in the FA Cup final.

The 32-year-old was pictured in the stands at Wembley talking to some of the unavailable Arsenal players and raising suspicions amid rumours of a move to the Emirates.

Willian is represented by Kia Joorabchian, who is having a growing influence on Arsenal transfer dealings.

Willian has been locked in talks with Chelsea over a new deal but his request for a three-year deal is yet to be met. 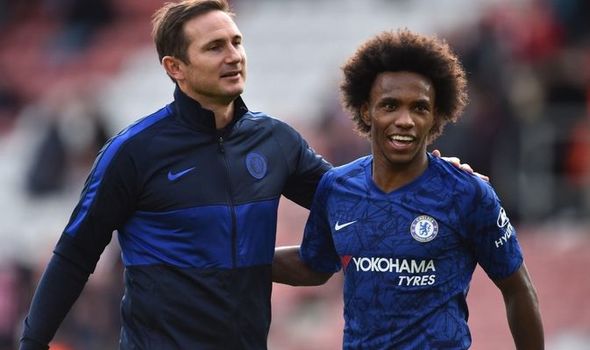 Arsenal are understood to be willing to give Willian the longer term contract, despite his age, and add trophy-winning experience to the team.

But while Lampard is desperate to keep hold of Willian, he says Chelsea will move on if they can’t.

“It is his decision, I haven’t got that answer,” Lampard said.

“I know the situation at the club’s end. I have a great relationship with Willian, but I don’t actually know what the decision is. 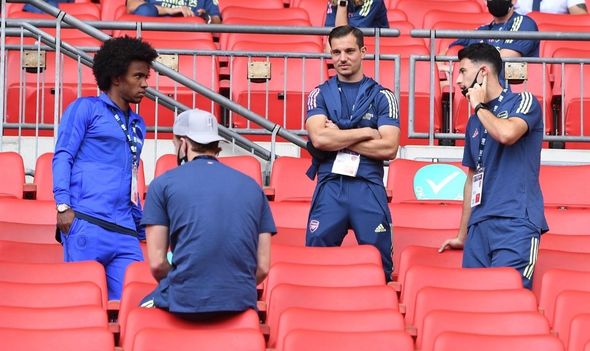 “If that happens over the next whatever days, as he said, then that would be good for me in either way. Of course, I am very happy with Willian.

“He has been brilliant for me this season with his input and work ethic, within the squad.

“But it is his choice and I respect his choice. He has been a great servant for Chelsea if he decides to move on, and if he does decide to move on then Chelsea will move on and we have to look forwards ourselves.”

Meanwhile, Chelsea captain Cesar Azpilicueta insists referee Anthony Taylor was not to blame for their defeat to Arsenal after the official was criticised for his decision to send off Mateo Kovacic.

“We have to look at ourselves. We know two weeks ago when we played against Man United, we really controlled it.

“We played our game, we were on top of them against a very good side but today we couldn’t do it for 90 minutes and, in the end, that makes the difference.”