Todd Boehly’s search for a new sporting director at Chelsea has reportedly led him to Paris Saint-Germain transfer chief Luis Campos. The Blues’ American owner is thought to be keen to appoint a figure to aid Graham Potter in the transfer market come January.

Since completing a takeover of Chelsea back in late May, Boehly has set about making a number of significant changes to the west London club. One such alteration saw Marina Granovskaia ousted from her role as sporting director and Boehly temporarily adopted the position on an interim basis.

Following a summer in which Boehly invested in excess of £250million on signings, the businessman has sacked head coach Thomas Tuchel and replaced him with Potter. One such assurance made to the former Brighton boss was that he would be entrusted to have a significant say in the club’s transfer activity going forward.

Potter will likely be supported in his recruitment drive by a new sporting director, however it remains to be seen who that will be. According to The Times, Boehly has earmarked PSG’s Campos as Chelsea’s next transfer chief and has already made contact with the Portuguese mastermind, who only joined the French giants in June having previously enjoyed success within director roles at Real Madrid, Monaco and Lille.

Express Sport take a closer look at four players the 58-year-old could look to sign for the Blues, should he fulfil Boehly’s wish of becoming the club’s new sporting director. 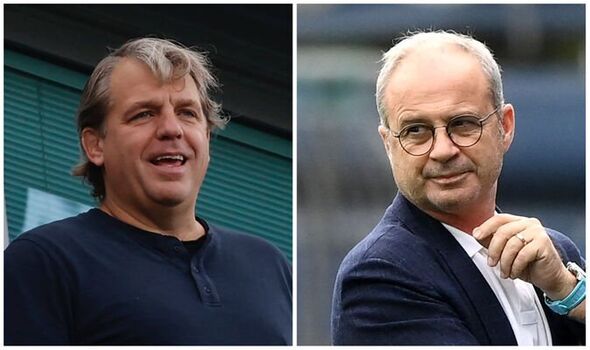 A summer of struggles in the transfer market saw Chelsea’s attempts to add new faces to their squad go right down to the wire. The Blues managed to complete late deals for the likes of Wesley Fofana and Pierre-Emerick Aubameyang, but missed out on other key targets – namely Ajax star Edson Alvarez.

The west Londoners saw a late £43m bid for the Mexican rebuffed, while the player is understood to have stormed out of Ajax training after being denied a move to Stamford Bridge. There’s every chance Chelsea could return for the versatile defensive midfielder in the New Year and Campos’ revered pulling power will give them encouragement that a deal can finally be struck.

Another key target Chelsea failed to land in the summer was AC Milan attacker Rafael Leao. The Blues are understood to have made several approaches to the Serie A side for Leao’s services, but were informed no deal would be entertained unless they were willing to match the Portuguese star’s release clause, thought to be in the region of £128m.

The arrival of Campos to Stamford Bridge would surely be a significant boost in Chelsea’s hopes of finally capturing the 23-year-old who has already struck three goals in six appearances this term. Campos played an influential role in helping Lille sign Leao from Sporting Lisbon on a free transfer in 2018, before selling him on to AC Milan for a £32m profit just one year later. If anyone knows how to negotiate a deal for Leao, it’s Campos. 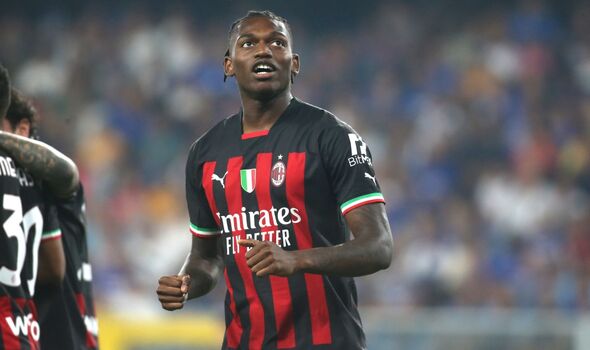 Campos also played a pivotal role in helping Lille acquire one of their current stars in Jonathan David. The Canadian attacker moved to the Ligue 1 outfit from Belgian side Gent in 2020 and, upon signing, credited Campos’ “project” at Lille as a key factor in joining.

With Potter’s Chelsea currently short of options in attack, signing a new striker will undoubtedly be one of their priorities in January. David is a player Campos has already convinced to join one of his clubs before and given the 22-year-old’s impressive record of 36 goals in 103 appearances for Lille, the Blues would likely benefit from adding a player of his quality to their ranks. 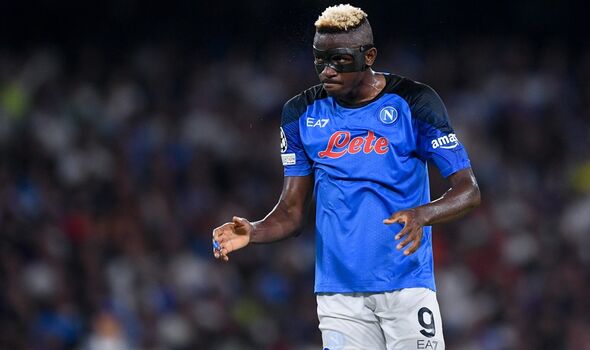 Chelsea’s need for attacking reinforcements in the New Year may also see them turn their attentions to highly-rated Napoli forward Victor Osimhen. The Nigerian international has struck a stunning 30 goals, and registered a further 10 assists, in just 68 appearances for the Serie A side since joining from Lille in 2020.

The 23-year-old was signed by Lille from Belgian outfit Charleroi under Campos’ guidance back in 2019 before being sold on to Napoli for a mammoth £67m just 12 months later. Osimhen is yet another example of a player Campos has closely dealt with before, and Chelsea will hope the Portuguese negotiator can facilitate another move for the striker in the near future – this time to Stamford Bridge.