Chelsea supporters think “agent” John Terry is helping them complete their next summer transfer after the former defender posted a photo on Instagram of himself meeting West Ham ace Declan Rice.

Frank Lampard is desperate to bring in a centre-back this summer and he has made rice his top target.

Although deployed in a holding midfield role by David Moyes, Rice is equally accustomed to slotting in at the heart of the defence.

The 21-year-old was released by Chelsea’s academy in 2013 and went on to progress through West Ham’s youth system.

Now the Blues want their former youngster back and are willing to spend big this summer.

Terry, who is Aston Villa’s assistant manager, posted a photo of himself sat at a table alongside Rice. 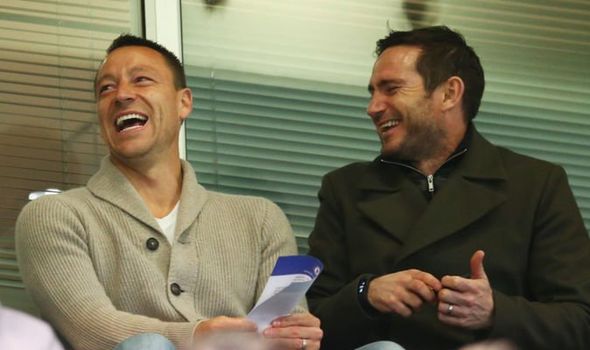 He wrote: “What a CB partnership this would have been @declanrice. I’m playing LCB though.

“Good to catch up mate, unbelievable player who will continue to get better and better.”

Rice replied: “Was great to see you and have a catch up after so long geeza! Top man JT.”

The meeting has sparked a frenzy among Chelsea supporters who think Terry is helping Lampard get a deal over the line.

One fan wrote: “Agent Terry recruiting him to Chelsea.”

And another added: “Lovely bit of poaching there on behalf of Chelsea JT.”

A third Instagram user said: “Sign him up boys @morriskid @franklampard. JT will want a cut though.”

While a further person commented: “Blimey Frank got all the guys on this one.” 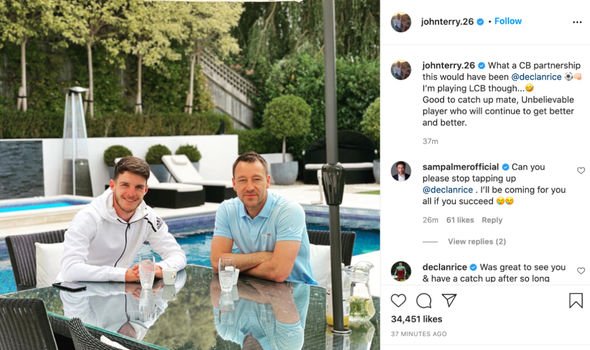 Chelsea have yet to make an initial bid for Rice but West Ham boss Moyes acknowledges he will have to let the star go if the right offer is made.

“I’m confident he will be here [next season] because he’s under contract,” Moyes said.

“But like anything else, whatever club you’re at even the biggest clubs sometimes sell their best players because they get the right value.

“But my intention is not to sell Declan at all, my intention is to keep him. But we can’t stop other clubs making offers, but the truth is we’ve had no offers or nothing, nobody has come to us.”

Coronavirus: K-League set for kick off as football finally resumes in South Korea